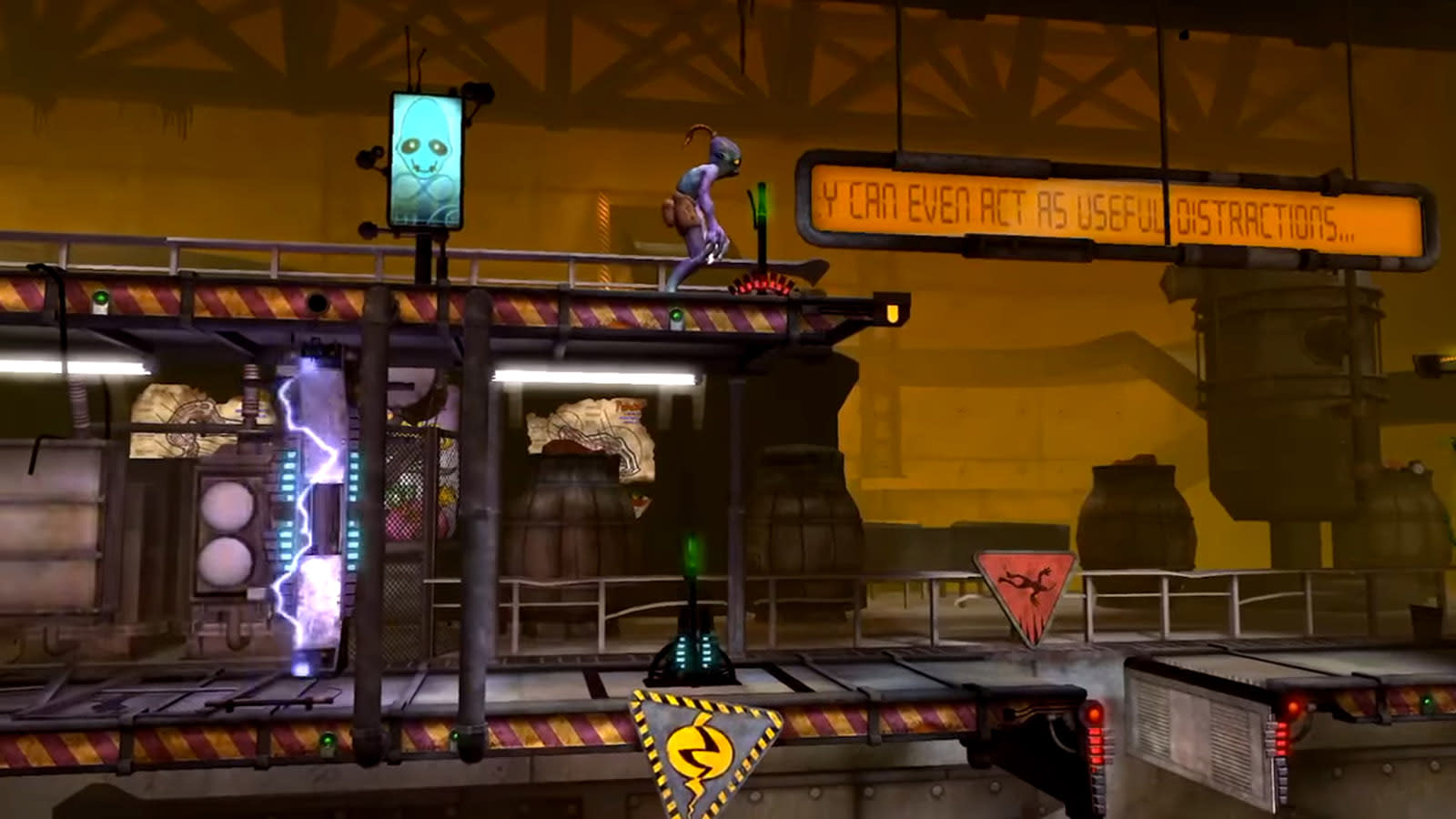 If you're looking for a premium mobile game without in-app purchases, there's good news: Oddworld: New 'n' Tasty has arrived on iOS, Android and NVIDIA Shield. The 2014 console game, based on Lorne Lanning's Oddworld: Abe's Oddysee has been re-purposed for mobile with new controls for a small touchscreen, letting you swipe on the side of the screen to perform actions like "use," and "sneak." It also has full external controller support, and you can resize or move buttons. And did I mention there's no in-app purchases?

The Oddworld team says that you can tweak graphic options if your smartphone isn't up to the game, lowering resolution or turning off post-effects. They've also added a new tutorial complete with pop-ups, and ease you into the game's starting area more gradually than before.

Touch Arcade notes that the 2.5D puzzle-oriented platformer already uses most of your controller's buttons on PS4, so the mobile game's on-screen touch controls can get a little busy. Shield users are already good there, but iOS and Android users might want to consider MFi or Android controllers. Oddworld: New 'n' Tasty is now on sale on iOS, Google Play and NVIDIA's Shield Store for $7.99

In this article: Android, gaming, iOS, mobile, MobileGaming, NewNTasty, nvidia, oddworld, Shield
All products recommended by Engadget are selected by our editorial team, independent of our parent company. Some of our stories include affiliate links. If you buy something through one of these links, we may earn an affiliate commission.