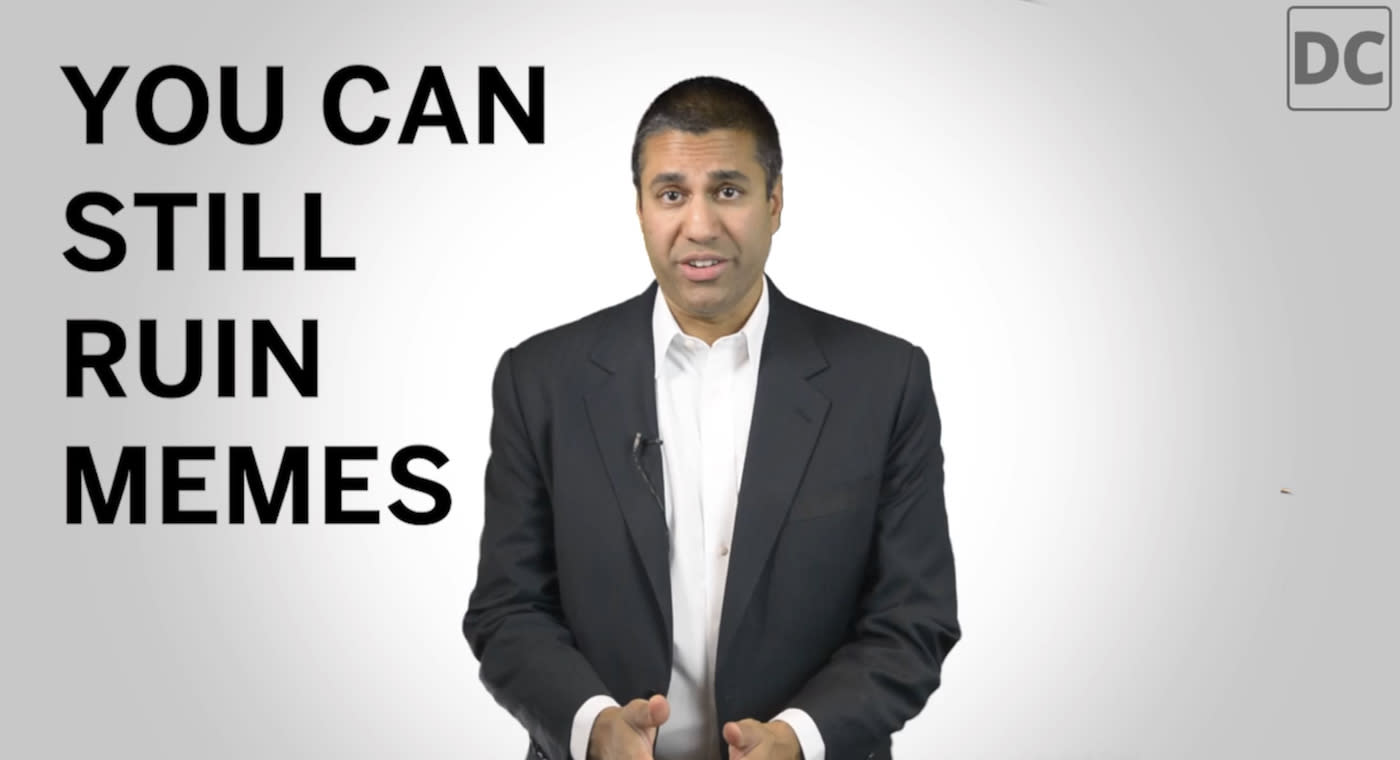 Remember when "Harlem Shake" musician Baauer said he'd take down FCC chairman Ajit Pai's video marking (and really, trivializing) the death of net neutrality? He meant it... although his effort didn't last long. The Verge notes that Baauer's label Mad Decent successfully removed the video from Daily Caller's YouTube channel with a copyright notice for a whopping 7 hours -- not much more than a momentary blip. The brief success is highlighting the concerns about the "shoot first, ask questions later" approach to copyright takedowns at sites like YouTube.

Daily Caller cried conspiracy and claimed that Google was abusing its power to "censor the internet." Well, no, it's not -- Google isn't obligated to host anything and everything. However, as we discussed in a previous story, the use of "Harlem Shake" was likely protected under fair use both due to its 20-second longevity and nature as a parody. And that makes Mad Decent's takedown request problematic.

As YouTube takes down videos virtually the moment it receives a Digital Millennium Copyright Act takedown notice, Baauer could effectively misuse the law to inflict damage (however temporary) on DC with few consequences. The burden was on DC to fight the notice after the video went down. Yes, Pai's clip is one of the most loathed videos on the internet (over 169,000 dislikes and counting), but that just underscores the point -- the DMCA isn't supposed to be used to enable personal vendettas, no matter how many people support a given cause.

In this article: ajitpai, copyright, dmca, fcc, gear, harlemshake, internet, maddecent, netneutrality, takedown, youtube
All products recommended by Engadget are selected by our editorial team, independent of our parent company. Some of our stories include affiliate links. If you buy something through one of these links, we may earn an affiliate commission.