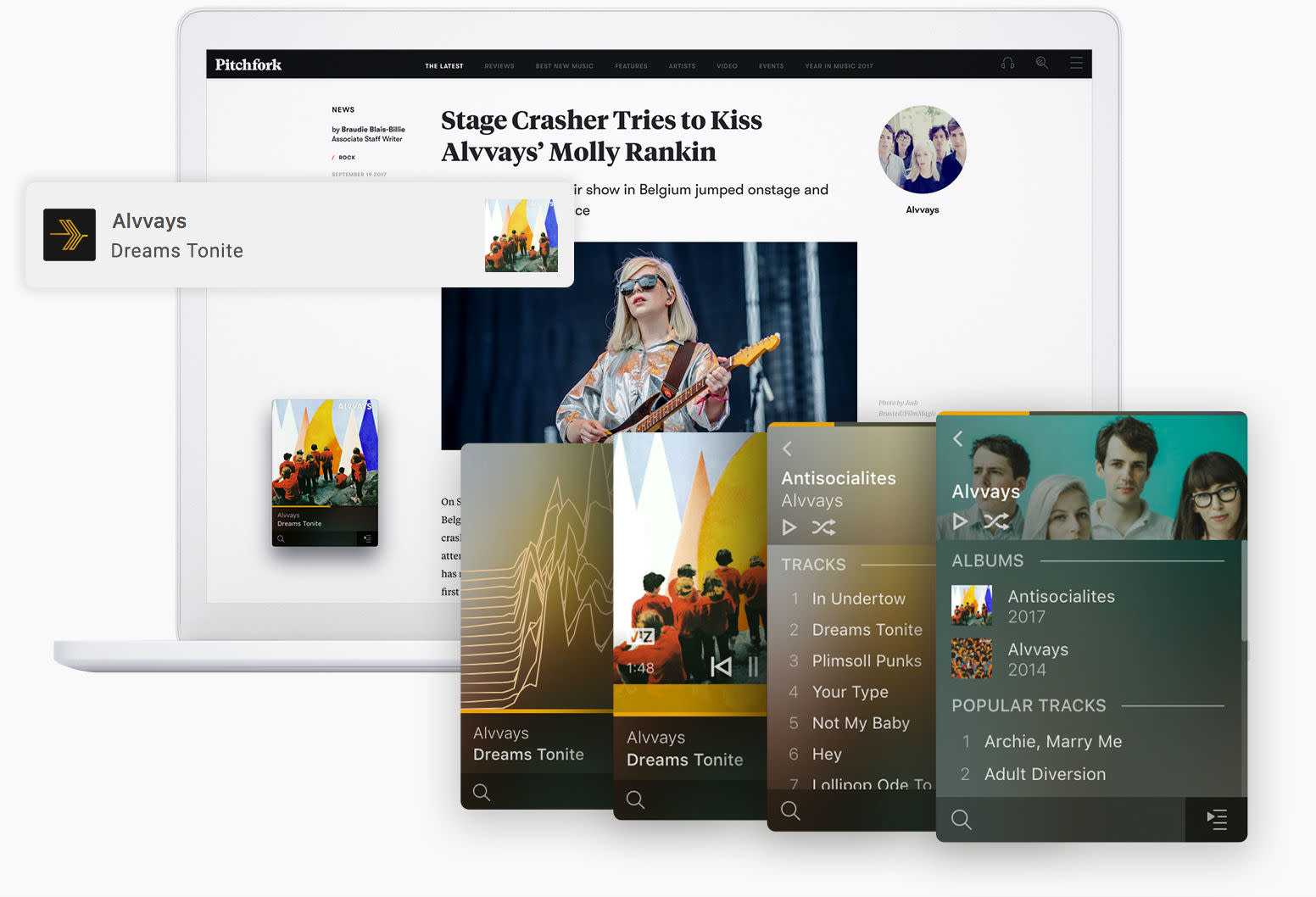 Plex's comprehensive media server, complete with live TV and all-round entertainment playback, is a big draw for cord cutters. But, it seems the company is itching to unleash even more products. To that end, it just unveiled Plex Labs, a new incubator that promises to deliver internal passion projects and give shout-outs to work from its community (as long as it's not piracy related, of course). The incubator's first product is Plexamp: a desktop music player that crams tons of features into its tiny, Winamp-inspired, package. If you already use Plex for music, then you'll probably want to check out the free player, which works on macOS and Windows.

While it's name and unobtrusive, single window design channels Winamp (a local Windows file-player from a simpler time), Plexamp is built from open-source audio player Music Player Daemon -- along with a mix of ES7, Electron, React, and MobX tech. It all makes for the smallest Plex player in terms of pixel size. Though, you can play around with its dimensions using four amusingly titled fits, among them "Nihilist" and "Hipster."

A choice of 11 visualizers should appeal to those who still fire them up on iTunes. Another nod to Apple comes in the form of media keys for music controls and a Spotlight-style global activation hotkey, that helps with scouring your music library. More keybindings are available for advanced users too. On the audio side, gapless playback and soft transitions are thrown in for album-obsessed purists.

Plexamp is also launching with a bunch of features that will be limited to Plex Pass subscribers in the future. They include loudness levelling for normalizing playback, smart transitions between tracks, and "soundprints" that use an album artwork's color palette to create track visuals. There's also "waveform" for a graphical view of tracks, and library radio stations.

In this article: av, gear, MediaServer, MusicPlayer, plex, Plexamp, PlexLabs, winamp
All products recommended by Engadget are selected by our editorial team, independent of our parent company. Some of our stories include affiliate links. If you buy something through one of these links, we may earn an affiliate commission.