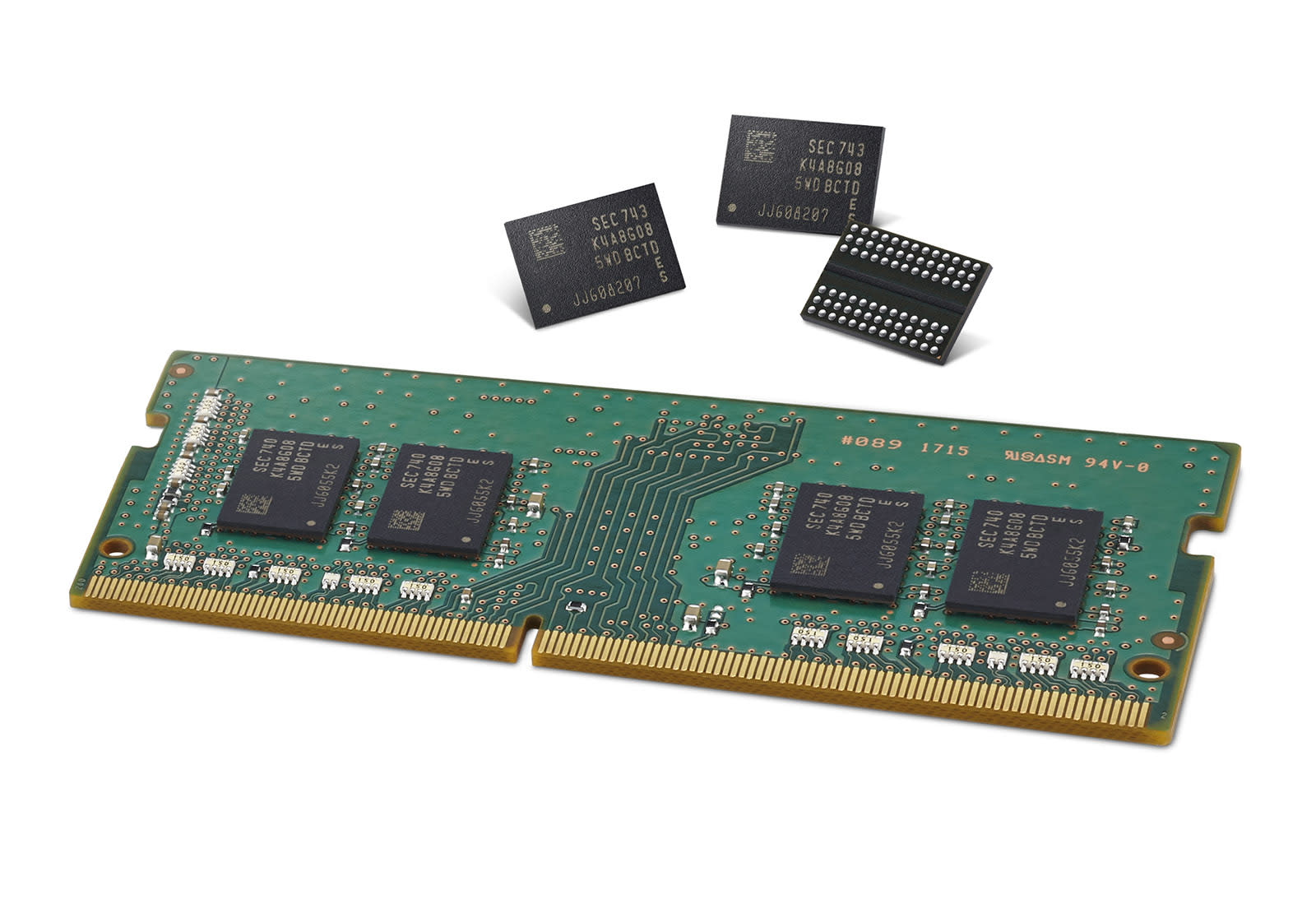 Samsung has built the smallest 8-gigabit DDR4 RAM chip ever using its second-generation 10-nanometer manufacturing tech, it said in a news release. The chips are 15 percent more energy efficient and run 10 percent faster than the last generation, launched just 20 months ago. Productivity for the chips is also up 30 percent, meaning that wafer throughput and yields will let it build more of the chips in the same time. That should make RAM for your computer cheaper and easier to find in the near future.

The chip division didn't use a new fab process to make the RAM smaller, but rather just added some new tech. Specifically, it's using more efficient error checking and "a unique air spacer" around bit lines that decreases parasitic capacitance caused by the close proximity of modern chip traces.

Samsung Electronics is a wildly successful division of the company that generates a big chunk of its profits. It builds the processors for companies like Qualcomm, and also manufacturer DRAM, GDDR5 RAM for graphics cards and non-volatile flash storage. It is currently manufacturing 10-nanometer parts, but will soon move to an 8-nanometer process using roughly the same tech. Manufacturing 7-nanometer parts using ultraviolet lithography will be a trickier step, however.

With second-gen 10-nanometer tech apparently nailed down, Samsung is "accelerating its plans for much faster introductions of next-generation DRAM chips and systems, including DDR5, HBM3, LPDDR5 and GDDR6, for use in enterprise servers, mobile devices, supercomputers, HPC systems and high-speed graphics cards," it says. It will also build more of the first-generation chips to better fill jammed up supply channels -- none of which is good news for rivals like Intel and Toshiba.

In this article: 10-nanometer, 8-gigabit, chips, DDR4, DRAM, gear, personal computing, personalcomputing, samsung, Smallest
All products recommended by Engadget are selected by our editorial team, independent of our parent company. Some of our stories include affiliate links. If you buy something through one of these links, we may earn an affiliate commission.