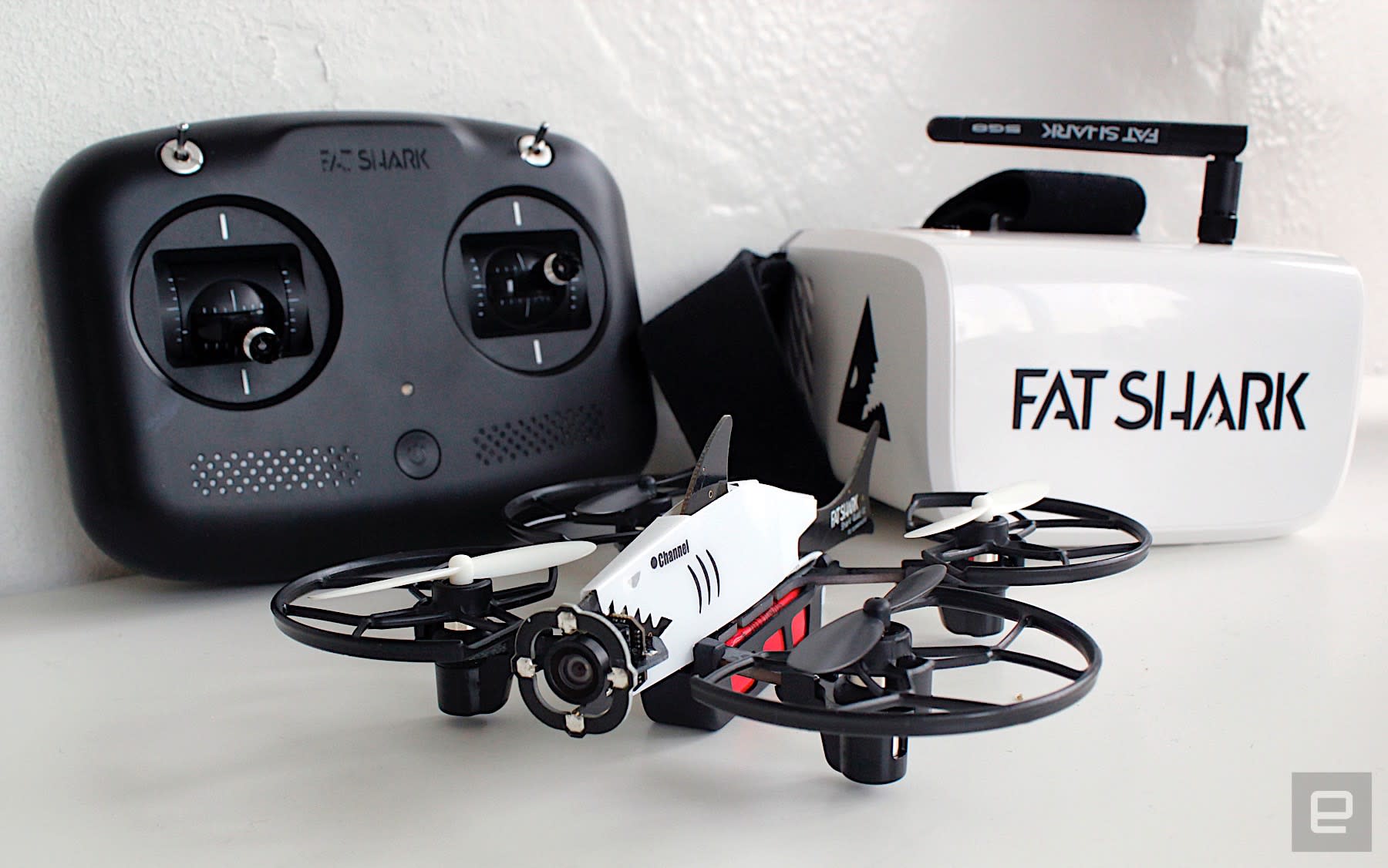 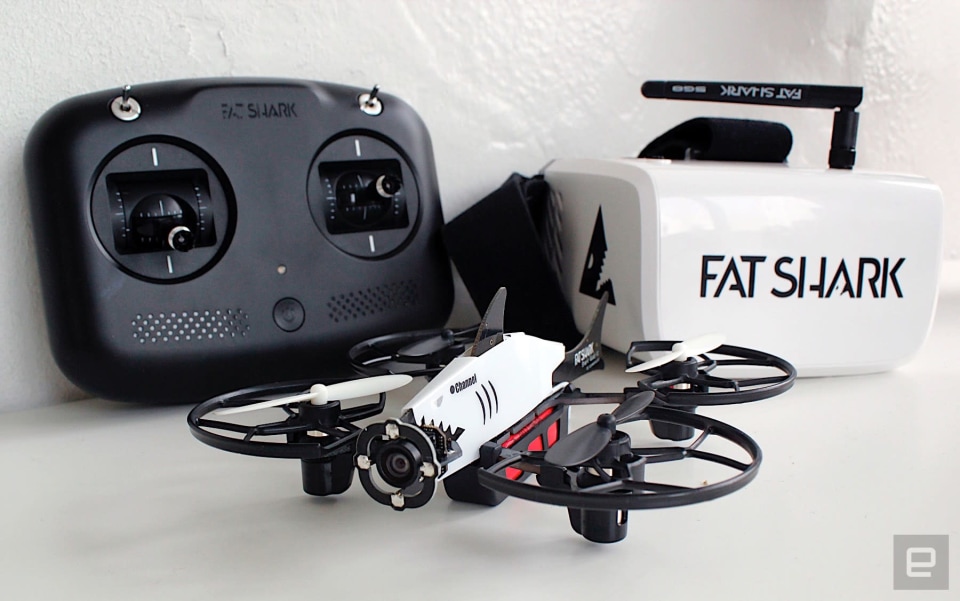 Fat Shark, the de facto name in drone-video goggles, is moving into the drone game proper with the 101 "drone training system." As the name suggests, the 101 is a quadcopter with new pilots in mind. There are many options at the entry level -- Parrot has plenty -- but these tend to be aimed at casual users. The 101 targets those who might eventually want to move on to something more serious but aren't ready to invest in a full kit yet. Or maybe this will appeal to those who are curious about first-person view flying (FPV) but don't know where to start. Basically, you start here.

The proposition is simple: The 101 comes with everything you need. That means the mini quad itself, the radio controller, the all-important FPV goggles and batteries, cables, aerials, and so on. Typically, you'd buy all of these separately, pair them up and hope for the best. Fat Shark isn't the first to take such a frictionless approach, but it's one of the most straightforward and comprehensive implementations I've seen. At $250, it's also pretty affordable compared to buying everything individually. Added into the bargain is the fact that if you decide to move on to a new quad, you won't need to repurchase some of the gear (like you would if you started with Parrot).

As someone who's spent time trawling forums and hobby stores looking for a relatively simple (but not toyish) drone that I can cut my teeth on (and use for FPV flying) the standout benefit here is the balance between the simplicity (the radio has very few buttons, and there's no binding the controller and the drone) and the authentic drone-piloting experience. A Parrot Mambo is easy to fly but doesn't handle like a professional quad, and the WiFi video link can be flaky. The 101 handles more like a racer (there are easier modes to learn with), and the video link from the modest (non-HD) camera to the goggles reaches much further. Our San Francisco office is pretty big, and I managed a few solid laps with nary a glitch (but did incur some nonplussed looks from busy colleagues). For the absolute beginner, the 101 also comes with free access to the DRL's drone-simulator software (just plug the controller into your PC via USB), so you can learn the basics without fear of breaking your new quad.

Most mini quadcopters have one big problem: battery life. Seven or eight minutes of flight time is pretty standard at this size. The 101 doesn't last quite that long, with each USB-chargeable cell lasting about five minutes. You'll get two in the box, but you'll probably want to snag a couple more: Ten minutes in the air will definitely leave you hungry for more.

While Fat Shark is debuting the 101 bundle today, you unfortunately won't be able to make this a late addition to your holiday gift list. Though pre-orders are open, it won't ship until January.

In this article: drone, drones, fatshark, gadgetry, gadgets, gear, hands-on, robots
All products recommended by Engadget are selected by our editorial team, independent of our parent company. Some of our stories include affiliate links. If you buy something through one of these links, we may earn an affiliate commission.