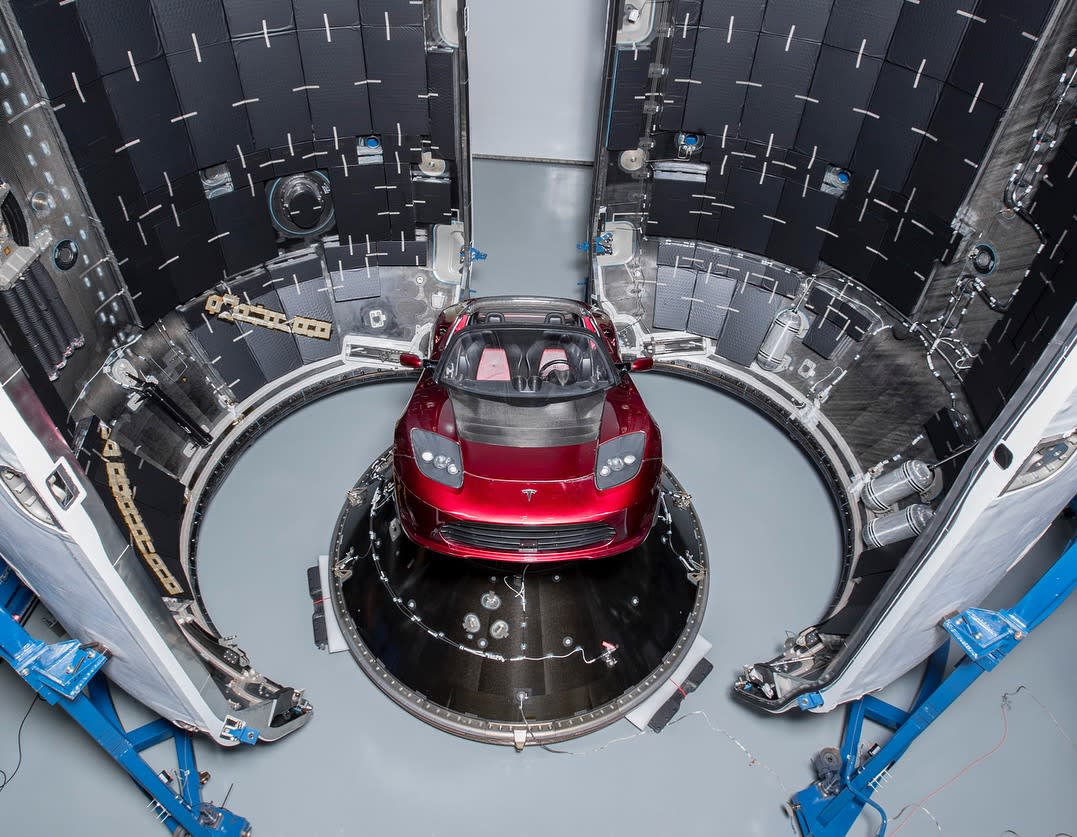 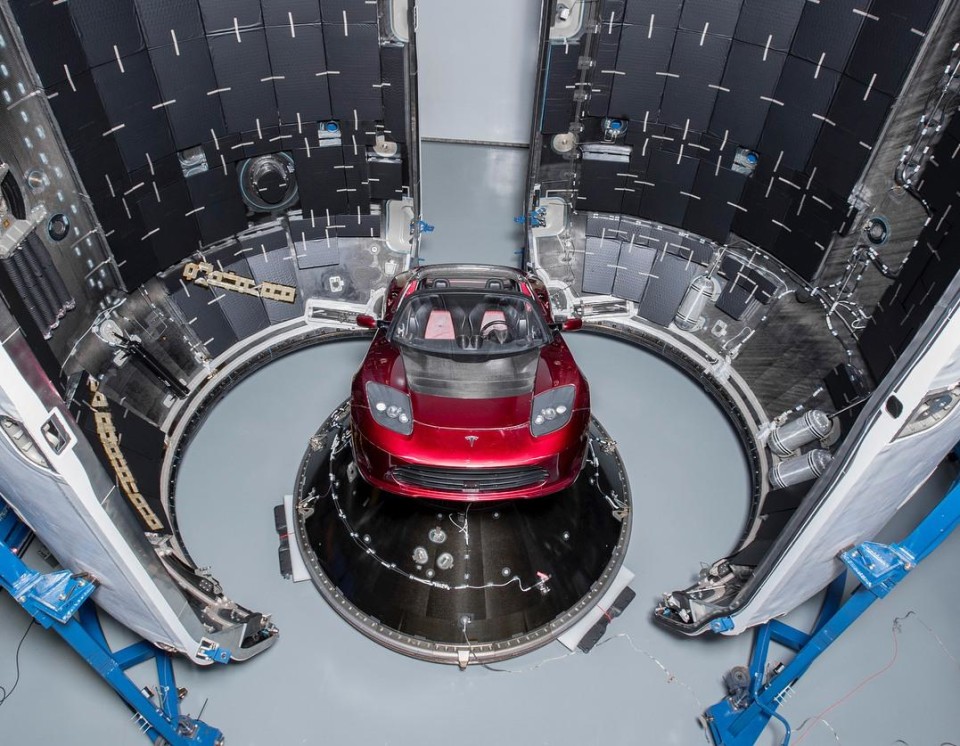 When Elon Musk revealed his plans for SpaceX's Falcon Heavy rocket, he also promised the delivery of his own cherry-red Tesla Roadster to space, all while David Bowie's Space Oddity plays. Not the most subtle of promotions, for sure. Now Musk is teasing us with an even more overblown set of seven photos that show said Roadster prepping to head into orbit near Mars.

The photoset on Musk's Instagram account reminds everyone that test flights usually contain mass in the form of concrete or steel blocks to test load capacity. Instead, Musk decided to launch his own Roadster into an elliptical orbit around the sun, which he says should last a billion years. Which, obviously, may be a bit of hyperbole. Even still, this is some unforgettable imagery, which will likely burn itself into our collective minds as we think of Tesla, Musk or Space X. Which is probably the point.

In this article: ElonMusk, FalconHeavy, gear, Mars, Roadster, rocket, space, spacex, Tesla
All products recommended by Engadget are selected by our editorial team, independent of our parent company. Some of our stories include affiliate links. If you buy something through one of these links, we may earn an affiliate commission.