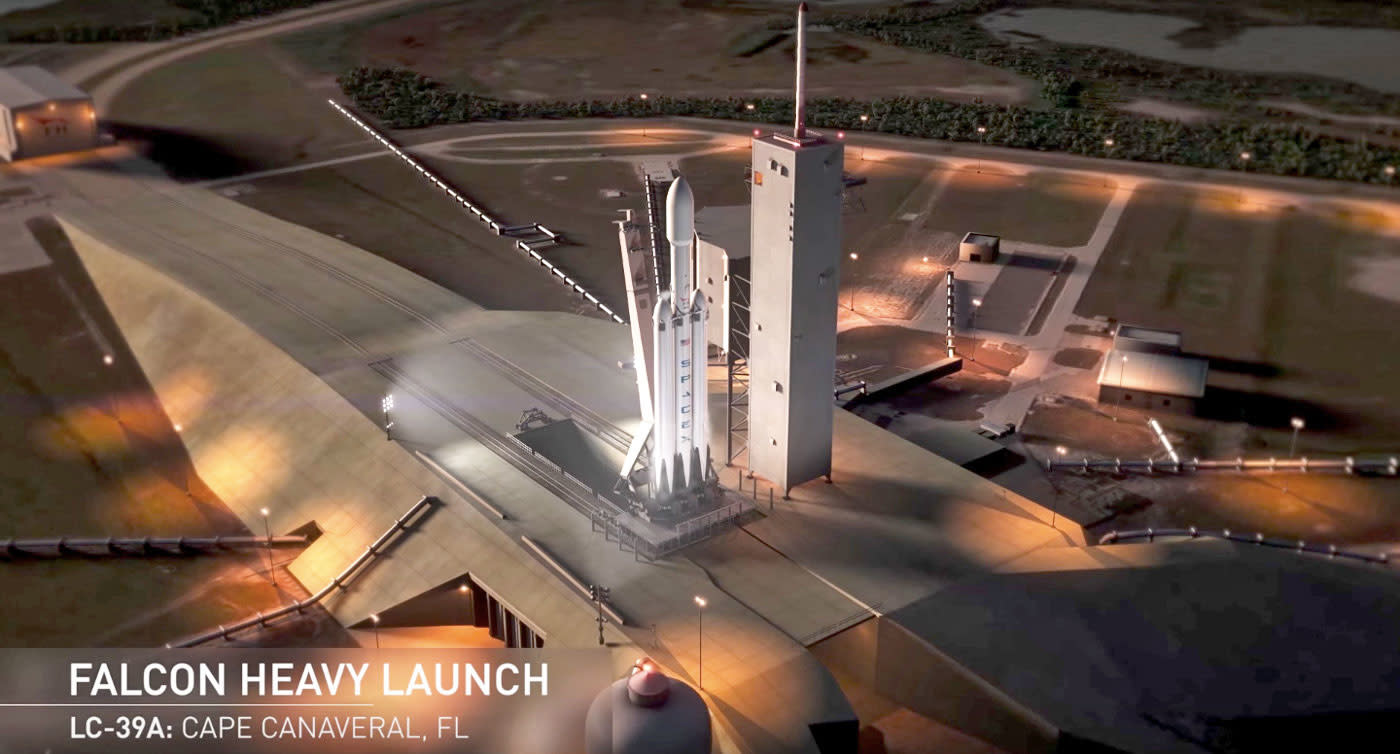 SpaceX chief Elon Musk has revealed the new schedule for Falcon Heavy's maiden flight: the company is aiming to send it to the Martian orbit next month from the same launch pad where Apollo 11 took off. The business magnate has also divulged that Falcon 9's more powerful sibling will carry his personal midnight cherry Tesla Roadster to space. While playing David Bowie's Space Oddity, of course. Musk expects his Roadster to remain in deep space for a billion years -- unless Falcon Heavy blows up on its way to the red planet.

Falcon Heavy to launch next month from Apollo 11 pad at the Cape. Will have double thrust of next largest rocket. Guaranteed to be exciting, one way or another.

Payload will be my midnight cherry Tesla Roadster playing Space Oddity. Destination is Mars orbit. Will be in deep space for a billion years or so if it doesn't blow up on ascent.

While it would be spectacular to see SpaceX's heavy-lift rocket ferry a Tesla to Mars next month, it may be best to temper your expectations. The company pushed back Heavy's maiden flight more than once: it was originally gunning for a summer launch but eventually moved it to November (and then again to December). On the last day of November, SpaceX announced that it had to push the launch back yet again to next year.

Company reps previously spoke of how difficult it is to build such a large rocket powered by three Falcon 9 cores. Musk said at a press conference earlier this year that Heavy might not even make it to orbit the first time it leaves the atmosphere. If that's the case, we'll bet he's already made peace with the possibility of his Roadster blowing up into a million pieces.

In this article: falconheavy, gear, maidenflight, space, spacex, tesla
All products recommended by Engadget are selected by our editorial team, independent of our parent company. Some of our stories include affiliate links. If you buy something through one of these links, we may earn an affiliate commission.