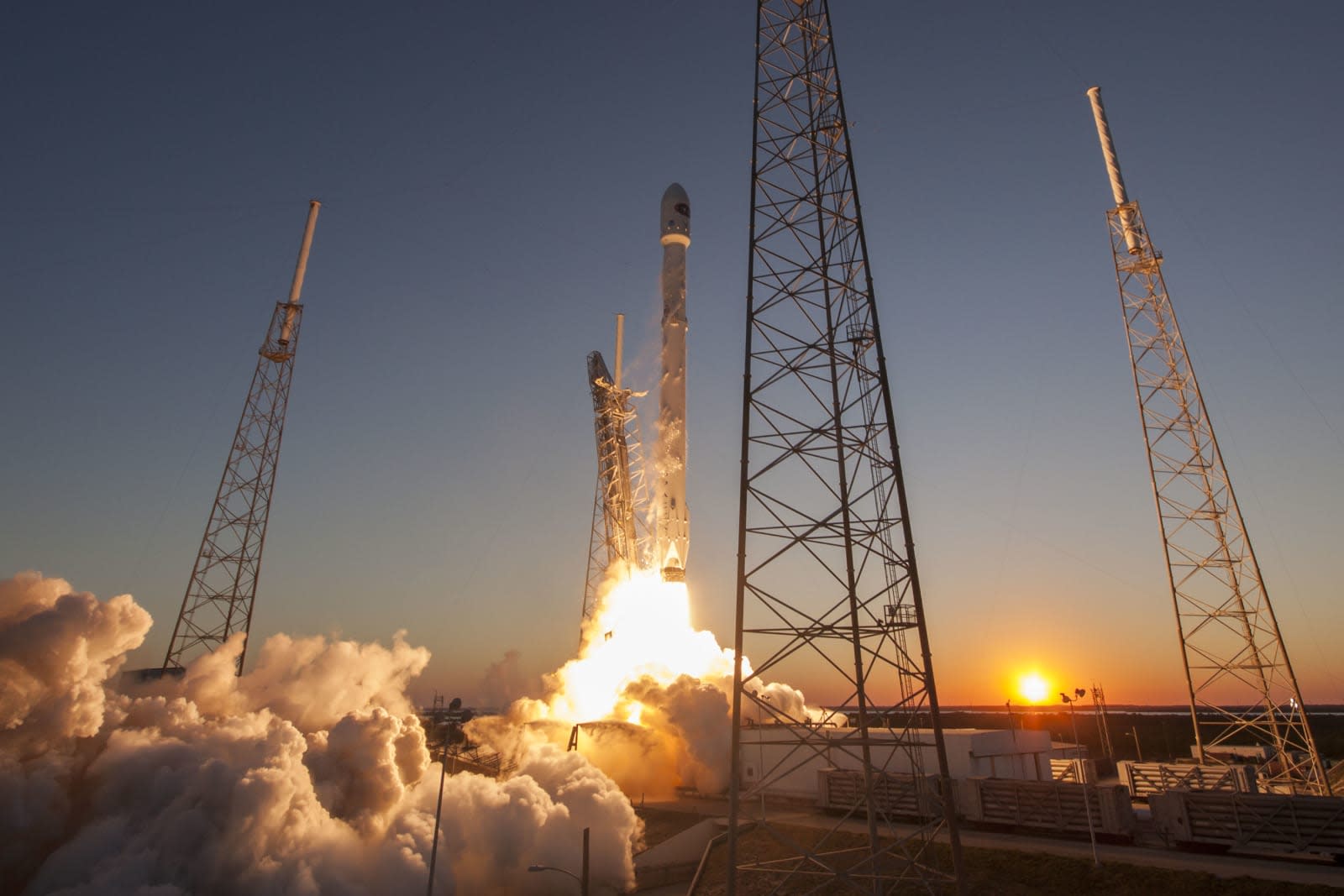 SpaceX's Falcon Heavy rocket has been gearing up for its inaugural launch for quite some time, but multiple delays keep pushing that event later and later. The SpaceX team had most recently been shooting for a launch before the end of this year, but according to reports from Aviation Week and confirmed to us by SpaceX, Falcon Heavy probably won't see a launch before next year.

In an email to Aviation Week, SpaceX President Gwynne Shotwell said, "We wanted to fly Heavy this year. We should be able to static fire this year and fly a couple of weeks right after that." The static fire test will be the first time that all of Heavy's 27 Merlin engines will be fired at once. And if all goes well there, Falcon Heavy should be ready for launch within the first few weeks of 2018.

There have been multiple launch delays with Heavy, which Elon Musk has attributed to the development of such a large and powerful rocket being "way, way more difficult" than SpaceX expected. "Falcon Heavy requires the simultaneous ignition of 27 orbit-class engines," Musk said at the ISS R&D conference in July. "There's a lot that can go wrong there." And because of that, Musk has been very clear about where everyone's expectations should be going into Falcon Heavy's first launch. "There's a real good chance that it does not make it to orbit. I hope it gets far enough away from the launch pad that it does not cause pad damage – I would consider that a win," he said.

In this article: design, ElonMusk, engine, FalconHeavy, gear, GwynneShotwell, launch, rocket, space, spacex, TL18FALC
All products recommended by Engadget are selected by our editorial team, independent of our parent company. Some of our stories include affiliate links. If you buy something through one of these links, we may earn an affiliate commission.