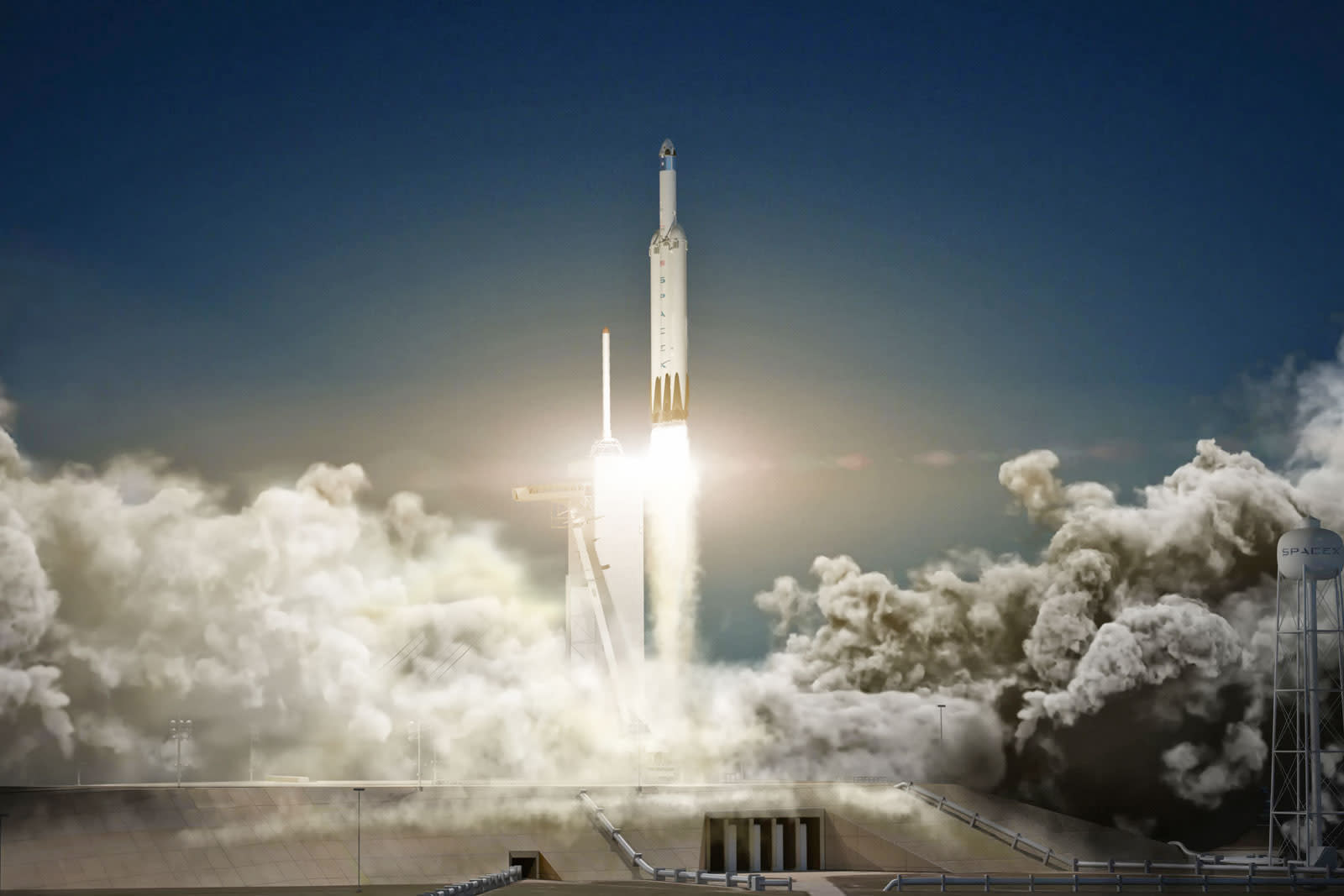 SpaceX's Falcon Heavy rocket has been in the works for so long that it almost feels like the stuff of legend at this point (Elon Musk first unveiled it in 2011), but there are signs that it might make that promised November launch. The private spaceflight outfit has just finished testing Heavy's three first stage cores at its McGregor, Texas facility, ending a cycle that began in May. It's not as dramatic as an actual launch, of course (the image you see above is just a conceptual render), but it's an important step toward prepping the rocket for its debut.

Falcon Heavy ultimately amounts to three Falcon 9 rockets linked together (one of which is strengthened), but it should be crucial to SpaceX's future business. Right now, a solo Falcon 9 can't carry more than 50,000lbs on a one-way trip to low Earth orbit. The Heavy system, however, will haul 140,700lbs into that same orbit, and should be powerful enough to participate in voyages to the Moon and Mars. The sooner the company can get Falcon Heavy into service, the sooner it can handle challenging missions that are barely on its radar.

In this article: falconheavy, gear, rocket, space, spaceflight, spacex, video
All products recommended by Engadget are selected by our editorial team, independent of our parent company. Some of our stories include affiliate links. If you buy something through one of these links, we may earn an affiliate commission.