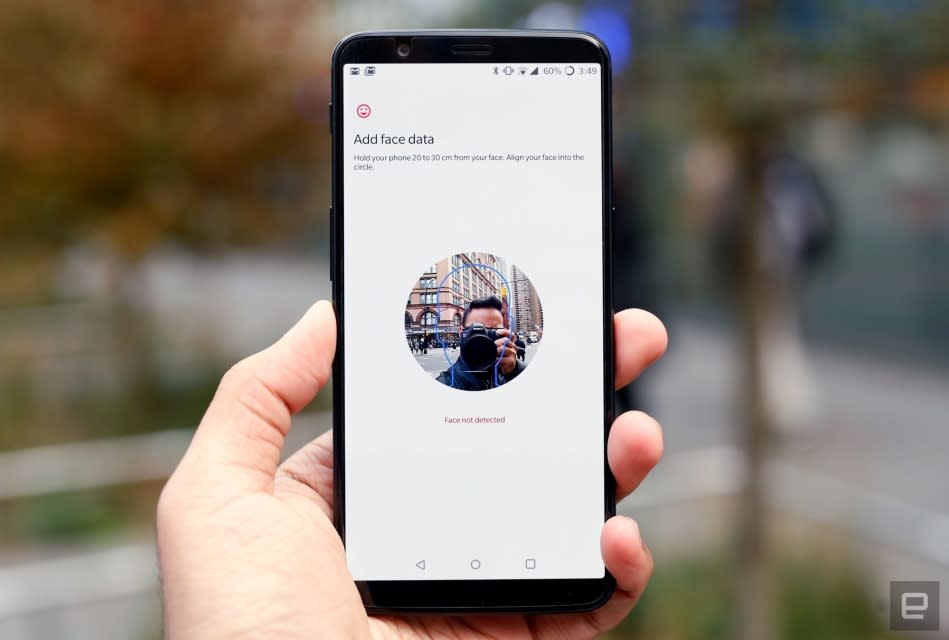 The OnePlus 5T's other party trick (besides the tall screen) is Face Unlock: a quick glimpse at your phone is all it takes to sign in. But is it really worth buying just so you don't have to use a fingerprint reader? No -- and OnePlus knows it. Company chief Carl Pei has tweeted that Face Unlock will be available on the OnePlus 5. He hasn't given a time frame or said whether or not there will be any functional differences, but it's good news for anyone worried that the phone maker would purposefully hold back to drive 5T sales.

The wider access is possible since Face Unlock is strictly a software feature. It's not as secure as Apple's Face ID (which uses depth mapping and projection to verify that it's you), but it's faster and more flexible. If there's a gripe, it's that there's no known plans to bring Face Unlock to older phones like the 3 or 3T. You won't feel burned if you just bought a OnePlus handset several months ago, but you might be out of luck if it's significantly older than that.

Due to popular demand, Face Unlock is coming for the OnePlus 5. Thanks for the feedback, and merry Christmas! 🎅🎄🎁

In this article: android, facerecognition, faceunlock, gear, mobile, oneplus, oneplus5, oneplus5t, smartphone
All products recommended by Engadget are selected by our editorial team, independent of our parent company. Some of our stories include affiliate links. If you buy something through one of these links, we may earn an affiliate commission.