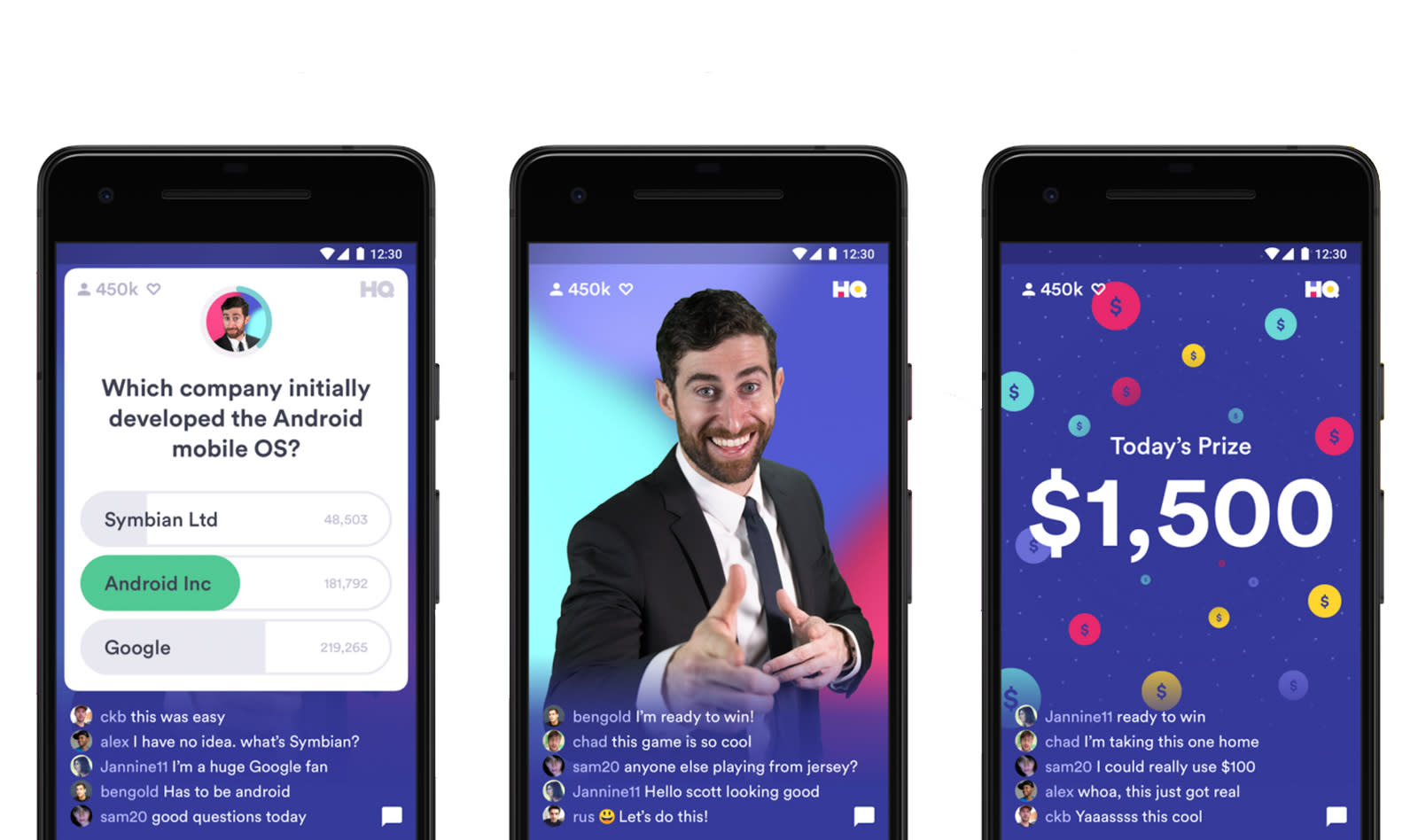 Intermedia Labs is making good on its promise to deliver HQ for Android by the holidays, if only just. The company has revealed that it's planning to make its previously iOS-only live trivia show available to "all" Android users by January 1st. The app arrived in limited beta on Christmas, and Intermedia is "working quickly" to expand availability over the following week. In short, just wait until the new year if you can't jump in right away.

The hype around HQ comes from its simple but involving concept: you tune into a live, twice-daily trivia game show where there's a chance of winning real cash (in some cases, thousands of dollars). The questions are softballs at first, but they get progressively harder to the point where just a small fraction of players might last until the end. That combination of "appointment" gaming and real stakes has led to hundreds of thousands of people playing during each show. The addition of Android should expand the audience even further, or at least reduce the chances of this being a short-lived fad.

In this article: android, app, gameshow, gaming, gear, hq, internet, mobile, trivia
All products recommended by Engadget are selected by our editorial team, independent of our parent company. Some of our stories include affiliate links. If you buy something through one of these links, we may earn an affiliate commission.