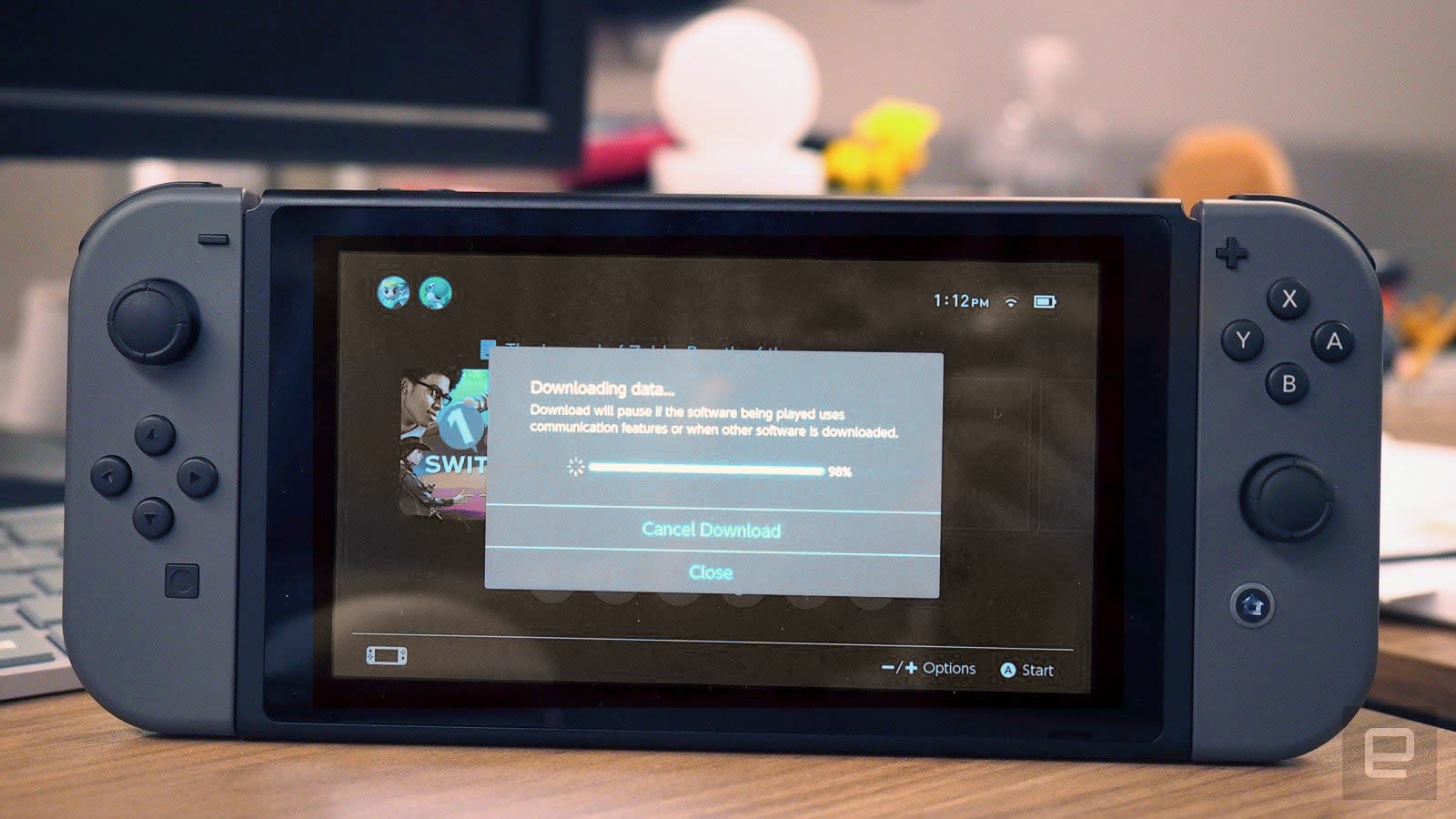 To get around the Switch's current 32GB limit on game cards, Bethesda spilt Doom into two parts. The campaign is what shipped on the game card, and multiplayer was a separate download. It sounds like that might be the norm for a bit longer. The Wall Street Journal reports that Nintendo won't start supplying 64GB game cards until 2019, around six months later than the original mid-2018 target. The reason? Those pesky "technical issues" cropped up again, according to WSJ's sources, and Nintendo wants to ensure that product quality is up to snuff.

As a result, there are a few publishers that might delay releasing games that need the extra space. The expansive launch title Legend of Zelda: Breath of the Wild was only around 14GB. Doom required about the same space, with an additional 9GB for multiplayer. It didn't feature the game's level editor mode, Snap Map, however. When NBA 2K18 was released in September, the physical version required an additional 24GB of space. Things weren't much different for WWE 2K18 a few months later.

In the meantime, there have been deals on Switch-compatible SD cards lately if your internal storage is full up. And you're bound to have at least a bit of cash or a gift card in this post-holiday period, so might as well make the most of 'em seeing as this trend sounds like it'll continue for a while more.

In this article: delay, downloads, gadgetry, gadgets, gaming, gear, nintendo, nintendoswitch, sdcard, switch
All products recommended by Engadget are selected by our editorial team, independent of our parent company. Some of our stories include affiliate links. If you buy something through one of these links, we may earn an affiliate commission.