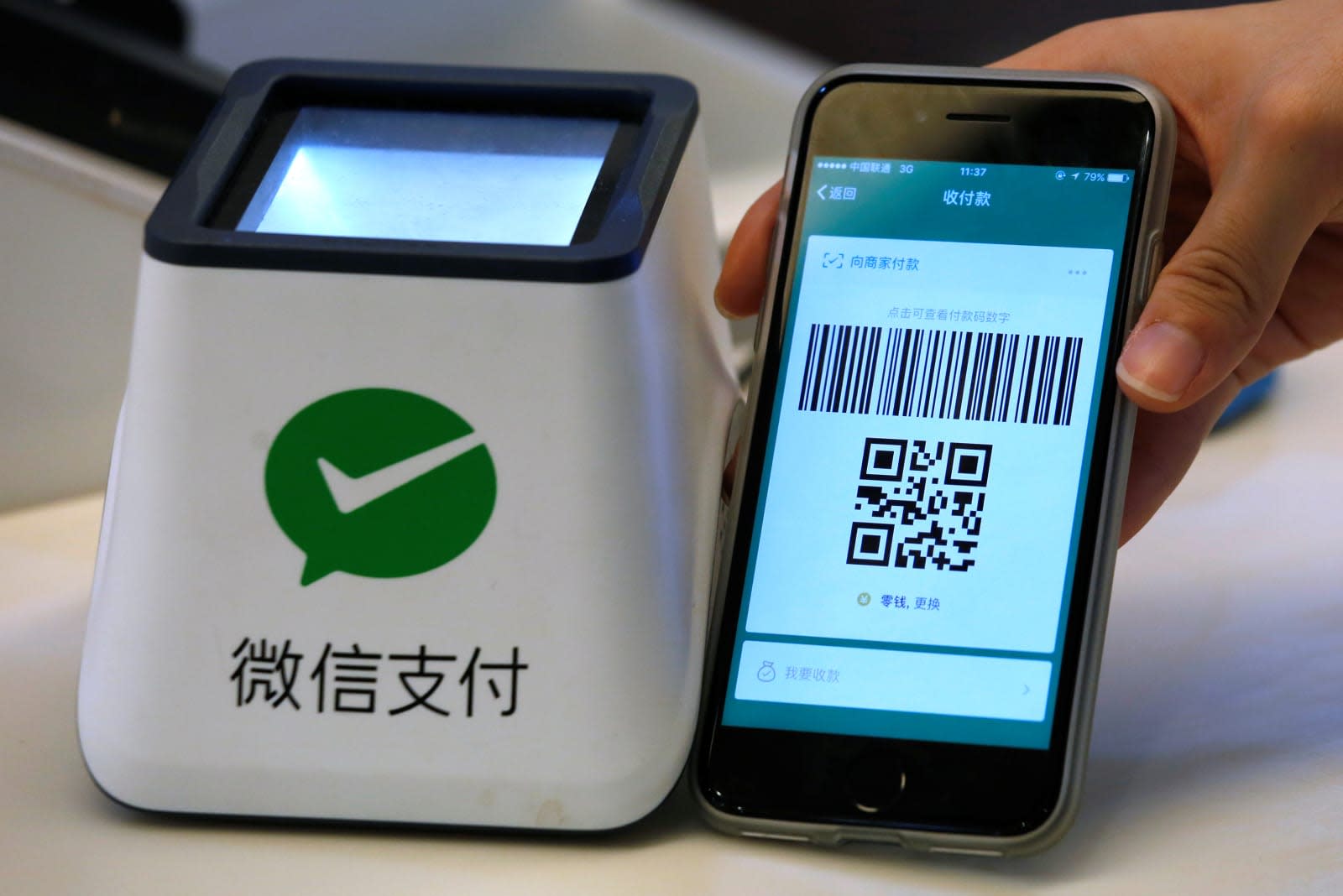 China's central bank is issuing regulations over QR-code-based payments. Paying for things by scanning a barcode with the Alibaba or WeChat app is more common than using cash in the region and now the government wants to keep closer tabs on where the money is going. You might laugh at the idea, but QR codes aren't the punchline in the east that they are here. For instance, plenty of cabbies prefer taking QR payments because it means they don't have to handle small change.

The payment systems have a dark side, though, facilitating money laundering and allowing shady online retailers to cook the books by sending themselves money. These new regulations could stymie those nefarious deeds.

The People's Bank of China also believes this move will help settle security issues and foster fair competition between Alibaba and Tencent's WeChat platforms according to state-sponsored news outlet Xinhuanet. Unlike NFC payments in the west, this proves that QR code payments in the region have become so common that the government can't afford to ignore them anymore.

In this article: alibaba, alipay, china, gear, mobile, MobilePayments, moneylaundering, qrcode, tencent, wechat, wechatpay, wechatpayments
All products recommended by Engadget are selected by our editorial team, independent of our parent company. Some of our stories include affiliate links. If you buy something through one of these links, we may earn an affiliate commission.