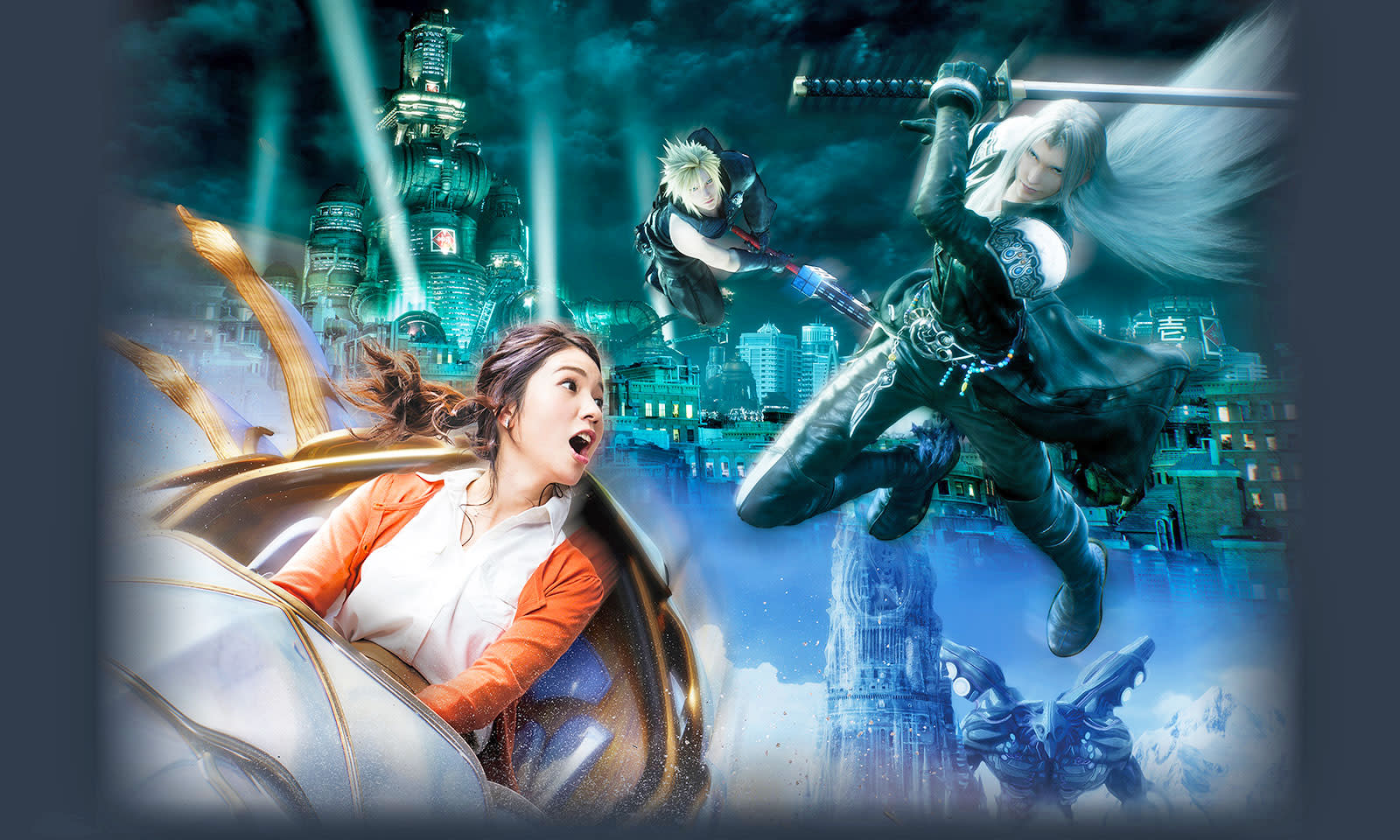 Universal Studios Japan is launching a limited-time Final Fantasy ride and just released a video and other info to show what it'll be like. Called the Final Fantasy XR ride, it uses the existing Space Fantasy the Ride roller coaster, with the addition of VR headsets playing Final Fantasy content. Riders will board airships and warp between various Final Fantasy worlds, meeting up with heroes and jeopardy along the way.

You'll see Final Fantasy VII's Sephiroth (above), along with Cloud, Squall, Lightning and others from pretty much all the game's versions. All the visuals were produced by Final Fantasy developer Square Enix's FX house, Visual Works, which created cut scenes for many of the games.

The ride is part of Universal Studios Japan's annual Cool Japan event. It's running for a limited time, but on the off-chance you're in Osaka between January 19th and June 24th and happen to be a Final Fantasy fan, it looks worth a side-trip. Given the number of Final Fantasy versions and volume of content, we're frankly surprised the game doesn't have its own theme park.

In this article: av, entertainment, FinalFantasy, gaming, Japan, RollerCoaster, UniversalStudiosJapan, video, VirtualReality, VR, wearables
All products recommended by Engadget are selected by our editorial team, independent of our parent company. Some of our stories include affiliate links. If you buy something through one of these links, we may earn an affiliate commission.