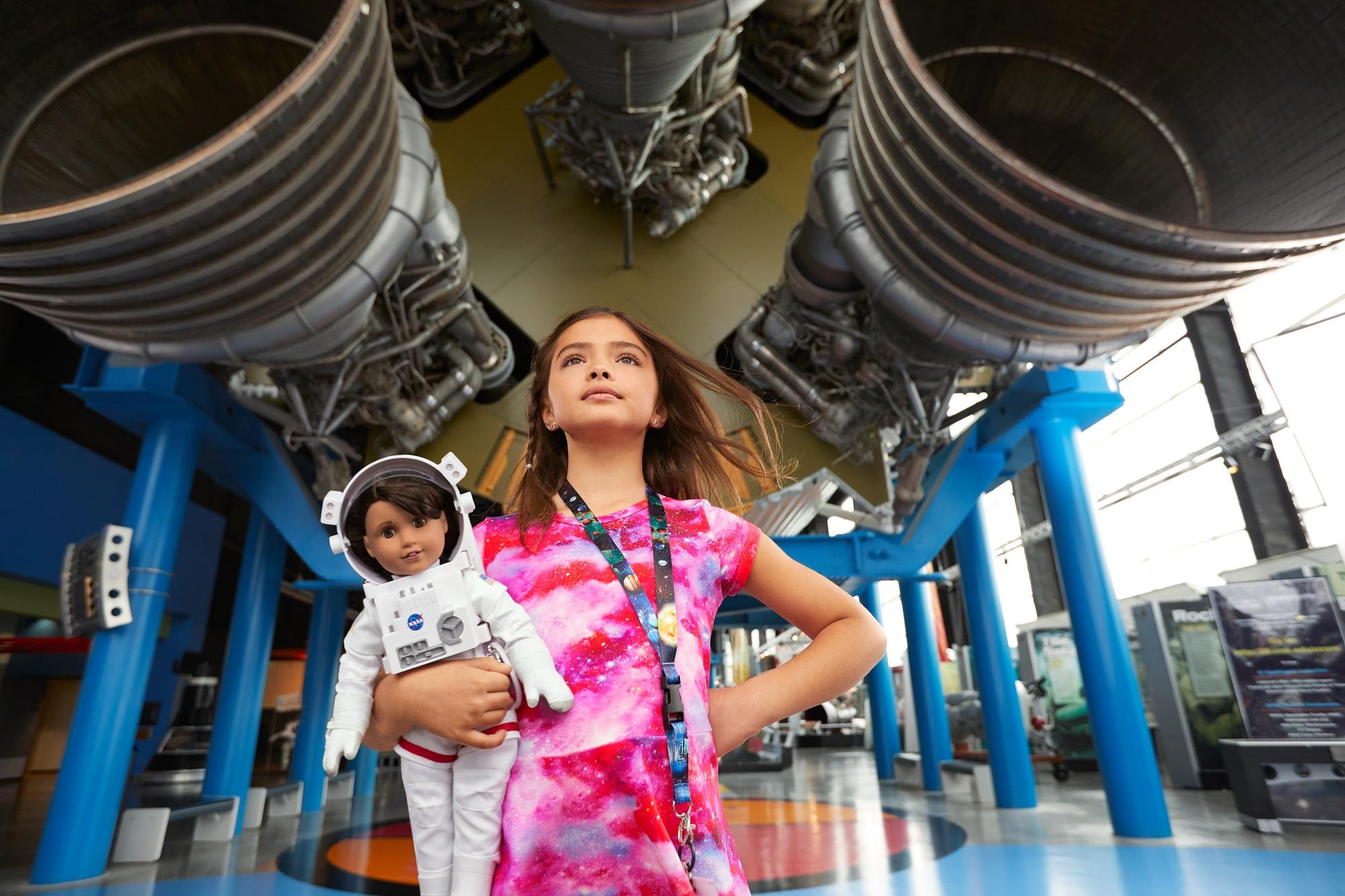 While the American Girl brand is well-known for teaching the past through dolls with fictional ties to important events, its latest aims to inspire youths to make history themselves. On the first day of 2018, the next American Girl will hit stores: 11-year-old Luciana Vega, who aspires to be the first person to reach Mars.

American Girl worked with NASA and a panel of scientists and astronauts to make Luciana's story (and gear, like a Mars habitat and flight suit) as realistic as possible. They also contributed to an accompanying STEM-based educational program providing space simulations and quizzes in an American Girl app and educational website. The company is also partnering with Space Camp to provide a Luciana-themed program, which launches next summer.

"It is so important to find exciting new ways to inspire our next generation of space explorers," Megan McArthur, NASA astronaut who serves on the project's advisory board, said in a NASA blog post. "I always want to encourage girls and boys to pursue their dreams, no matter how big, and I think it helps to show how those dreams can become reality for any kid."

To celebrate the doll's release, American Girl is hosting launch events on January 1st at its retail locations featuring science demonstrations, spacecraft and some swag for the kids to take home. Lest you think American Girl's doll dreaming of a future in the stars is out of left field, space-aspiring heroine toys have been on the rise. Lego released a much-anticipated set with a quartet of famous astronauts and scientists (including Sally Ride and Mae Jemison) earlier this year, but Barbie added Mars Explorer to its line of career options way back in 2013.

In this article: americangirl, doll, mars, nasa, space, toy
All products recommended by Engadget are selected by our editorial team, independent of our parent company. Some of our stories include affiliate links. If you buy something through one of these links, we may earn an affiliate commission.