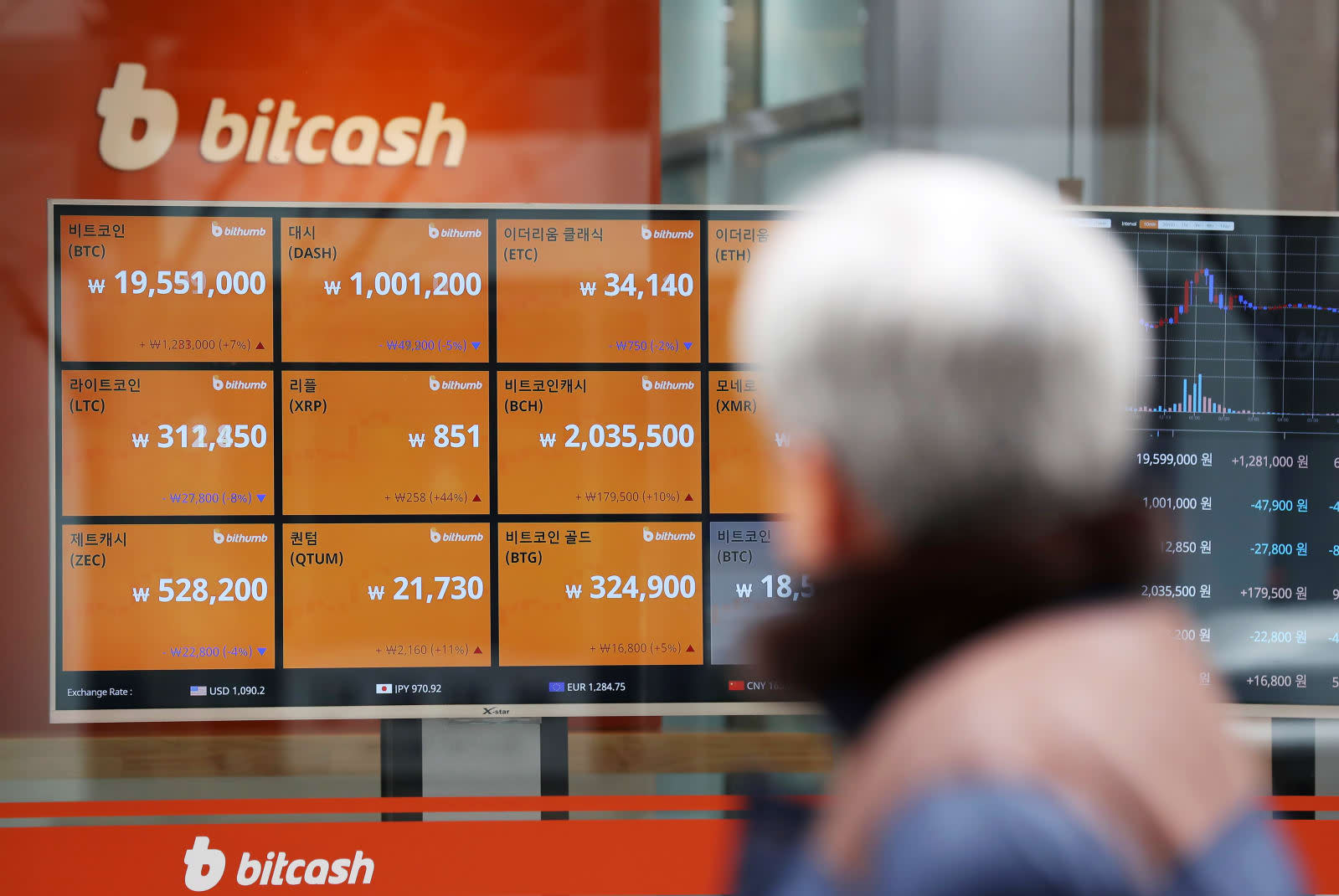 The South Korean government announced new cryptocurrency regulations today, which led to a 12 percent and eight percent drop in bitcoin and ethereum prices, respectively. After the US and Japan, South Korea is the world's third largest market for cryptocurrencies. Beginning next month, anonymous cryptocurrency accounts will no longer be allowed under the new legislation and regulators will continually monitor cryptocurrency exchanges going forward. In a statement, the government said, "Cryptocurrency speculation has been irrationally overheated in Korea. The government can't let this abnormal situation of speculation go on any longer."

The Wall Street Journal reports that the country's Justice of Ministry might even propose legislation that would shut down exchanges nationwide, but details about how or when that would happen weren't provided. This is the latest step by South Korea to reign in the frenzy over cryptocurrencies. In September, it banned initial coin offerings.

While interest in cryptocurrencies like bitcoin have surged this year, there's a hefty amount of volatility in the crypto market, which is a risk that the South Korean government is trying to cull with regulation. This month, bitcoin's price hit an all-time high that approached the $20,000 mark after starting the year around $1,000. And along with large price fluctuations, some cryptocurrency exchanges have also been hit with major hacks -- South Korean exchange Youbit filed for bankruptcy after losing $35 million to a hack earlier this month and $72 million in a hack that took place in April.

In its statement today, the South Korean government warned that cryptocurrencies could be "vulnerable to the damage from investment fraud or hacking attacks on exchanges" and Prime Minister Lee Nak-yeon said they could "lead to some serious distorted or pathological phenomenon."

In this article: bitcoin, Cryptocurrency, ethereum, gear, initialcoinoffering, internet, regulation, services, SouthKorea
All products recommended by Engadget are selected by our editorial team, independent of our parent company. Some of our stories include affiliate links. If you buy something through one of these links, we may earn an affiliate commission.