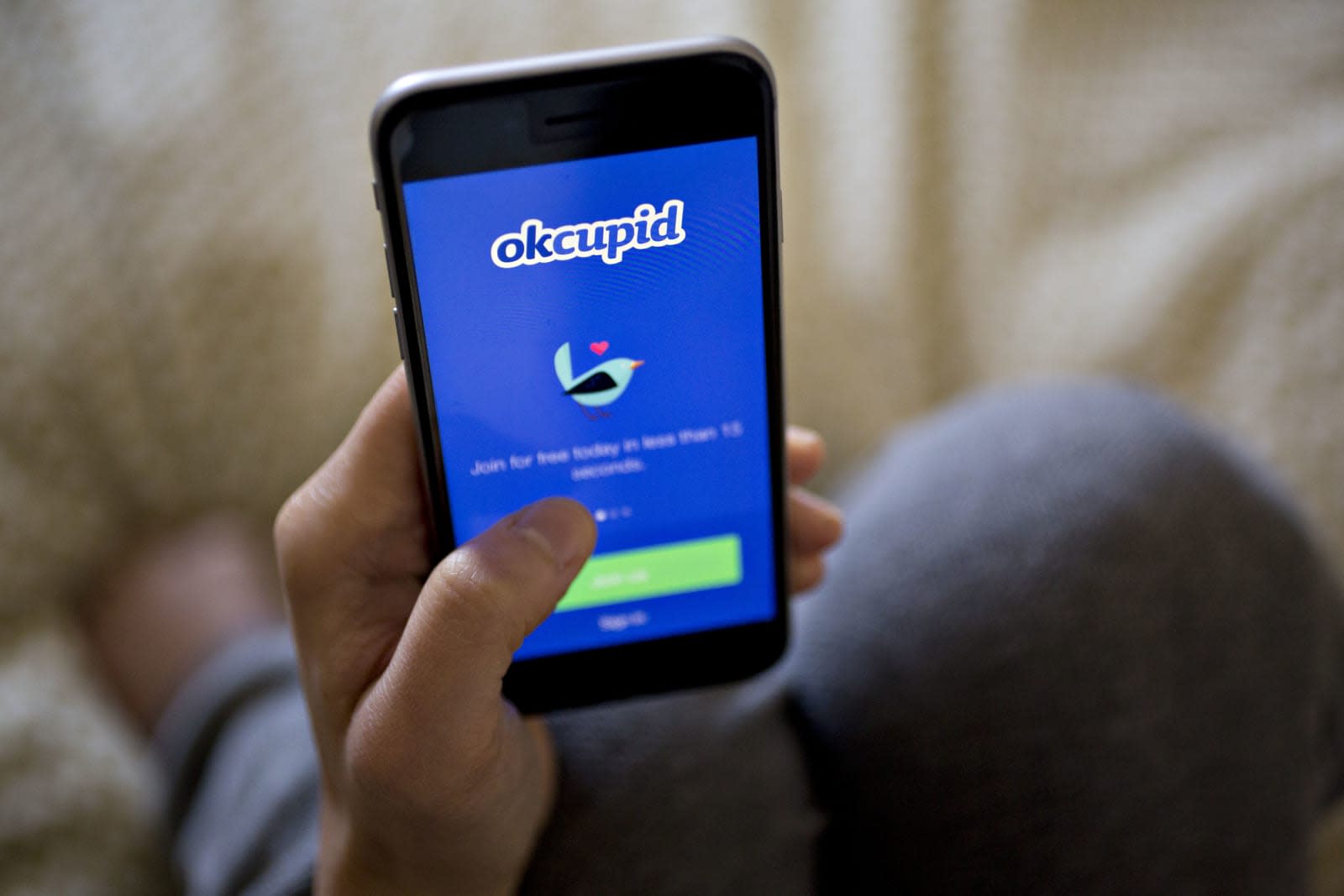 OkCupid is facing a lot of backlash for ditching usernames in favor of real names. As TechCrunch noted, its app's Google Play and App Store pages are flooded with one-star reviews posted over the past month, complaining about the features the service has recently changed or killed. The reviews talked about how the forced transparency of the new name requirement could compromise people's privacy and security, since the service now also matches users with others nearby based on their shared interests. Those with stalkery tendencies might take advantage of these new offerings. A lot of them also discussed concerns that Match.com is simply turning OkCupid (which it owns) into another Tinder (which it also owns).

OkCupid explained again and again as responses to the reviews that it's not requiring people to use their legal names. They can use nicknames, even initials, so long as they don't have numbers and symbols. It told TechCrunch in a statement that the change's purpose is to make the service more human and to give interested parties a name to call the other by from the get-go. The spokesperson also said that they've been getting positive responses despite the public outcry against the new feature:

"To give you some more background as to why we made the decision to remove usernames -- this is a part of our mission to add more substance and depth to dating. OkCupid wants to make the experience more personal. Having a name adds more of a human element versus a 'username'.

In response to the 'workarounds' we have stated that in order to qualify as a name it just has to be two letters minimum, no numbers or symbols. We also have a list of banned words that would not qualify. It's important to clarify that this does not need to be your real/legal name, it can be any name that you want someone to call you.

We don't have any plans to bring usernames back. We know some folks don't like that usernames are going away but we get many (thousands!) of messages from folks who say they are offended by some of the usernames people make...or they just have a really really hard time coming up with one and can we help them create something that incorporates dinosaurs, tacos or pizza and ideally all three. Or they came up with a seriously awesome user name, and now they forgot it and can we please help them recover it. And we get thousands of requests to change their username because it doesn't feel like the right thing anymore.

We are about safety and security of our users more than anything. That's why we were the first dating app to introduce the Dating Pledge earlier this year. That's why we have an incredible moderation team that personally reviews any issues and gets rid of folks that violate our rules.

Since we've made the change, we've heard from lots of people that it makes OkCupid a bit more human. And isn't that the right move for a dating app?"

Based on users' reviews, though, OkCupid has a lot of things to address aside from people's unhappiness over its new name requirement. Some of those who recently paid for Premium membership to be able to get new usernames aren't happy that they're not getting any refund. OkCupid is now giving everyone free access to the name change process, after all, and has reportedly even locked out people until they complied. Other users complained about the fact that the service stopped showing profile visitors, and there seemed to be a lot of reports about glitches in the messaging system, as well.

Clearly, the 13-year-old dating service is struggling to find an identity that can both entice new users to sign up and keep the old ones happy. One thing's for sure, though: just because it's the age of Tinder doesn't mean people want all dating apps to follow the same formula.

In this article: datingapp, gear, internet, okcupid, realname, tinder
All products recommended by Engadget are selected by our editorial team, independent of our parent company. Some of our stories include affiliate links. If you buy something through one of these links, we may earn an affiliate commission.