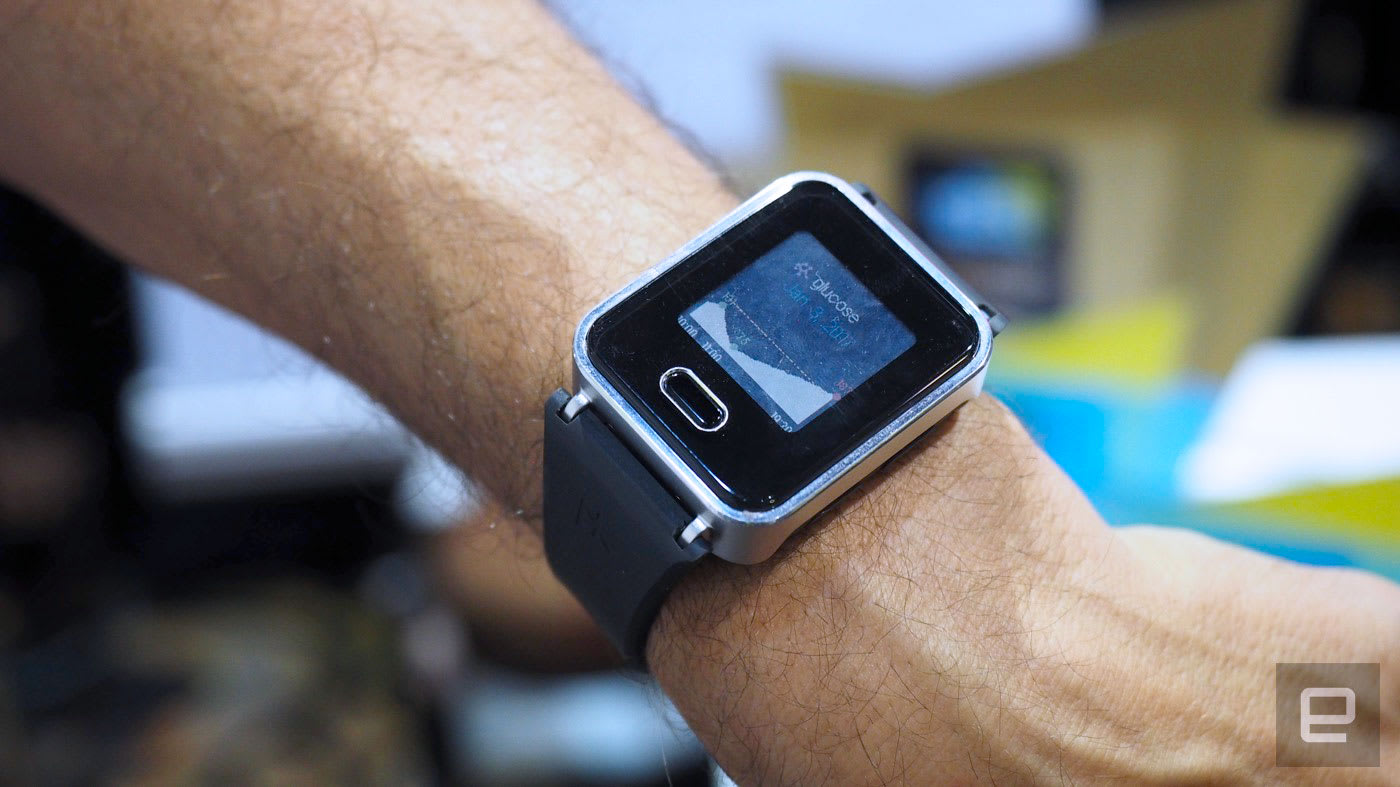 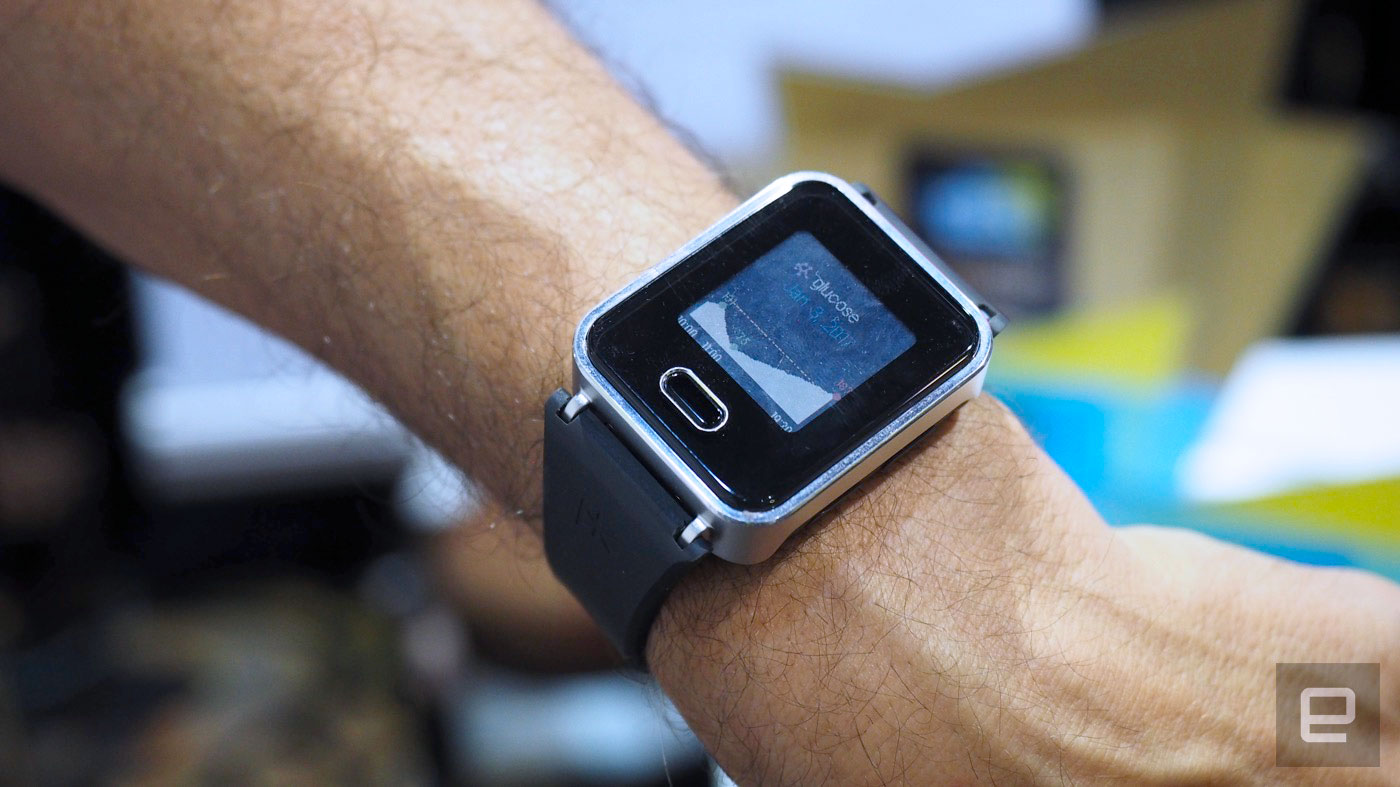 There are a lot of things that suck about being diabetic. At the top of the list is having to prick your finger several times per day to check your glucose level. Yes, I'm speaking from experience. Continuous glucose monitors that constantly beam stats to your phone via Bluetooth are already on the market, and the FDA recently approved the first automated insulin system for Type 1 diabetics. However, biomedical company PKvitality has a different solution. And it's one that you wear on your wrist. Sensors for continuous glucose monitors (CGM) use a small needle and are typically worn on the stomach. While they don't usually get in the way, you still have to be mindful they're there. PKvitality's solution is the K'Track Glucose wearable that uses a so-called SkinTaste sensor and tiny needles to check glucose levels. A removable sensor under the gadget uses a group of 0.5mm needles to collect and analyze the interstitial fluid surrounding tissue cells. Those cells absorb glucose from your bloodstream and can provide a lot of data about what's going on inside of your body.

Unfortunately, I wasn't able to to try the K'Track for myself here at CES to compare it to the readings my CGM collects. I did see a working model in action and from start to finish, and the collection and analysis took less than a minute to complete. It's certainly more convenient that a finger stick, but it's tough to say how much added benefit it provides over existing CGMs. The company says it will cost much less, with the tracker priced at $150 and each sensor, which lasts about a month, set at $100. Some quick math tells you that's around $1,350 a year without factoring in things like insurance.

What's more, PKvitality has a second version of K'Track that measures lactic acid, heart rate and VO2 max levels during a workout or other physical activity. That K'Track Athlete model is worn on a strap around the arm, much as people wear a phone or music player at the gym. It's more expensive, though, with a price of $200 for the gadget and $150 for each sensor, which also has to be swapped out once per month. Both versions of the K'Track beam data to iOS and Android apps too.

It could be a while before anyone has a chance to start using these trackers. PKvitality says it plans to begin the medical-approval process in the coming weeks. The wearables go into your skin, after all. Right now, the plan is to bring the K'Track devices to market sometime in 2018.

Mona Lalwani contributed to this report.

In this article: ces2017, diabetes, gear, glucose, ktrack, ktrackathlete, ktrackglucose, lacticacid, medicine, pkvitality, wearables
All products recommended by Engadget are selected by our editorial team, independent of our parent company. Some of our stories include affiliate links. If you buy something through one of these links, we may earn an affiliate commission.