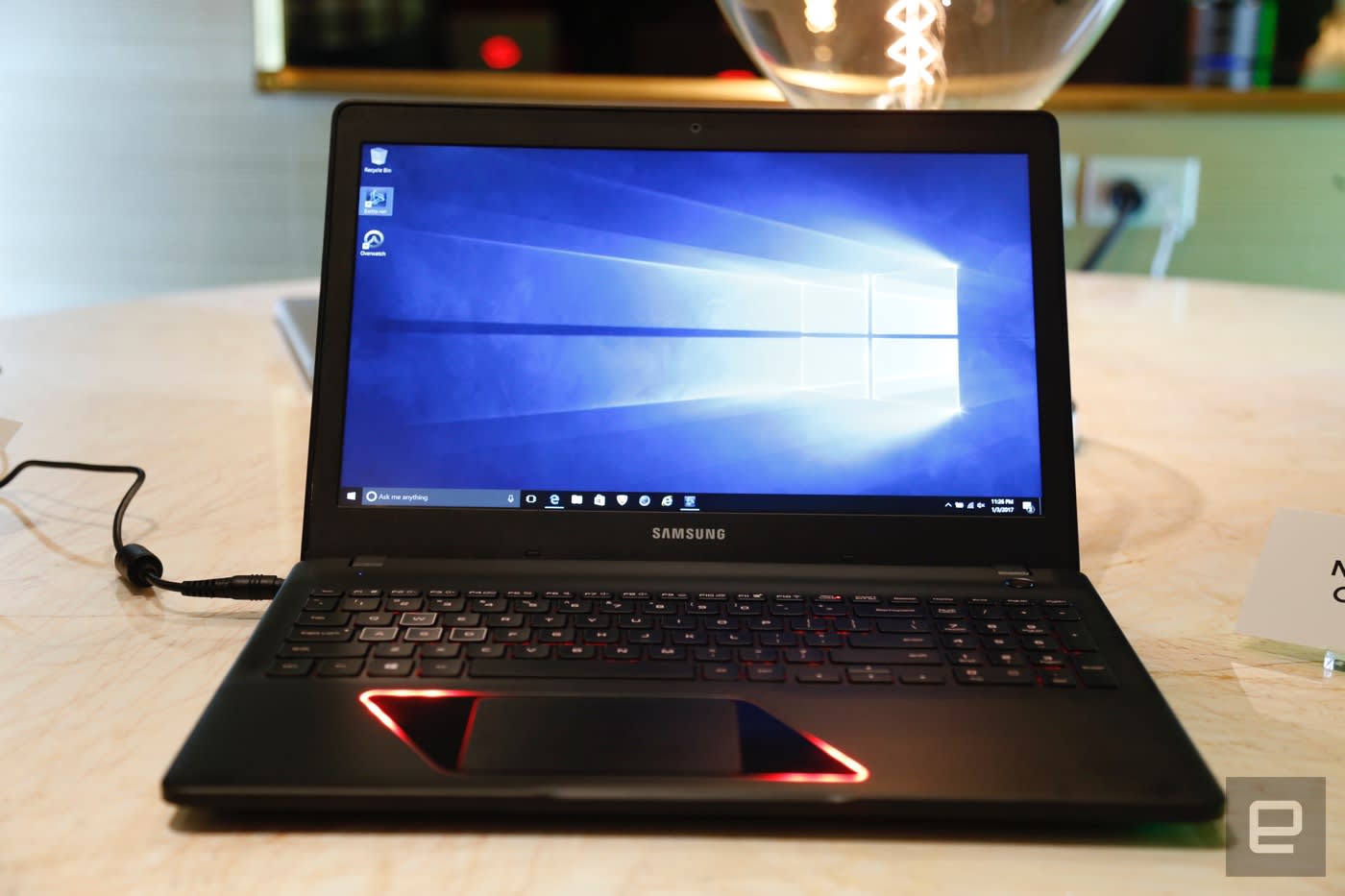 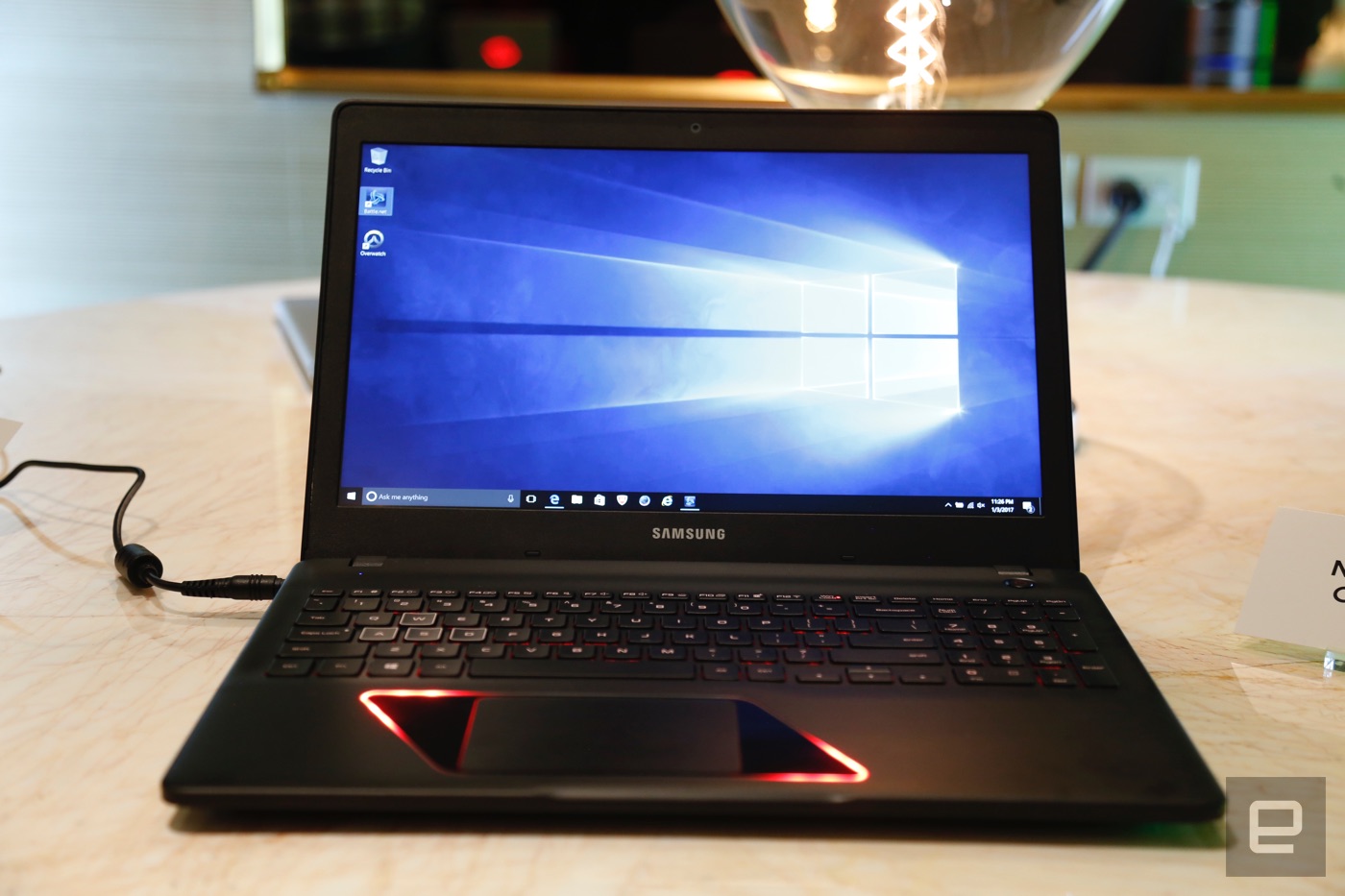 Samsung makes perfectly nice PCs and all, but it's been years since we've seen it try to court the gamer market with a rig of its own. That changes today: The company revealed its new Notebook Odyssey, its first dedicated gaming laptop in a long time. Make that laptops, plural: There's a 15.6-inch model and a larger model with a 17.3-inch display.

I spent most of my time here at CES with the 15.6-inch version, as it's the model closest to shipping, and it looks ... well, exactly how you'd expect a gaming laptop to look. In other words, it's a black box with your typical red accents, complete with a red backlit keyboard. You'll find a bevy of ports running around the machine, including a single USB 3.0 connection, two USB 2.0 sockets, HDMI and an Ethernet jack. All told, it's surprisingly portable for what it is, at 5.5 pounds. That manageable comes at a price, though: the plastic body feels chintzier than should be allowed for a $1,000+ notebook. Like the more pedestrian Notebook 9 (also announced today at CES), the Odyssey also makes use of Intel's seventh-generation Core i7 processors, but in this case you can squeeze in up to 32GB of DDR4 RAM and have multiple storage options too; one machine can take SSDs up to 256GB and hard drives up to 1TB at the same time. Don't worry about squeezing pretty visuals out of the thing either: It ships with one of NVIDIA's full-power GTX1050 GPUs. Samsung let us play some Overwatch on a demo machine (that new Oasis map, natch), and the whole thing was pleasantly smooth. I'm still not sold on the exterior design, but there's definitely plenty of power in sealed away in this frame.

If your games need even more room to breathe, Samsung will eventually have you covered. That 17.3-inch model is still in the works, and it comes with a multi-color backlit keyboard and a reasonably bright, 300-nit display.

Our time in Samsung's demo room was limited, but Samsung first steps into PC gaming seem to be strong ones. If you're feeling good about Samsung's approach, you'll be able to get the smaller Odyssey for $1,199 and up this February, though it remains unclear when the bigger beast will be available. We do, however, know that the 17.3-inch model supports up to 64GB of DDR4 RAM and up to 512GB of solid-state storage.

Click here to catch up on the latest news from CES 2017.
In this article: ces2017, gaming, gear, hands-on, laptop, notebook, notebookodyssey, personal computing, personalcomputing, samsung
All products recommended by Engadget are selected by our editorial team, independent of our parent company. Some of our stories include affiliate links. If you buy something through one of these links, we may earn an affiliate commission.