I've never spent more than a couple of hundred bucks on a bed. After spending a few minutes with Sleep Number's 360 smart bed, however, I'm tempted to reconsider. Why? Because it adapts to my every move. As you toss and turn in the night, the bed will automatically recognize this movement and naturally contour to your body. It will also adjust the firmness of the mattress so if you need more support for your back, for instance, you'll receive the necessary assistance without lifting a finger. These smarts are paired with an adjustable base that will tilt your head upwards if you start snoring in the middle of the night. (Not that I ever snore or anything.)

Intrigued? I sure am. Sleep Number had a demo unit at CES this year, so of course I jumped at the chance to lie down and take a load off. (It makes a nice change from running between convention halls, anyway.) Here's what I know: It's a super comfortable mattress, with just the right balance of squishiness and rigid support. Secondly, it's positively monstrous, positioning your body high above the floor. As for the promised smarts, well, I have bad news. The version I saw was out of action (a problem with the Bluetooth connection, apparently) so I could only imagine how it would respond to my pretend nighttime fidgeting. Bummer. 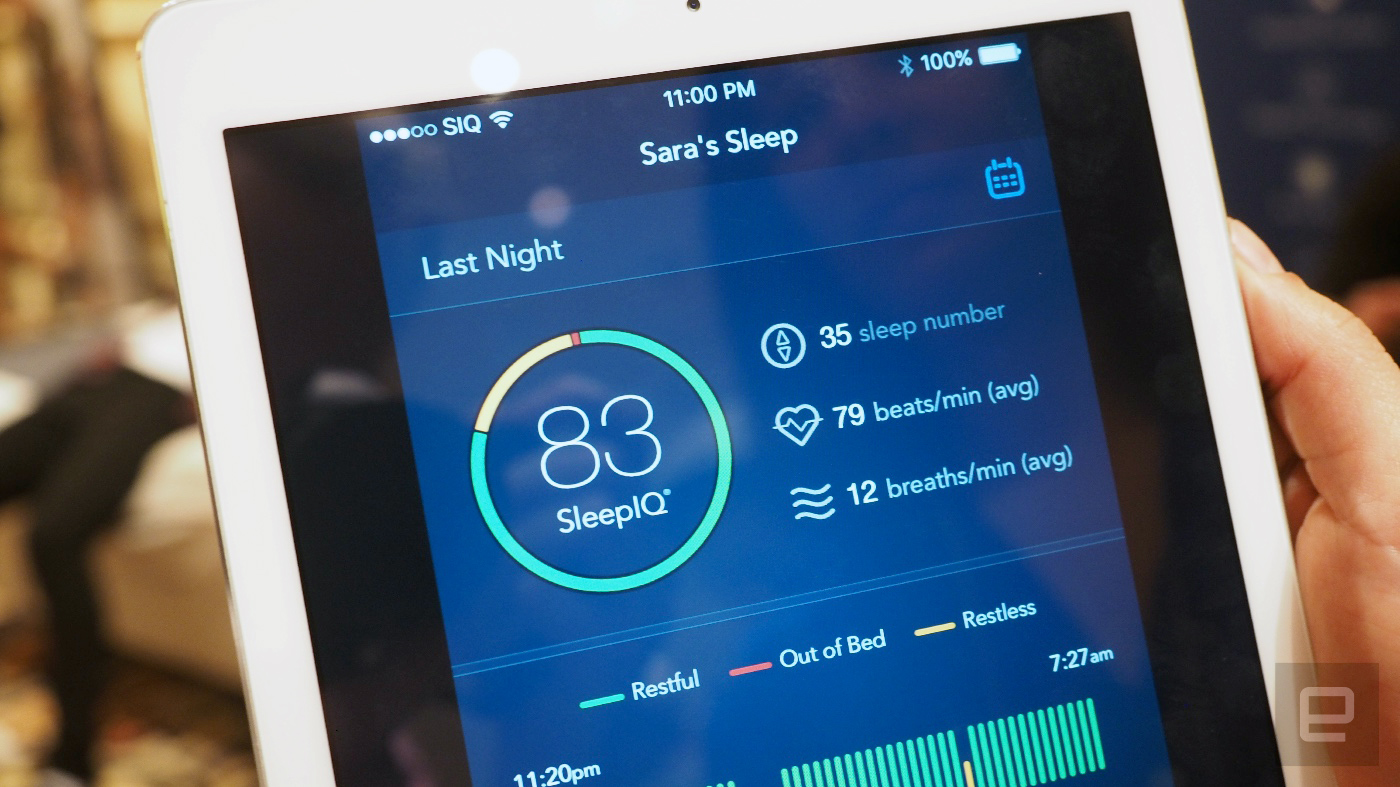 Regardless, it's an intriguing product. There's a foot warmer at the bottom of the bed that will turn on before you clamber in at the end of a long day. Some lights underneath the frame will turn on automatically when you get up in the middle of the night. The bed's underlying platform, SleepIQ, will even liaise with your favorite apps, such as Fitbit and Nest, to further learn and adapt to your body. Sleep Number isn't the only company developing smart beds, however. There's the Balluga, for instance, which promised a similar level of comfort on Kickstarter last year.

Sleep Number promises to ship the bed in the first half of 2017. Pricing is still a mystery -- the company says it will be "similar" to the smart mattresses and frames it offers now -- but I expect it to be on the high end. (The necessary sensors, motors and dual air chambers in the mattress probably don't come cheap.) It will certainly be more expensive than the beds I normally buy, but in return, I would be getting a completely different level of nighttime comfort. Whether that's worth it is a personal preference -- some will argue that you can't put a price on a good night's sleep.

In this article: 360smartbed, bed, ces2017, gear, hands-on, home, sleepiq, sleepnumber, smartbed, snoredetection, TL18ZZZ, video
All products recommended by Engadget are selected by our editorial team, independent of our parent company. Some of our stories include affiliate links. If you buy something through one of these links, we may earn an affiliate commission.