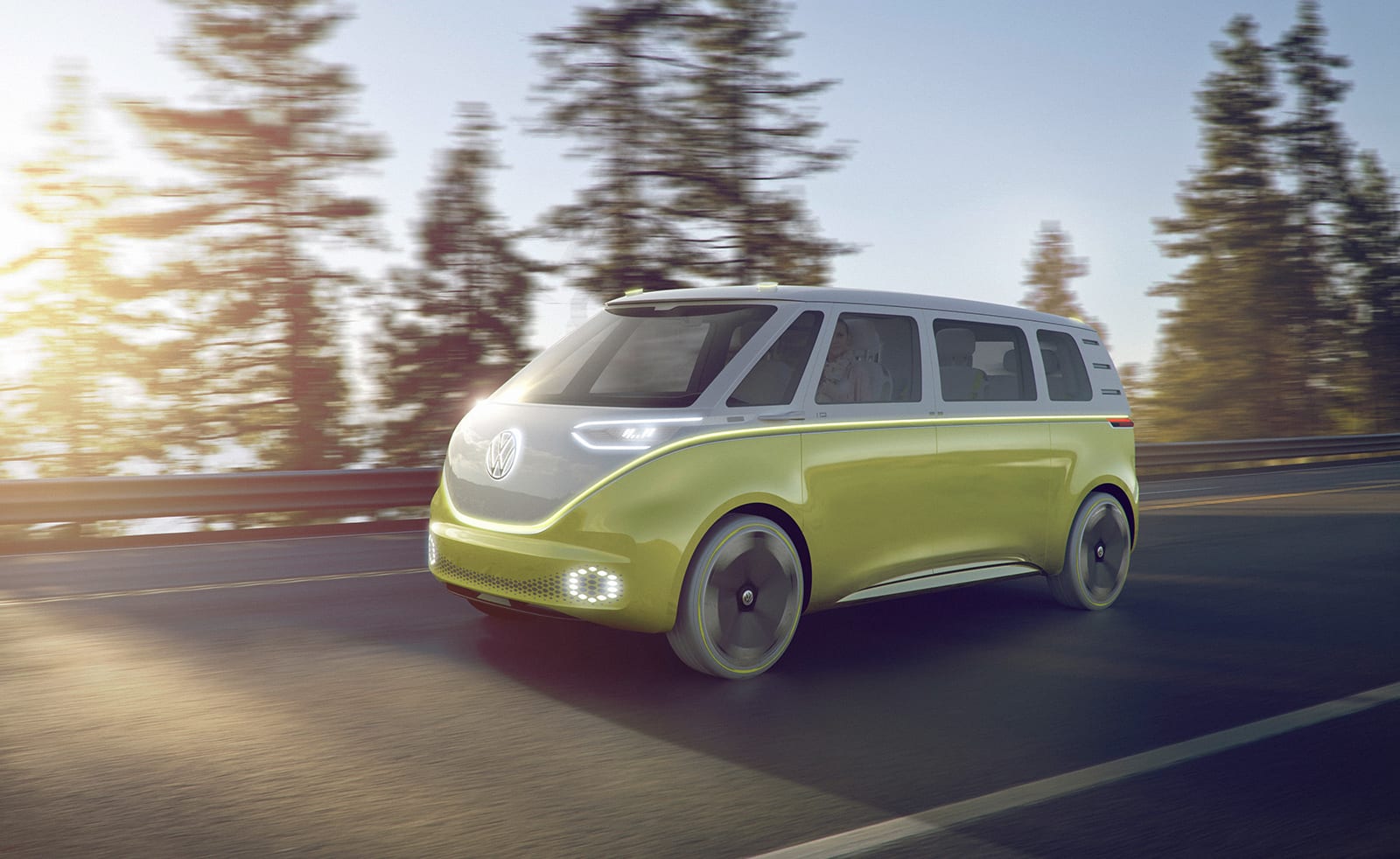 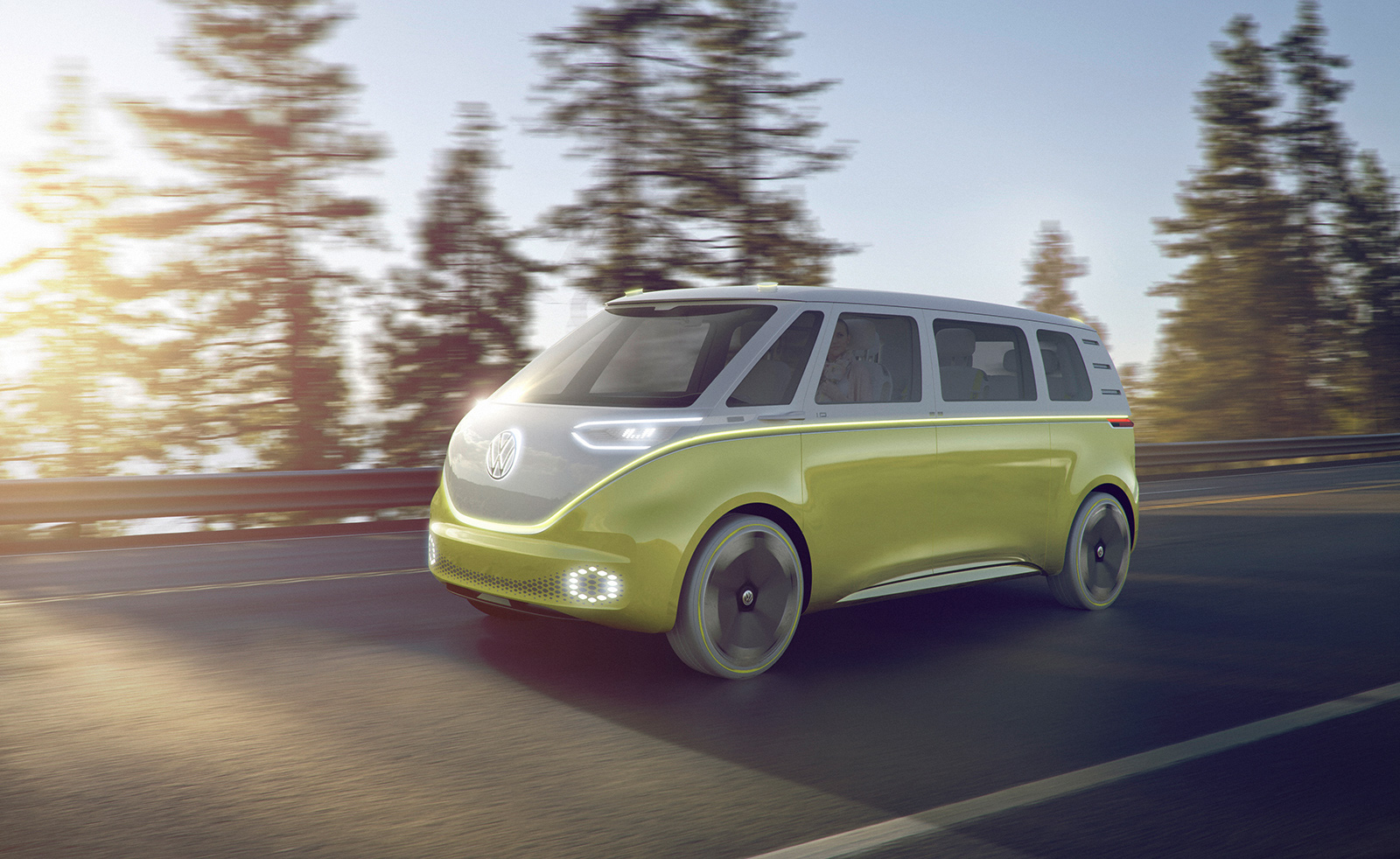 As Volkswagen works towards rebuilding itself as an EV automaker, one great way to avoid losing diehard fans is to clean up and refresh a few of those old classics that won them over in the first place. While the company has teased electric reincarnations of the iconic VW bus before, the company's latest microbus concept, the I.D. Buzz, is the first to go all out with a fully autonomous driving mode.

Announced at the North American International Auto Show in Detroit on Sunday, the I.D. Buzz would be an impressive electric van on its own. According to VW, the Buzz gets an estimated 270 miles of range using two motors to power its 369-horsepower, all-wheel drive system. Using a lengthened version of its Modular Electric Drive Kit (MEB), VW also made room inside for up to eight passengers and two luggage compartments -- although seating layouts are modular as well. For drivers, the Buzz borrows features like the augmented reality HUD and touch-sensitive steering wheel found in the I.D concept. The center console is also something VW is calling the "I.D. Box," which serves as the control panel for the driver as well as a detachable Bluetooth sound system that can be used outside the vehicle. But the real fun comes with Volkswagen's I.D. Pilot autonomous driving mode -- when engaged, the steering wheel retracts, the front seats can be turned around 180 degrees and the I.D. Box actually slides towards the rear so the folks up front can join the party in the back.

"The overall concept of the I.D. BUZZ points the way to the future," VW board member Dr. Frank Welsch said. "This concept vehicle is the world's first electric multi-purpose vehicle to be equipped with a fully autonomous driving mode. It carries the feeling of freedom of the Microbus over to a completely new era of mobility."

While the idea of an autonomous VW bus might bring to mind a picture of a vehicle piloting itself to some idyllic surf spot along the California coast as the passengers kick back in a smoke-filled cabin, a compact-but-spacious vehicle could also play a key role in the on-demand ridesharing network Volkswagen aims to build.

Source: VW Newsroom
In this article: ConceptCar, detroit, ElectricVehicle, ev, gadgetry, gadgets, gear, green, idbuzz, naias, transportation, volkswagen, vw
All products recommended by Engadget are selected by our editorial team, independent of our parent company. Some of our stories include affiliate links. If you buy something through one of these links, we may earn an affiliate commission.