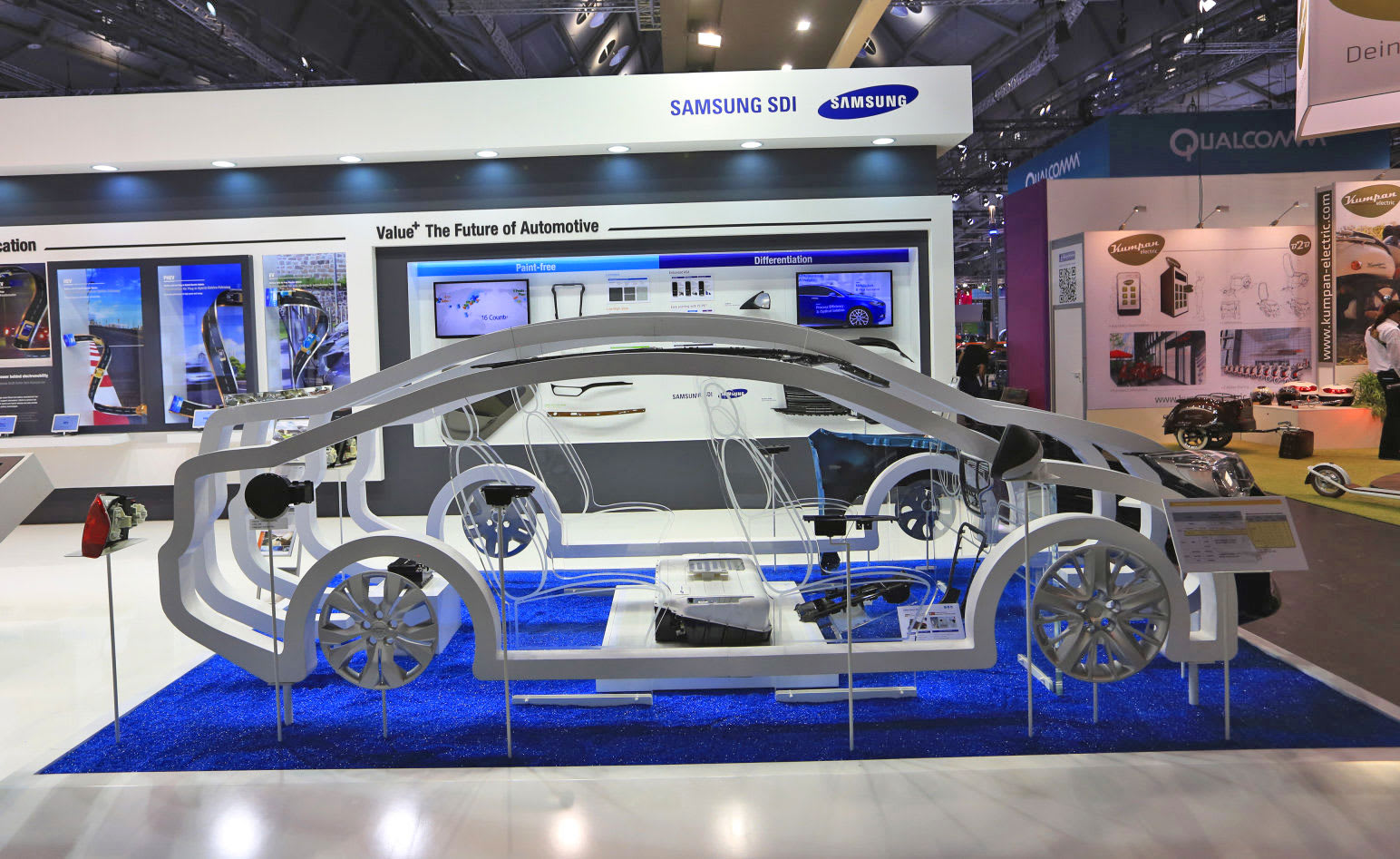 By the time 2021 rolls around, a number of major car makers will have a varied selection of electric cars available. Developments in battery technology will dictate the range and features that these cars can offer, but Samsung wants to give consumers a brief insight into what will be available at the start of the next decade.

Samsung SDI, the Korean conglomerate's lithium ion and renewable division that provides power for auto giant BMW, today announced a "next generation" battery that offers 600 kilometers (373 miles) of driving and can be "fast charged" in just 20 minutes.

The high density battery is designed to provide 500 kilometers (310 miles) of range or 80 percent of capacity in the time it takes for a quick roadside coffee break. For reference, that's more than what the average fully-charged Tesla Model S currently offers.

Instead of fitting cars with more battery cells, which in turn adds weight, Samsung hopes that by delivering smartphone-like fast charging, consumers won't suffer from range anxiety and will be able to drive longer distances without lengthy top-ups.

Major EV makers are focusing on the 21700 -- named after its 21mm diameter and 70mm length. Tesla confirmed recently that its Gigfactory had begun full production of its own lithium-ion battery cells developed in partnership with Panasonic.

Source: Samsung SDI
In this article: battery, electriccar, ev, gear, samsung, samsungsdi, tesla, transportation
All products recommended by Engadget are selected by our editorial team, independent of our parent company. Some of our stories include affiliate links. If you buy something through one of these links, we may earn an affiliate commission.