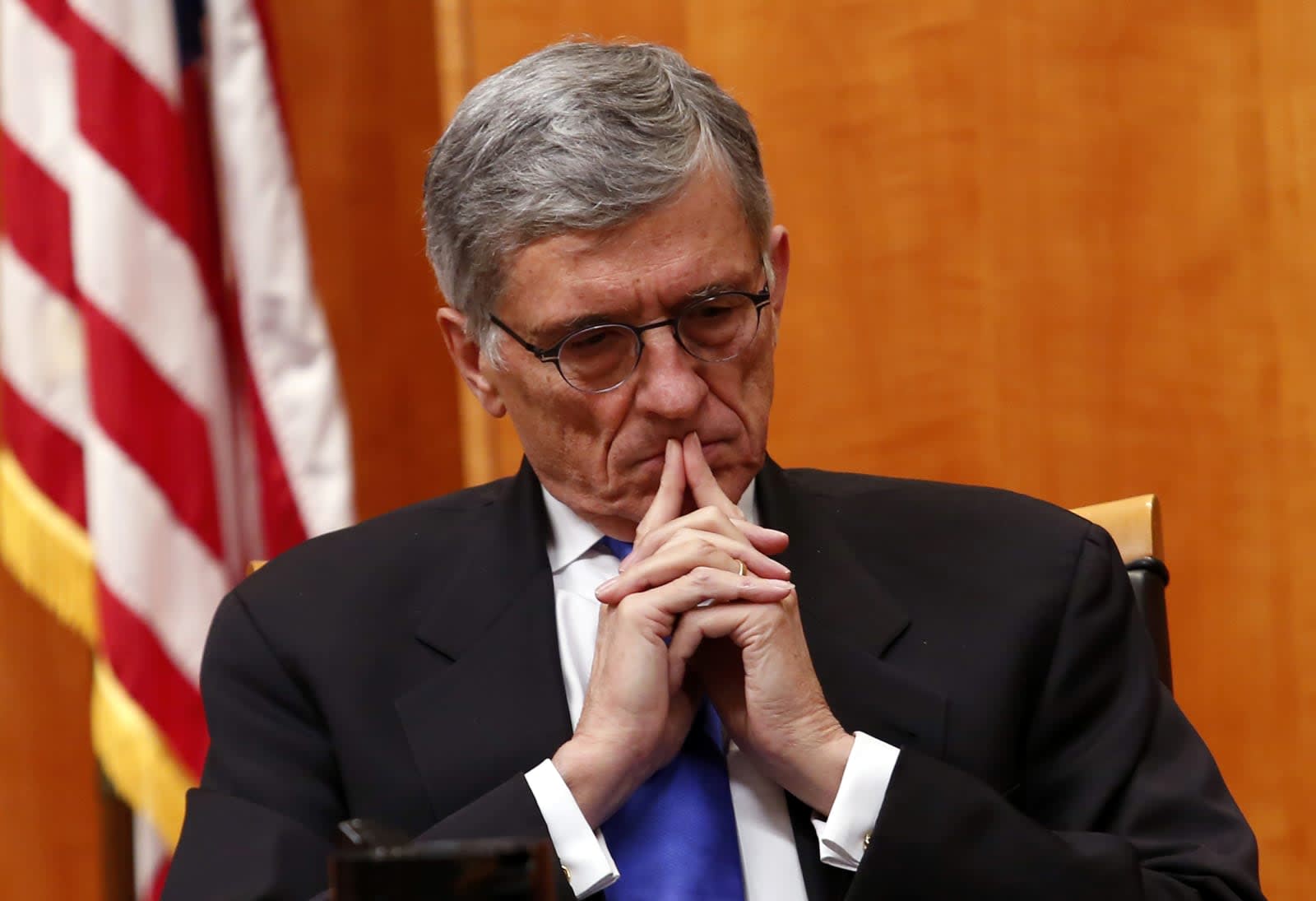 FCC Chairman and net neutrality champion Tom Wheeler will be stepping down next week when the Trump administration takes office. Wheeler's Open Internet Order, which passed in 2015, was instrumental in keeping the internet a level playing field, but the Republicans have already indicated that rolling back the legislation will be a top priority for them once the GOP regains control of the agency. On Friday, Wheeler used his last public address as FCC chair to give one final defense of net neutrality and a look at the legal battles to come.

Speaking to an audience at the Aspen Institute, Wheeler insinuated that corporations like AT&T and Verizon will not hesitate to hurt consumers in order to make a buck. "Those who build and operate networks have both the incentive and the ability to use the power of the network to benefit themselves," Wheeler said, "even if doing so harms their own customers and the greater public interest."

Arguing against the Republicans' plans to repeal the Open Internet Order, Wheeler pointed out that a so-called "free market" online would actually be a step back for the internet. "A hands-off approach to network oversight is more than a shift in direction," Wheeler said, "it is a decision to remove rights and move backward."

Finally, Wheeler offered a look at what's ahead in the battle to secure net neutrality. If the FCC itself wants to undo the earlier regulations, it will require the agency to go through a rule-making period and wait for public comment. On the other hand, Congress could more swiftly do away with the Open Internet Order simply by updating the Telecommunications Act. Either method is likely to result in lawsuits, but open internet proponents already have a strong case after a Washington DC circuit court upheld the FCC's net neutrality rules last June.

Via: The Verge, Hollywood Reporter
Source: Aspen Institute
In this article: culture, fcc, internet, netneutrality, openinternetorder, politics, tomwheeler
All products recommended by Engadget are selected by our editorial team, independent of our parent company. Some of our stories include affiliate links. If you buy something through one of these links, we may earn an affiliate commission.