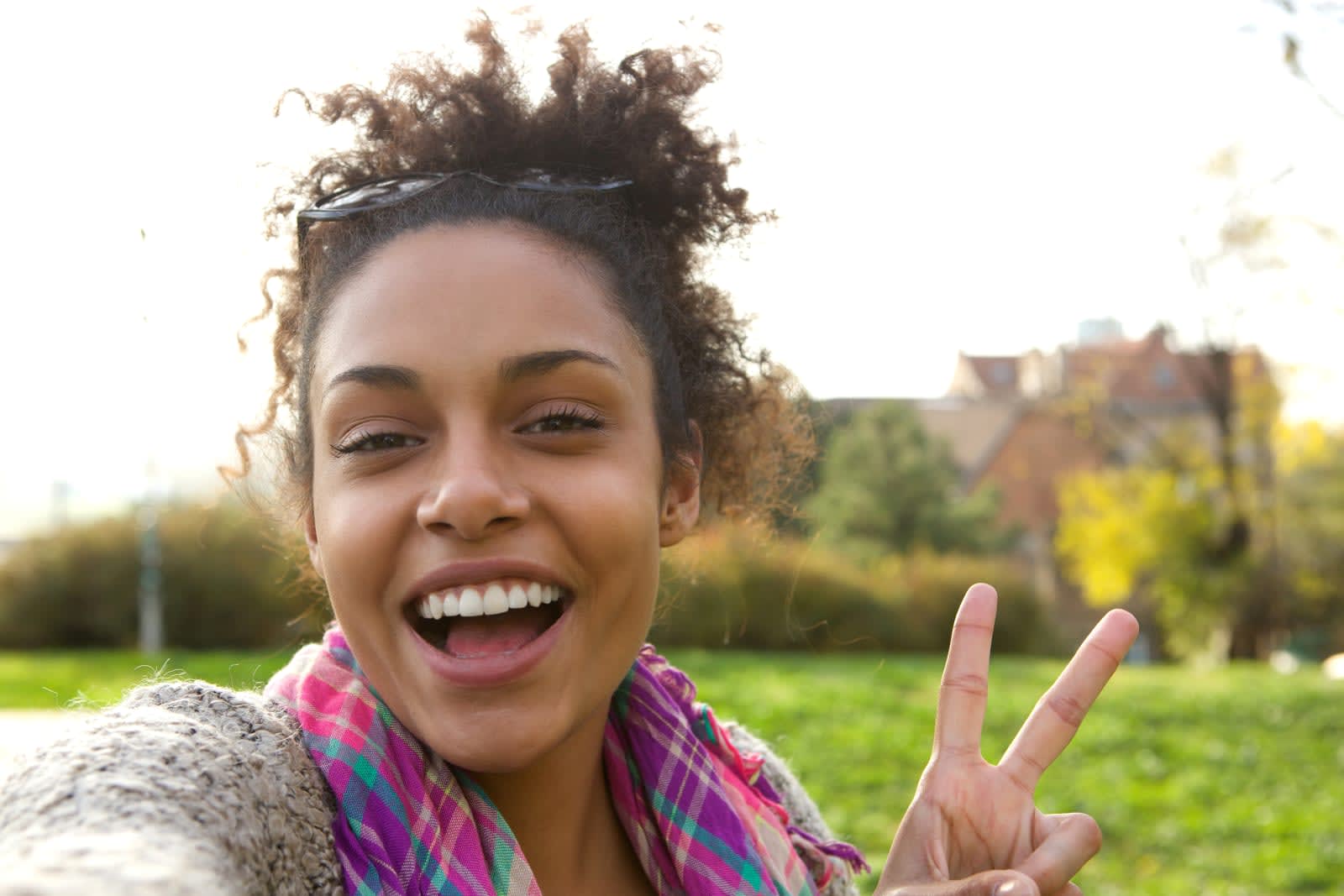 As if the constant data breaches that threaten to expose the one password you use for absolutely everything weren't enough, apparently you now need to start worrying about posting that cute selfie. The peace sign is many people's go-to picture pose, and it's particularly popular in East Asia, but according to researchers it's also the perfect way to expose your fingerprints online. In a study conducted at Japan's National Institute of Informatics (NII), investigators found that, if the focus and lighting was right, they could recreate fingerprints from images shot up to 3 meters (nearly 10 feet) from the subject.

Fingerprint authentication is now the norm on smartphones and common enough on some other devices like laptops. What's more, phone cameras are consistently improving and there are more ways than ever to share your snaps online. It would seem, then, that the number of images from which fingerprints can be extracted can only grow. Still, there's probably little cause for concern. Not only would a wrongdoer have to go through the process of building an accurate fingerprint from pictures; they would subsequently need to make a passable mold of said fingerprint and, finally, gain physical access to your smartphone to make use of the thing. In short, it's complicated.

The sheer amount of effort required to just get into someone's phone is likely why we'll never see this successfully executed outside of a Mission Impossible flick. The Japanese researchers' claims aren't exactly groundbreaking, either. Back in 2014, a German hacker claimed to have cloned a politician's thumbprint using close-ups taken at a press conference with a standard digital camera and off-the-shelf software. The following year, he also demonstrated an iris spoof using only a high-res image and a laser printer.

If all this is pushing your paranoia buttons but you don't want to live in a world where you can't throw up the Vs on Instagram, there's good news. The NII researchers have developed a transparent film of titanium oxide that will obscure fingerprints in photos but won't stop you interacting with your devices. The bad news is consumers are looking at around a two-year wait before this becomes widely available, at which point technology would've undoubtedly moved on to the point where this elaborate fix is already unnecessary.

Via: The Japan Times
Source: Sankei Shimbun (Japanese), Japan National Institute of Informatics
Coverage: The Telegraph
In this article: biometric, fingerprint, gear, mobile, NationalInstituteofInformatics, photos, research, security
All products recommended by Engadget are selected by our editorial team, independent of our parent company. Some of our stories include affiliate links. If you buy something through one of these links, we may earn an affiliate commission.