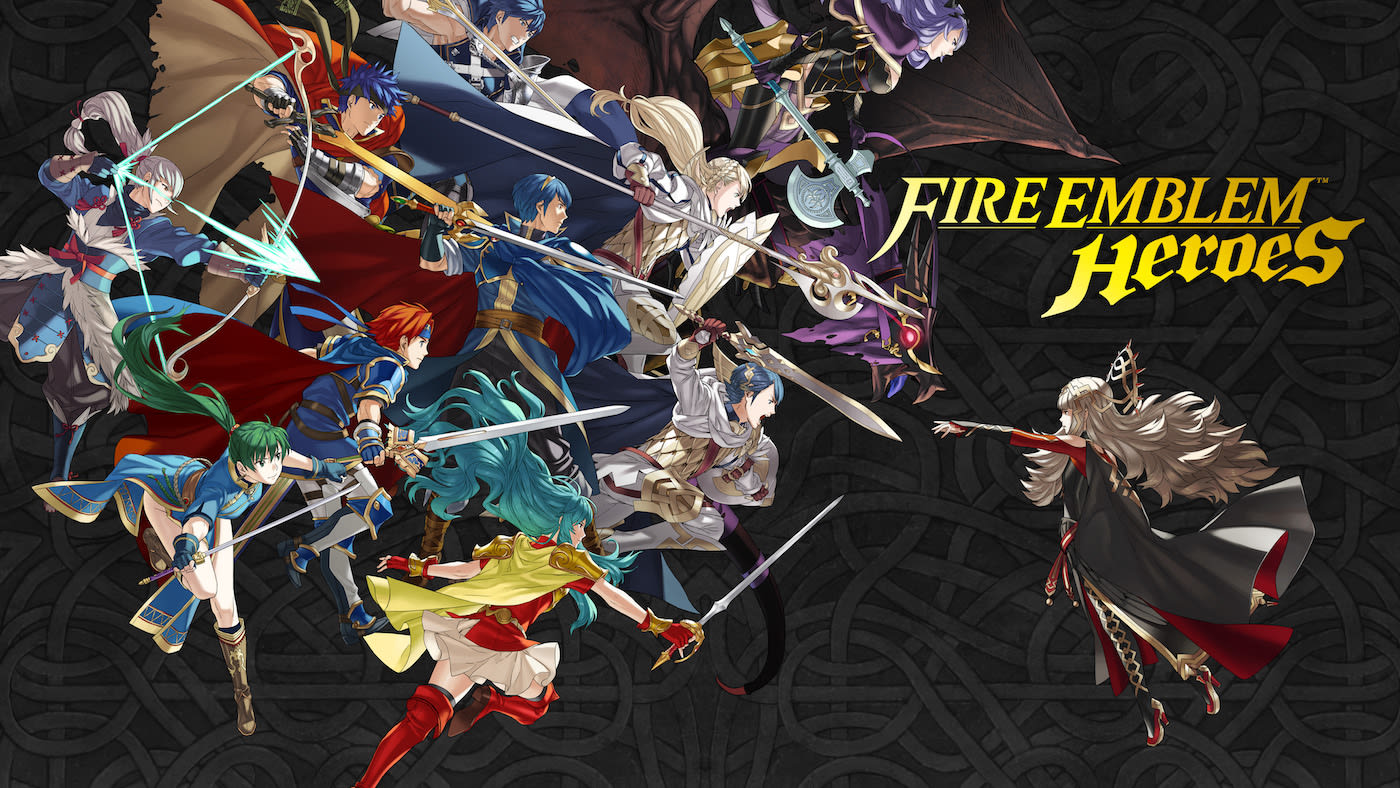 If you've been yearning for a Fire Emblem game to play on the go that isn't relegated to a portable gaming system, maybe the upcoming Fire Emblem Heroes will do the trick. It's a tactical role-playing game (think Final Fantasy Tactics) where "fate has brought two warring kingdoms together in a bitter clash." Naturally. During today's Fire Emblem Direct stream, it was announced that you'll battle it out on an 8x6 grid.

You'll also level up familiar characters and fans will "find the battle intensity they've come to expect from the series" (more info resides right here). It looks like in-app purchases (the game itself is free) are all but confirmed as summoning orbs -- they call in additional heroes for help during battle -- will be doled out after a fight, or you can buy them with cash. How much are those doggies in the window? Footage showed a purchase screen with a 35-pack costing $20, with a 3-pack running $1.99.

Pre-registration (alerts for when it'll be released) is available now, with the game itself coming out February 2nd on Android. Folks with iOS devices will have to wait until sometime "soon" (see update below). Have a Fire device? Bad news because the stream specifically mentioned Google Play as a vendor.

Update: Looks like Nintendo (or perhaps Apple) decided it wasn't the best idea to launch on Android first. The company is now promising a simultaneous release across Android and iOS on February 2nd.

Fire Emblem Heroes will be released on iOS and Android on February 2. #FEHeroes pic.twitter.com/IcNvMb8I0y

Source: Google Play
Coverage: Fire Emblem Heroes
In this article: android, fireemblem, fireemblemheroes, gaming, ios, mobile, mobilegaming, nintendo, tecmokoei
All products recommended by Engadget are selected by our editorial team, independent of our parent company. Some of our stories include affiliate links. If you buy something through one of these links, we may earn an affiliate commission.