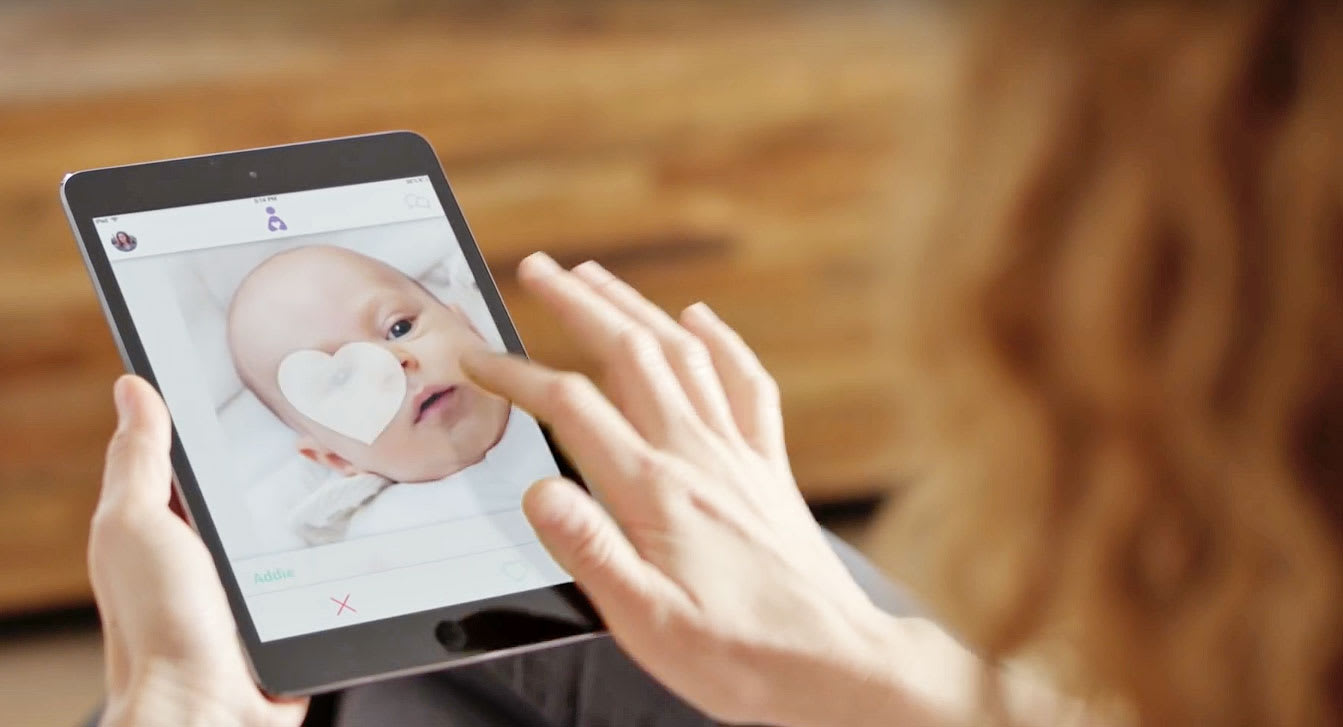 About a week ago, a brain-dead campaign hit Kickstarter. Adoptly promised that adoption was "just a swipe away" through its Tinder-style app that let you find adoptable children. It was a terrible way to frame such a service, and something about the whole situation just didn't make sense, despite assurances from the company that it was legit. Apparently, Kickstarter also feels that something is amiss here: the Adoptly campaign was just suspended.

In this situation, all funding is returned to the backers (in this case, 16 backers had pledged a total of $4,000 thus far) and the decision cannot be reversed. Kickstarter doesn't say why it suspends projects, but its list of reasons includes a variety of reasons around misrepresentation that seem to be appropriate here.

In all liklihood, this decision won't affect the outcome (assuming Adoptly was real to begin with). The campaign had only made $4,000 off of a $150,000 goal, so funding was unlikely to happen to begin with. Earlier this week, The Verge noted that most of its team was unable to be found on social media, LinkedIn or other places that you'd expect to find startup founders.

A Kickstarter spokesperson noted that the company doesn't comment on individual suspensions and pointed me to the aforementioned list of reasons a campaign can get shut down. While the Kickstarter has been suspended, Adoptly's website remains up, at least for now.

Update, 1/23/17, 10:30AM ET: Adoptly has provided us with a statement about the Kickstarter suspension. Unfortunately, it doesn't really shed any light on why the campaign was shut down. "To be honest, we've been totally shocked by this unexpected turn of events," the company says. "We feel it's really unfair that KS would take down a legitimate idea, like Adoptly, just because some media outlets were debating it's validity or felt uncomfortable with such an innovative and disruptive idea. Furthermore, we are really disappointed in KS for not reaching out to us beforehand. It was really distressing because there wasn't any due process in taking our account down - just a very basic email notification. Especially after the tremendous amount of work that we put into constructing our campaign."

As for the future, Adoptly says it'll be looking for venture capital backing or potentially another crowdfunding platform like Indiegogo.

Update: 1/31/17: A week and a half after Kickstarter cancelled the Adoptify campaign, the creators have come forth and revealed what many of us suspected: Adoptify is a hoax. It was created by Ben Becker and Elliot Glass as part of an "ongoing art project that satirizes our tech obsessed world and our cultural desire to make everything faster, easier, more convenient, and instantly gratifying, and raise questions about where we draw the line, or whether we do at all."

Source: Adoptly (Kickstarter)
In this article: adoption, adoptly, culture, fakekickstarter, internet, kickstarter
All products recommended by Engadget are selected by our editorial team, independent of our parent company. Some of our stories include affiliate links. If you buy something through one of these links, we may earn an affiliate commission.