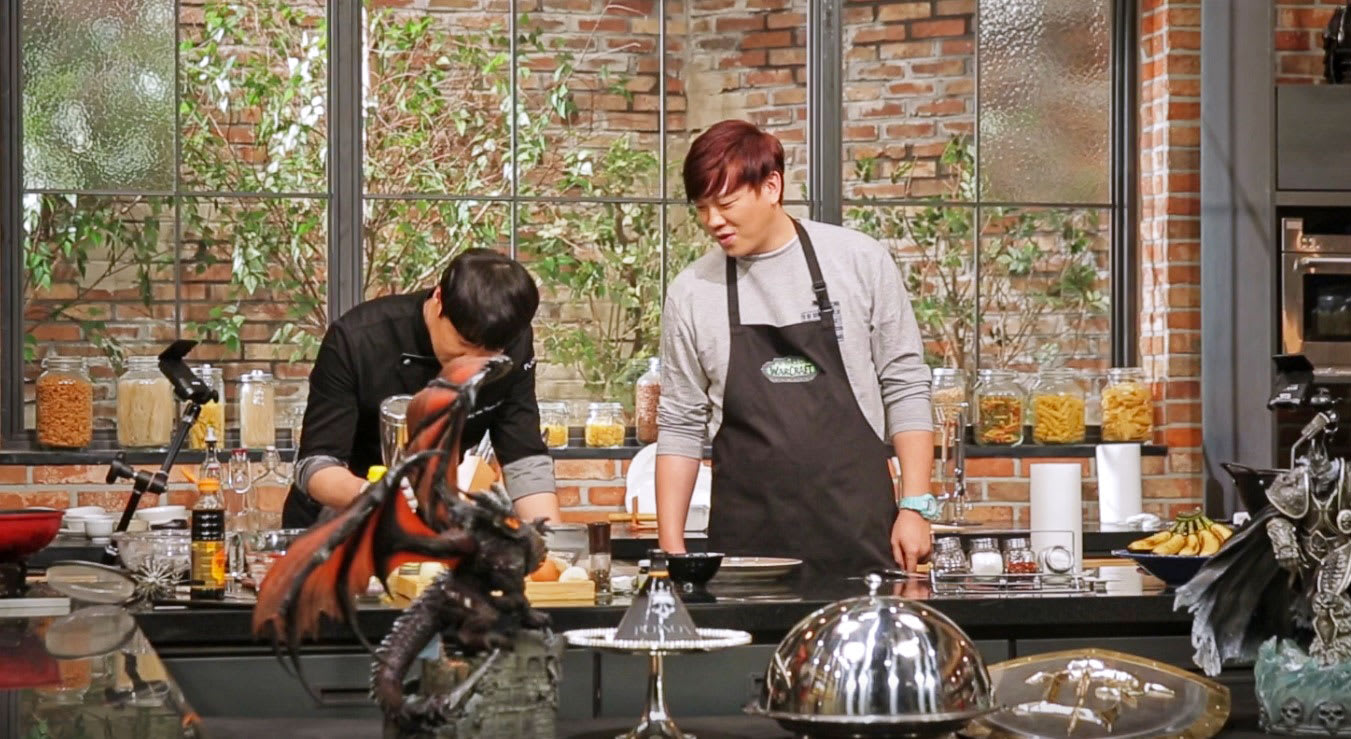 The seminal MMORPG World of Warcraft may have dwindled from its peak of 12 million players back in 2010, but Blizzard's still supporting the 12-year-old game with content and events. To celebrate the latest expansion, Legion, the studio built an elaborate cafe at Germany's Gamescom convention that served themed food and cocktails. But for everyone who couldn't fly out to Europe for some nerd cuisine, they've lined up the next best thing: A cooking show debuting tonight hosted by Choi Hyun-seok, a famous chef known for appearances on South Korean television.

Wow! Recipe? The Meal Is Ready, as it's titled, debuts tonight at 11 PM KT. According to GameAbout, Choi a known WoW player, will cook dishes like 'Hell Hound Sweet and Sour Fish' and 'Murlok Soup' while guests share stories from and about the game.

Via: Kotaku
Source: GameAbout
In this article: av, Blizzard, ChoiHyun-soek, cooking, gaming, worldofwarcraft
All products recommended by Engadget are selected by our editorial team, independent of our parent company. Some of our stories include affiliate links. If you buy something through one of these links, we may earn an affiliate commission.