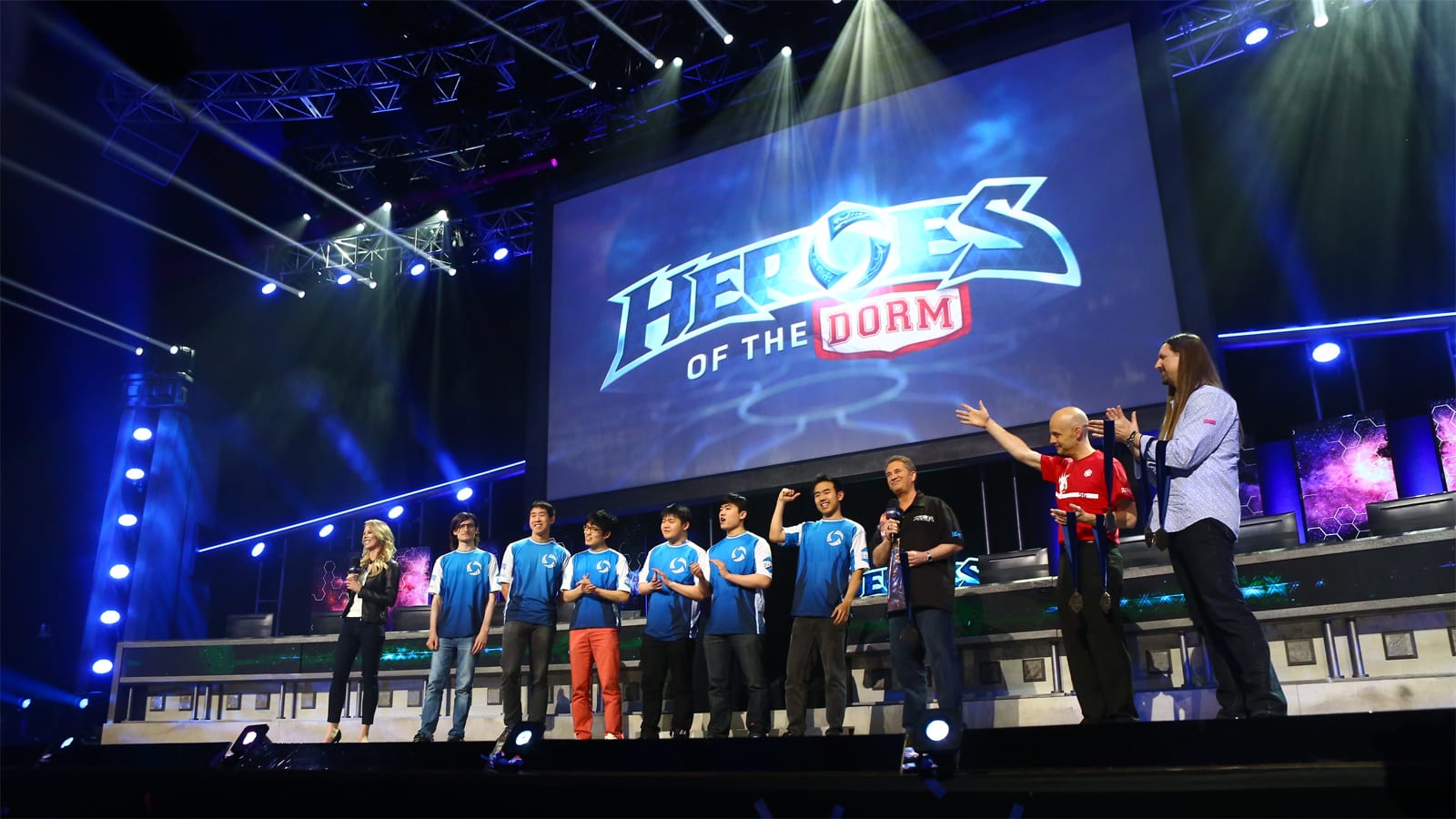 In a surprise move, Blizzard announced that this year's Heroes of the Dorm eSport tournament will be shown exclusively through Facebook Live. Based around Blizzard's popular video game --Heroes of the Storm -- this unique tournament sees college teams across the US and Canada competing for a chance to win free tuition at their university. After two years of being broadcast on ESPN, every match of 2017's competition will instead be live streamed exclusively from the game's Facebook page. Blizzard state that the move to the social network will help to 'enhance' each match, allowing the company to create easily shareable clips and interact more closely with its fans.

Despite 2015's first showing attracting only a small subset of viewers, last year's tournament was still shown on ESPN 3, Twitch and YouTube. With ESPN previously betting big on Heroes of the Dorm, this year's exclusion suggests that 2016's event didn't get the kind of ratings that the channel was hoping for.

As college education is still such an expensive proposition in the US, students will once again be flocking to test their MOBA skills in a bid to save them years of crippling debt. As of today, eligible college gamers can sign up to compete, with the matches wrapping up this spring.

In 2015, UC Berkeley's team became the first-ever Heroes of the Dorm winners, while last year's tournament saw Arizona State University's ' Real Dream Team' earning their tuition. If you're prepared to live in darkness for a few solid months, it could well be your time to shine. You can find information including the latest match lineups, up-to-date statistics and eventual player profiles at the Heroes of the Dorm site.

In this article: av, Blizzard, esports, facebook, gaming, heroes-of-the-storm, HeroesOfTheDorm
All products recommended by Engadget are selected by our editorial team, independent of our parent company. Some of our stories include affiliate links. If you buy something through one of these links, we may earn an affiliate commission.