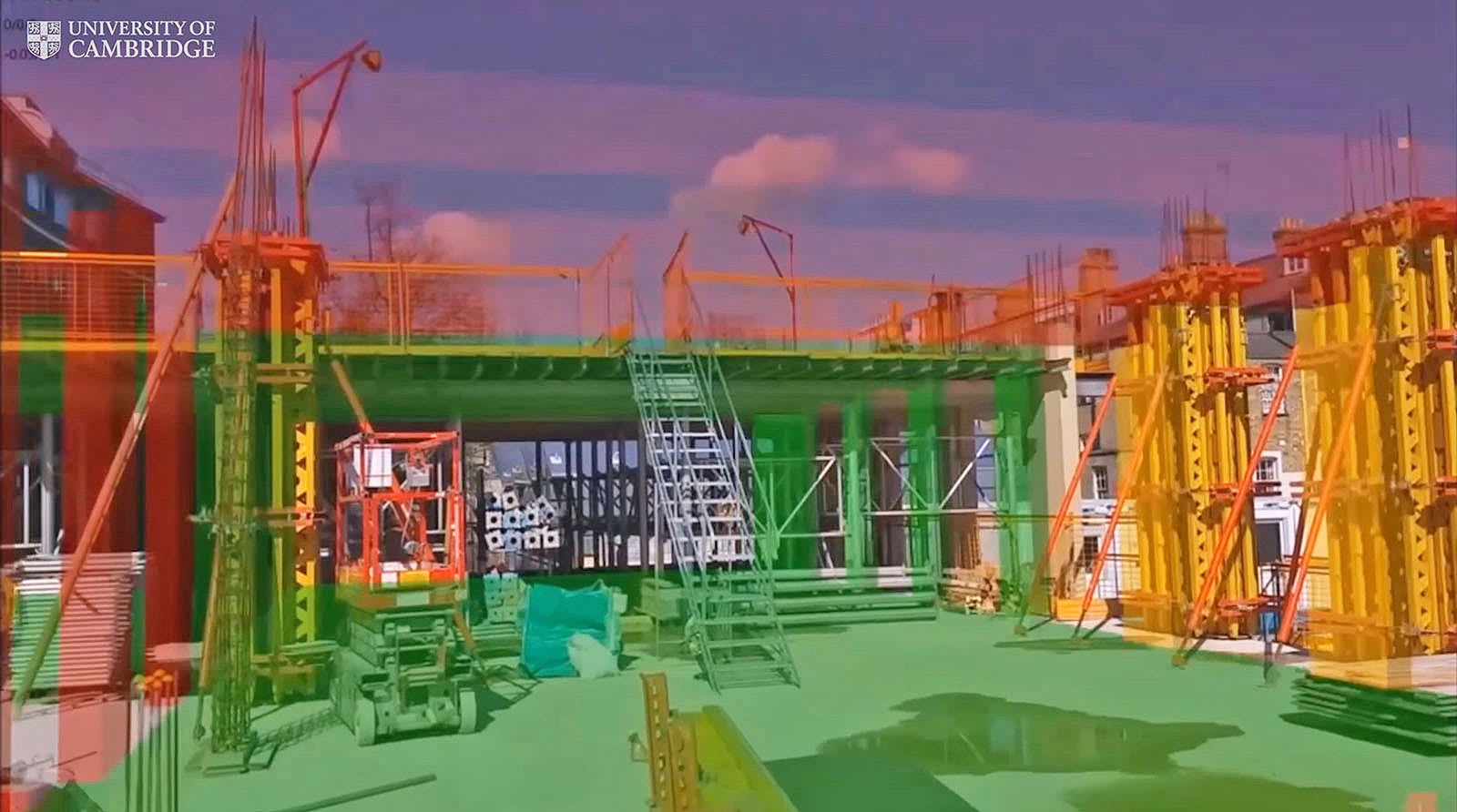 With its ability to give the real world a digital assist, mixed reality can be much more useful than the insular cocoon of VR. Microsoft is showing again how HoloLens can help designers via a collaboration with the University of Cambridge's construction IT lab. "We've never been able to bring 3D models from buildings and bridges off our screens and onto the real structure," says Cambridge's Ionnis Brilakis. Using the HoloLens, however, engineers can overlay a design onto a real world bridge or building (or vice-versa), making inspections simpler and safer.

The researchers showed two potential use cases for the HoloLens. In the first, called "automated progress monitoring," inspectors can actually "bring the design information to the construction site" via Microsoft's HoloLens Sketchup Viewer, says grad student Marianna Kopsida. That way, they can visualize relevant engineering data onsite in order to check building progress and take corrective actions where needed.

In the other scenario, inspectors take high resolution photos on the building site, bring the data back to the office, and overlay it onto a 3D model of the project. "This copy is fully textured, data-rich and an exact replica that can be used for condition testing ... to find problems with the structure," says Cambridge researcher Philipp Huethwohl. That would let inspectors avoid physical inspections, keeping them out of danger and allowing bridges and other structures to remain open.

The research shows that Microsoft is positioning HoloLens as a professional tool and not just a cool way to play Minecraft. Having worked on construction sites, I can imagine the amusement if an inspector were to show up in a VR headset, not to mention the impracticality of mixed reality compared to using real plans. Nevertheless, the device has already shown tons of promise for design and architectural visualization, and given that projects will be fully digital, why not take that data into the field, too?

Source: Microsoft
In this article: Architecture, business, CivilEngineering, gear, Hololens, microsoft, SketchUp, video, Visualization, wearables
All products recommended by Engadget are selected by our editorial team, independent of our parent company. Some of our stories include affiliate links. If you buy something through one of these links, we may earn an affiliate commission.