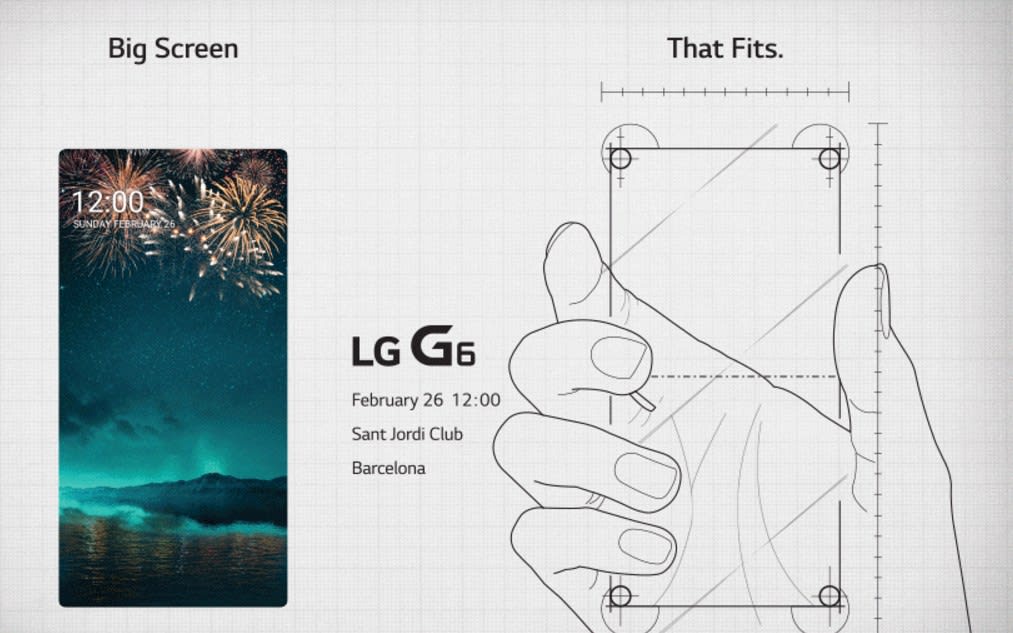 As usual, LG is continuing to slowly drop hints about its big product unveiling ahead of Mobile World Congress 2017 next month. Our official invite to the launch event for its next flagship mobile phone has arrived and positions the G6 as having a "Big Screen...That Fits." The words and diagram continue to hint at a device with minimal bezel, which backs up images previously leaked. LG itself already revealed the device's unique 18:9 ratio display -- branded "Full Vision" -- and promises it won't explode.

Since Samsung's Galaxy S8 debut will be delayed, something has to grab the spotlight in Barcelona and maybe the G6 is that phone. We'll find out on February 26th.

In this article: bezel, G6, gear, invite, LG, mobile, MWC, MWC2017
All products recommended by Engadget are selected by our editorial team, independent of our parent company. Some of our stories include affiliate links. If you buy something through one of these links, we may earn an affiliate commission.