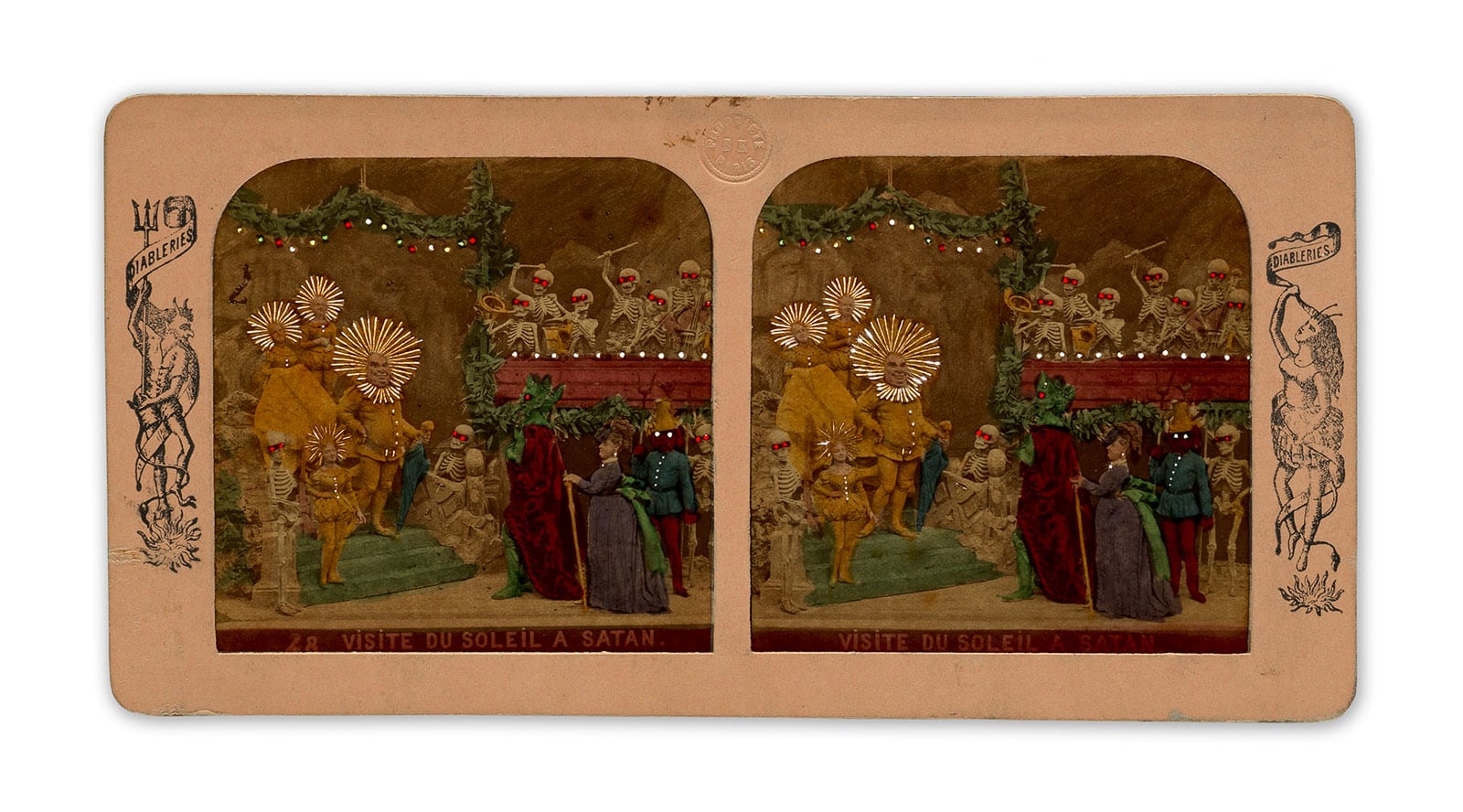 Not long after photography was born, someone figured out that showing each eye slightly shifted views of the same image makes you think you're seeing a three-dimensional scene. That idea gave birth to stereoscopic imagery, 3D movies and, eventually, VR. (Victorian stereoscopes even look like steampunk versions of modern VR headsets).

Clay miniatures were sculpted in elaborate detail by unknown artists, then photographed using a stereoscopic camera. Artists hand-colored the delicate albumen paper prints with excruciating care, so that the hues matched on both eyes to maintain the 3D illusion. They placed the prints into cardboard frames that could be used with sterescope viewers of the day (below), then applied backing tissue. Pinholes were often poked into eyes, costumes and other parts of the images, then colored to make them glow when struck by light. 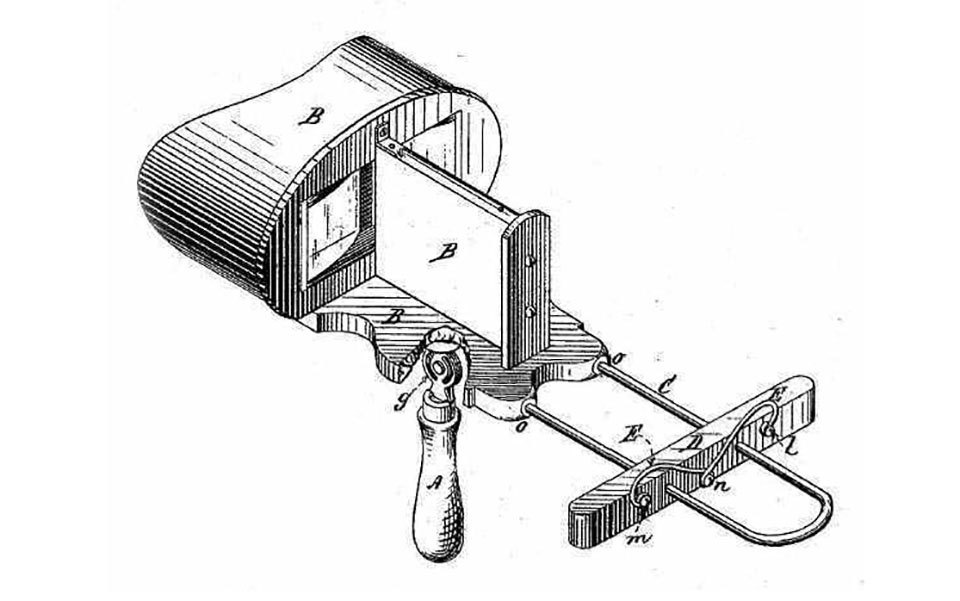 Because of the relative opacity of the tissue, the Diableries appear black and white from the front, but turn an infernal technicolor when illuminated from behind. Whoever scores the (beautifully preserved) set at auction will get electric scenes of "Madame Satan" in her boudoir, skeleton bicyclists bringing Mr. and Mrs. Satan back from a shopping trip and a war scene with a flag that says "destruction and fire."

The images aren't just meant to be amusingly horrifying (they are that), but also parody the French "bourgeoisie" upper class, the politics of the times and the horrors of war. There are a lot of comedic touches, with a sign at the entrance to hell that says "speak to the concierge" and another for a drink stand that reads "refresh yourself while passing through."

The lot is up for sale at an price estimate of $600-900, but you might be bidding against Queen guitarist Brian May. Together with a French and US expert, he wrote a book called Diableries that's accompanied by a Google Cardboard-like sterescope viewer. They also produced Android and iOS apps (complete with a special May-penned soundtrack) but you'll need a special viewer to see them in 3D.

Via: Hyperallergic
Source: Swann Auction Galleries
In this article: 3D, art, culture, hand-painted, Stereoscope, TheBigPicture, thenewbigpicture
All products recommended by Engadget are selected by our editorial team, independent of our parent company. Some of our stories include affiliate links. If you buy something through one of these links, we may earn an affiliate commission.