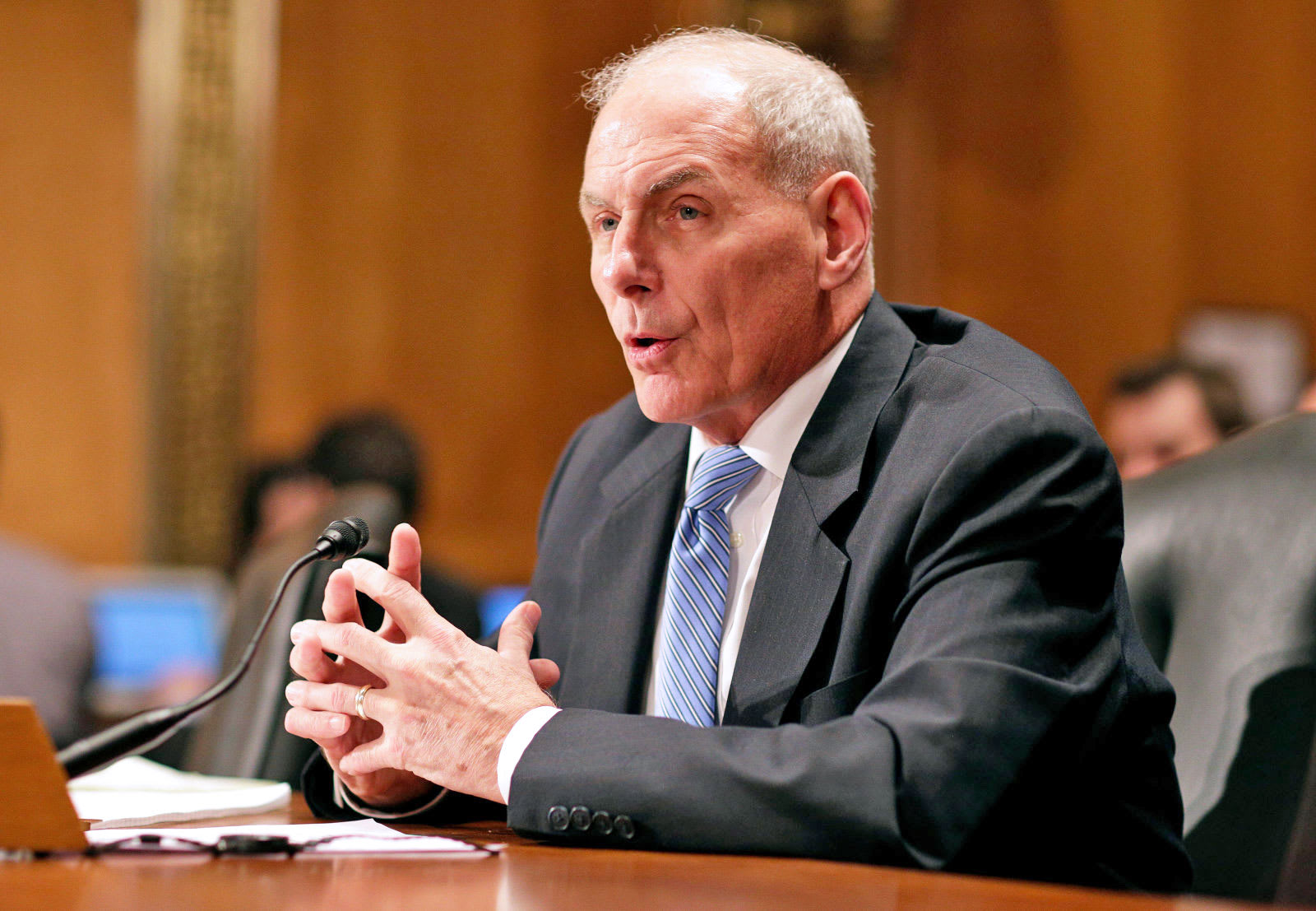 Yesterday, the Ninth Circuit Court of Appeals heard arguments from the State of Washington v. Donald Trump lawsuit that suspended the President's controversial executive order preventing entry of anyone traveling from seven Muslim-majority countries. Into this stormy climate strides Department of Homeland Security Secretary John Kelly, who told Congress on Tuesday that his agency is considering a new vetting measure for US visitors from Trump's banned nation list: forcing them to hand over passwords for their social media accounts.

"We want to get on their social media, with passwords: What do you do, what do you say?" Kelly told the House Homeland Security Committee. "If they don't want to cooperate then you don't come in."

It's just one of many vetting options the DHS is considering specifically for visitors from those countries, but it's far from a new concept. Last June, the agency submitted a proposal to add fields asking for foreign nationals' social media handles on departure and arrival forms, itself a development from the agency's 2015 policy scrutinizing social media posts in the wake of the San Bernardino shooting. But last year's proposal would have just provided travelers the option to disclose their account names. The new DHS measure would require they hand over passwords.

Access to their social media accounts would shed more light on a person than the existing vetting process allows, Kelly told the committee, which amounts to their documentation and background interviews. This is especially threadbare when they visit from "failed states" like Syria and Somalia, where infrastructure and record-keeping have degraded, according to NBC News. But other options they're considering include obtaining financial records of individuals DHS would suspect are on terrorists' payroll.

Source: NBC News
In this article: culture, DepartmentOfHomelandSecurity, dhs, immigration, JohnKelly, security, SocialMedia, travel, vetting
All products recommended by Engadget are selected by our editorial team, independent of our parent company. Some of our stories include affiliate links. If you buy something through one of these links, we may earn an affiliate commission.