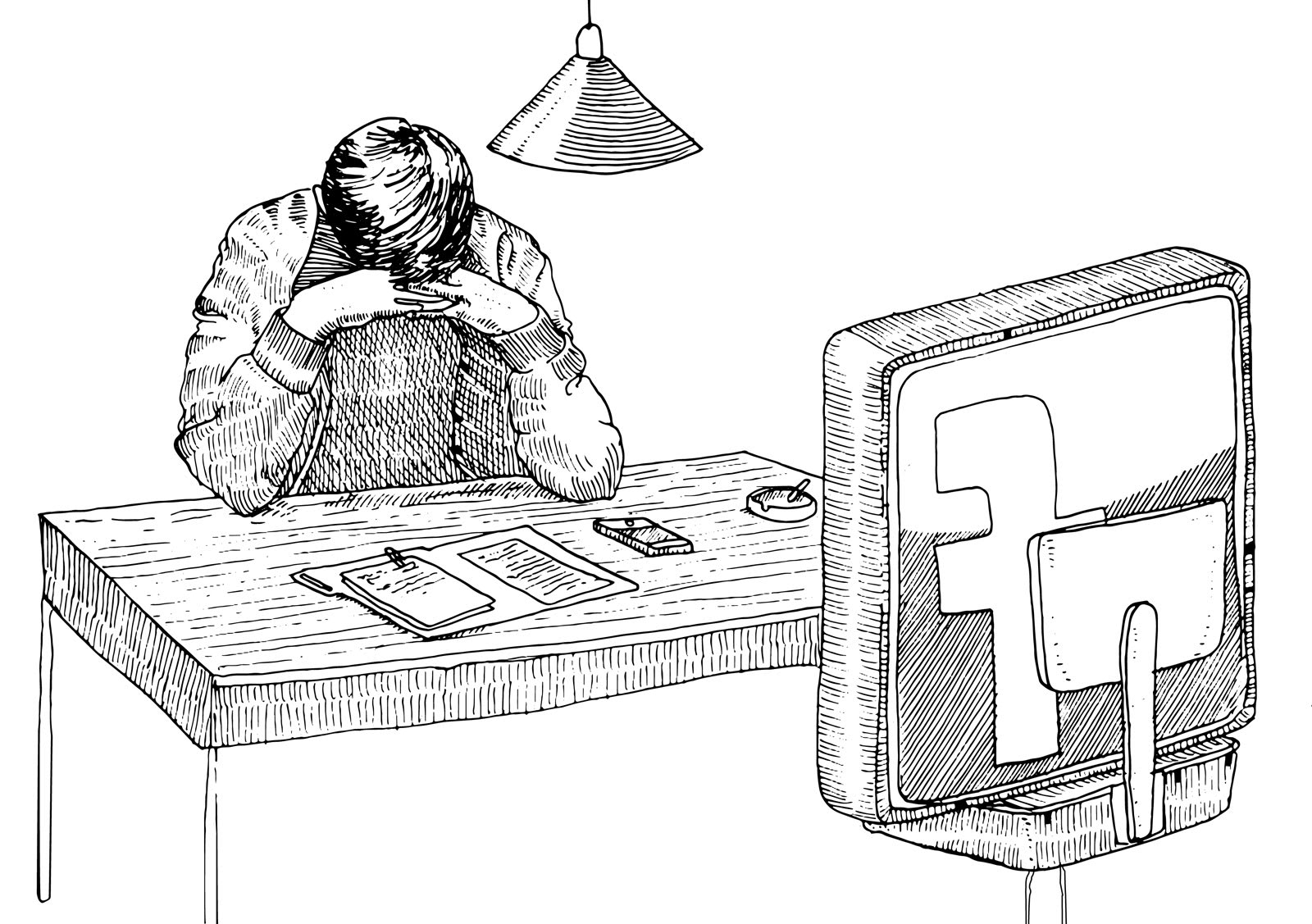 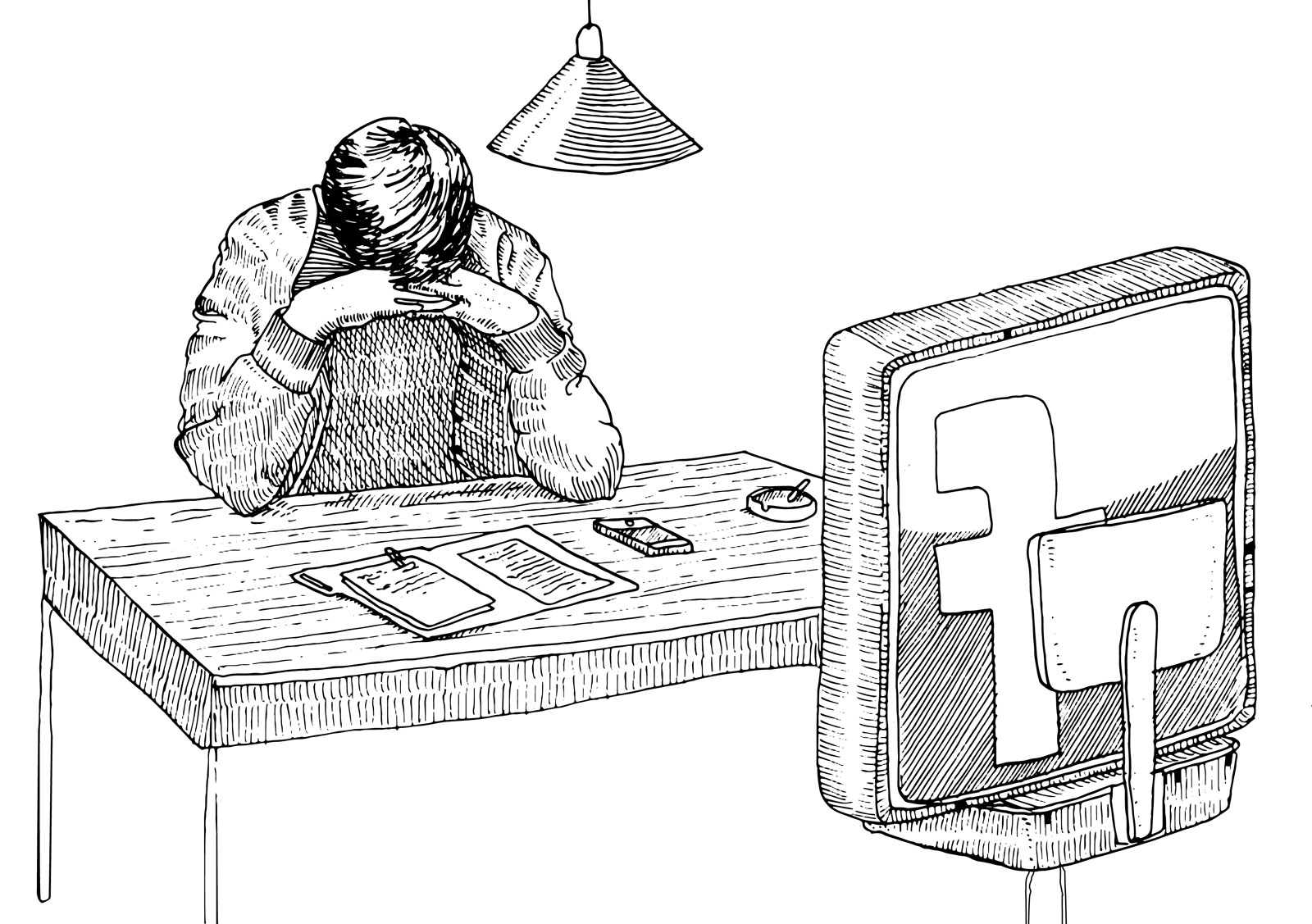 If you attend a protest in Washington, D.C., nowadays, better plan on leaving your cellphone at home. That is, unless you want police to confiscate it, mine it for incriminating information and then gather even more data from their BFF -- Facebook.

At least one person arrested during protests on Inauguration Day got an email from Facebook's Law Enforcement Response Team alerting them that investigators wanted access to their data. Another received a Facebook data subpoena.

The email was basically a countdown to when Facebook inevitably handed that data over to D.C. police. That is, unless the respondent figured out how to file an objection within a 10-day window.

When over 230 people were arrested in D.C. during protests against Donald Trump last month, many of those rounded up were not part of the protests. Cops swept up medics, legal observers, and six journalists from Voactiv, RT America and others.

All of their phones were confiscated and retained.

Everyone arrested now faces felony charges and up to 10 years in prison. In the Bay Area, where we love a good protest, it's very rare that arrested protesters get prosecuted. So it's odd to think that protesters would have their social media scrutinized after an arrest. Though, like in most cities across America, it's extremely common for investigators to search the social media of suspects in other crimes if they believe that the suspect posted something related (like photos of a beating). SFPD even has an officer devoted to following social media -- most heavily, Snapchat and Instagram, as those are apparently where you find the best crime stuff.

Oakland Police and supporting agencies like California Highway Patrol have been very transparent about monitoring Twitter to determine protest movement and plans. And we've been pretty vocal about pushing back. It only makes sense that we'd resist any form of surveillance, seeing that we're ground zero around here for ethically challenged startups that invade our privacy. Fighting the surveillance state has become part of our DNA. But a wide-ranging Facebook subpoena for felony protest prosecution isn't something we've seen the likes of.

The subpoena issued to Facebook (this one by the U.S. Attorney's Office on January 27, 2017 and signed off on by a D.C. Metropolitan Police Detective) obtained by press this week is chilling. It targeted another inauguration arrestee, and requests subscriber information from Facebook that includes all names, all addresses (home, business, emails), phone records, session details (IP, ports, etc), device identification info, payment information, and more.

CityLab explained, "The redacted blocks on the second page shield columns of phone numbers, which are connected to other arrestees for whom the district attorney and police are seeking information."

The list of phone numbers may indicate that police have gained access to someone's phone and are building a case with what they found. A screenshot provided to CityLab indicates police began mining information from the confiscated devices right after the arrests.

On one hand, that could've been automated pinging by Gmail to Google's servers. Or, it could've been something darker. When phones are taken as evidence, they're supposed to be secured in a signal-blocking Faraday bag to prevent remote wipes. Fred Jennings, a cybercrime defense attorney at the firm Tor Ekeland in New York, told press: "If it had been secured properly and placed in the bag to safeguard it, there'd be no way for it to ping the server."

For some of us, this sets off a different set of alarms. It's scary enough that police are arresting journalists and mining our phones for all the terrifyingly detailed data Facebook seems all too happy to give up. But authorities with questionable intent are also collecting our contacts, and pose a very real risk for our protected sources.

Some of this could be solved by ditching our devices in favor of carrying on-the-scene burner phones. But this presents a new host of complications and problems, even for the well-intentioned protester or march participant. For one, it's a hassle for most people. It also defeats the purpose of using your Twitter or Facebook account. More than ever, it's vital that our voices are heard through media we share from our phones. Things like immigration-ban protests and the state-level denial of chaos at the airports can't be dismissed when the realities are documented through our established Facebook and Twitter accounts. 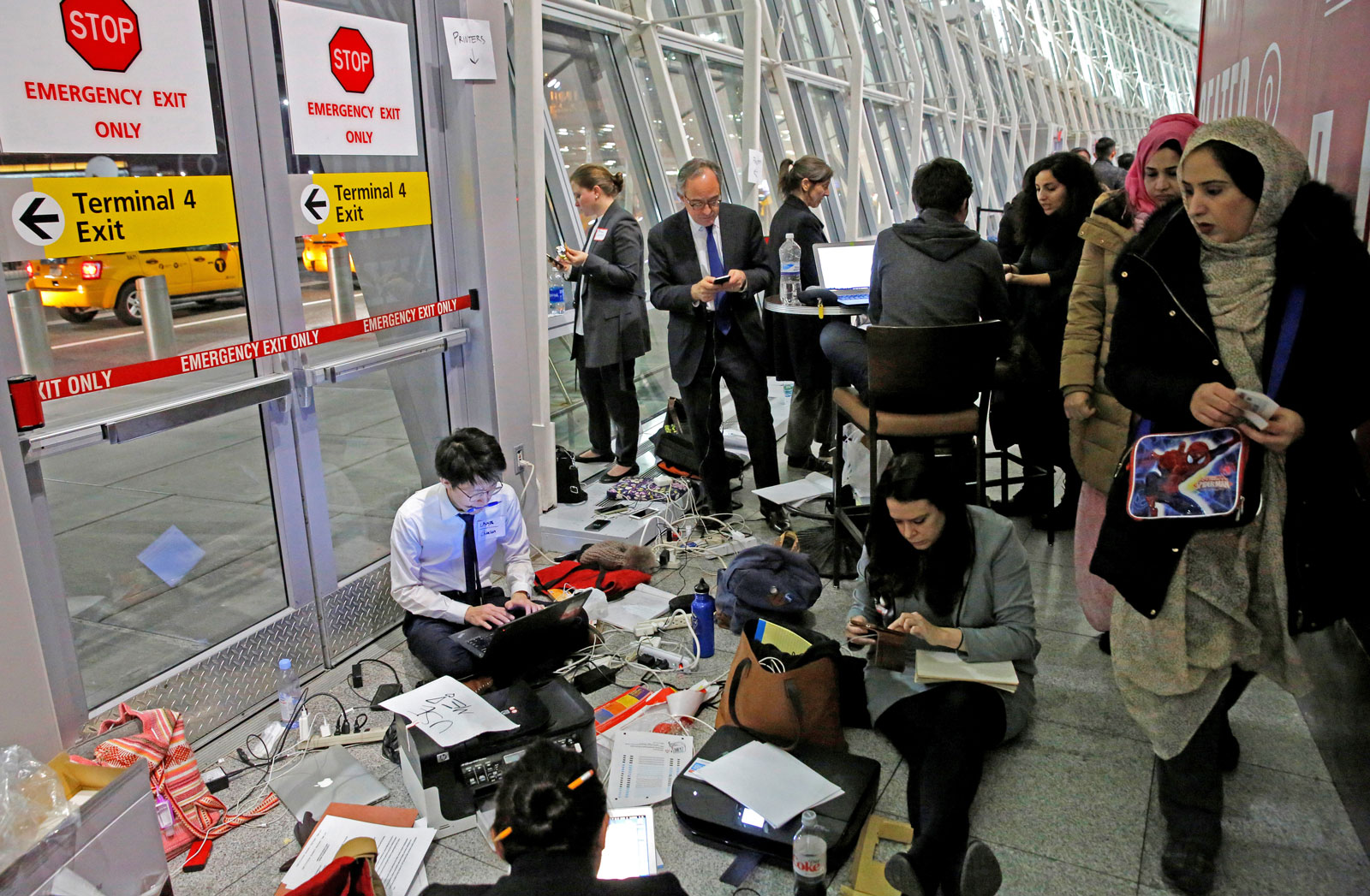 Keeping a record of what authorities do to us, and being able to send a signal flare for help to our networks, makes them being used against us a much bigger problem than just saying "leave your phone at home" or "don't talk about the protest online."

It's not a stretch to lay blame at Facebook's feet for taking data we don't necessarily want to give it, and for its well-established collaboration with police against its users. It's a bigger stretch to suggest that the agreement between Facebook and its users is any kind of informed consent.

It's interesting that this news comes up the same week that 333,000 people signed a petition demanding Facebook improve its corporate citizenship, with 1,500 of the signees being company shareholders. That document led to a proposal to remove Mark Zuckerberg from the board.

This, it said, was necessary at a time when Facebook "faces increasing criticism regarding its perceived role in the promotion of misleading news; censorship, hate speech and alleged inconsistencies in the application of Facebook's community-standards guidelines and content policies; targeting of ad views based on race; collaboration with law enforcement and other government agencies; and calls for public accountability regarding the human-rights impacts of Facebook's practices." 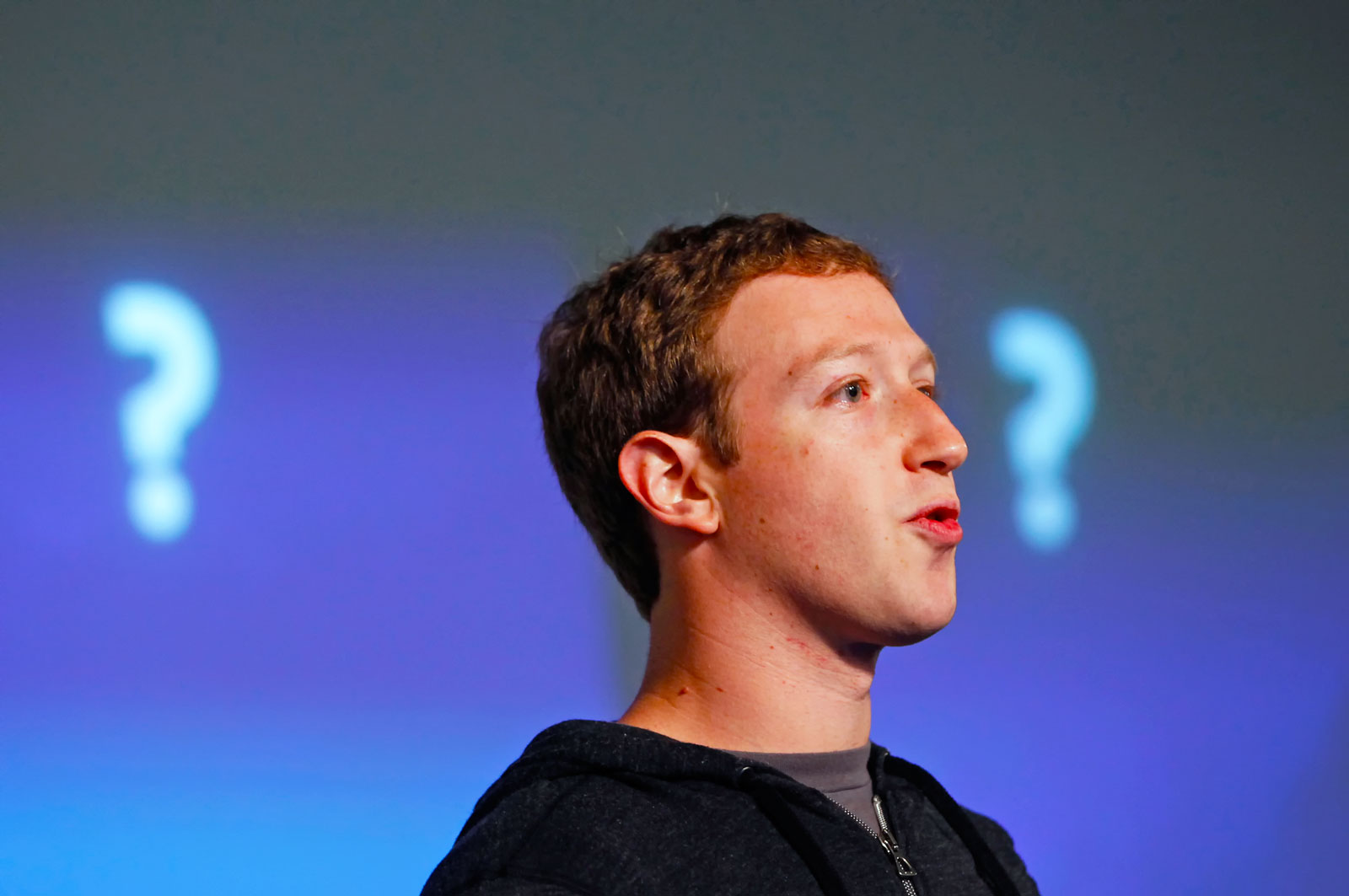 It's that collaboration with law enforcement and human-rights accountability we'll be hearing more about as the D.C. arrest cases unfold. It's not a new story, just an old one with a twist: Facebook got called out just before the US presidential election for colluding with authorities against its users' human rights, specifically US police departments. A coalition of 70 human-rights groups, including the ACLU, wrote a public letter to Facebook condemning the company's zeal in doing police bidding around the world.

Facebook, of course, just wants us to live our lives so it can keep collecting data we don't even know we're creating. Recording and storing our location, connections, contacts, experiences, our secrets and our history.

It's transforming our memories into a malevolent, atavistic shadow that someday may be used against us in a court of law.

In this article: ACLU, badpassword, column, culture, facebook, immigration, police, protest, security, services, SocialMedia
All products recommended by Engadget are selected by our editorial team, independent of our parent company. Some of our stories include affiliate links. If you buy something through one of these links, we may earn an affiliate commission.