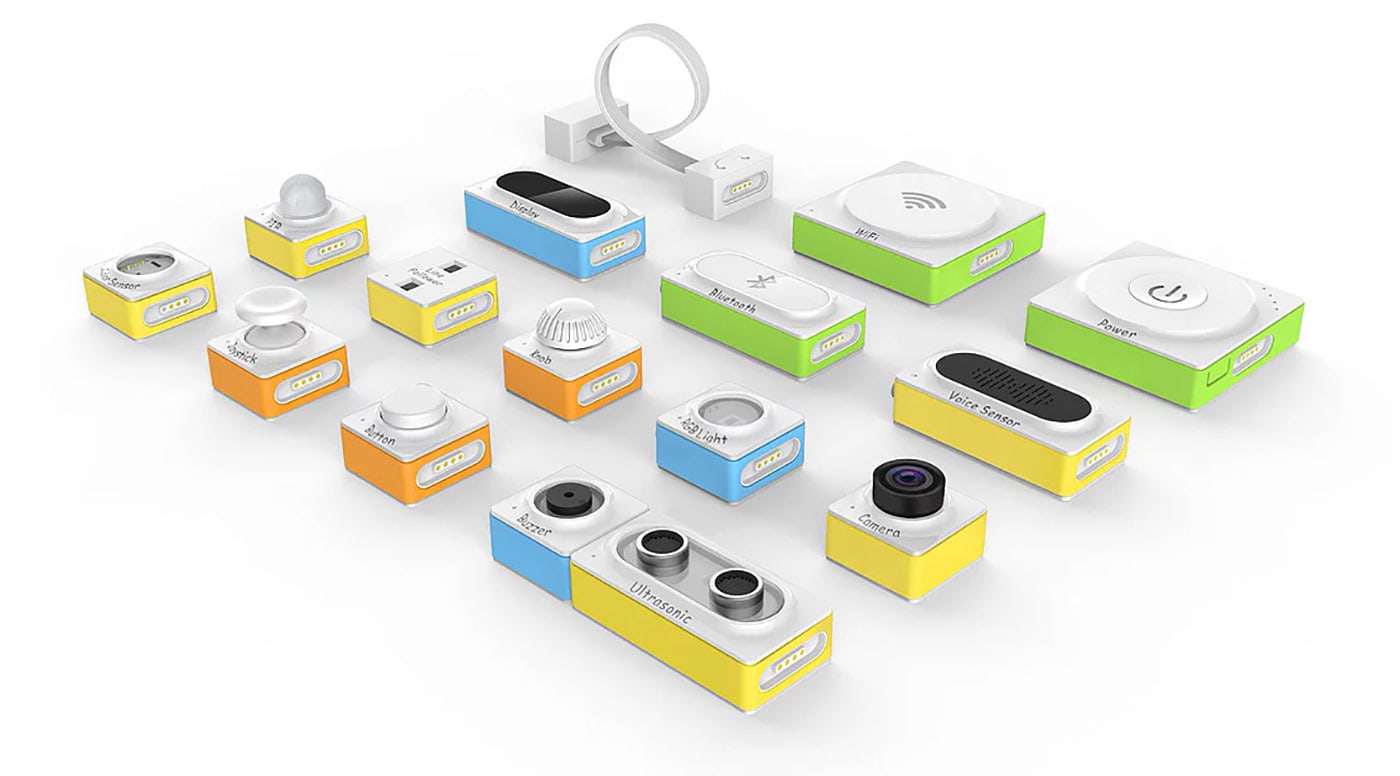 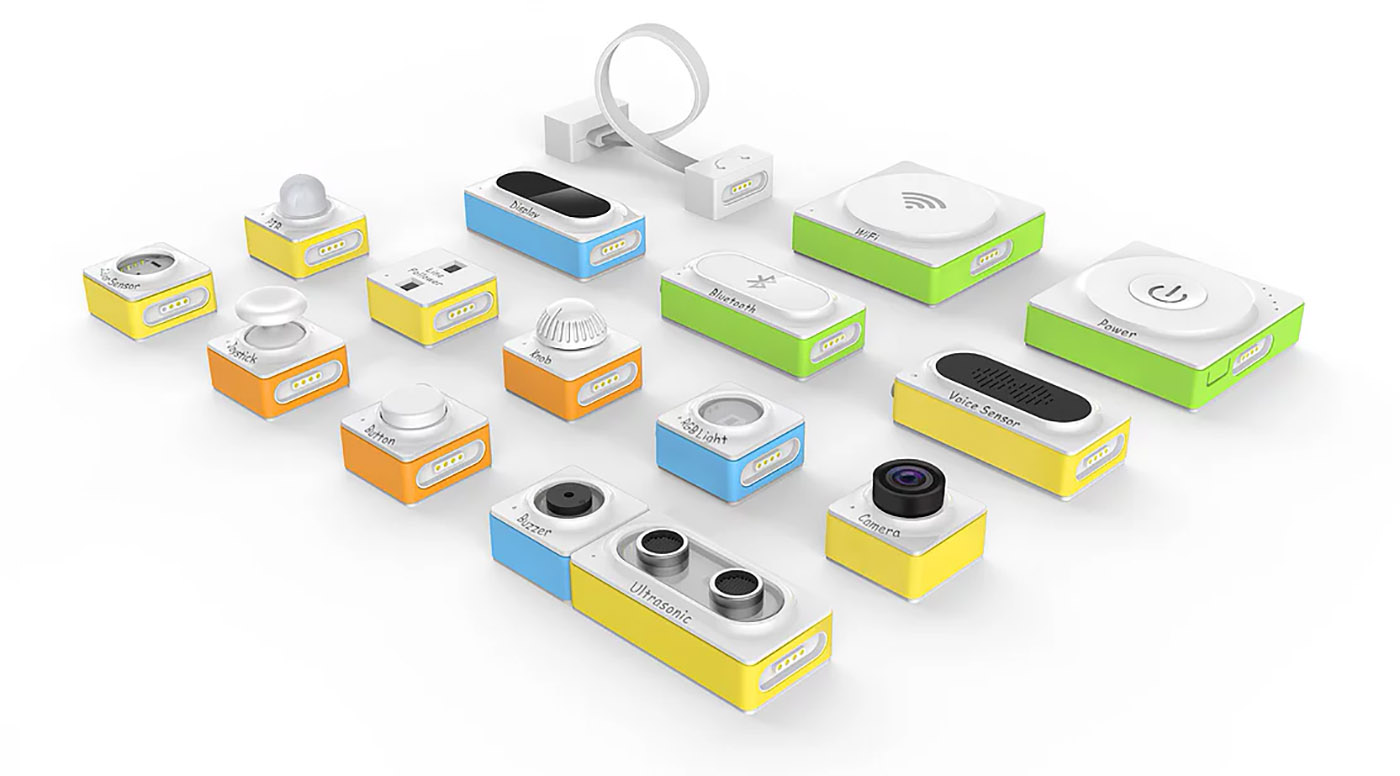 Makeblocks, a company known for kid-friendly robotics and DIY hovercraft-drones, is launching a new gadget-building platform called Neuron. It's like Lego meets Littlebits -- you get over 30 blocks with different functions that kids can snap together and then program to create science experiments or gadgets like an internet-connected cat feeder. The system is platform agnostic, the company says, so it can work with products like Lego and even Microsoft's Cognitive Services AI platform.

There are four kits available: Explorer, Light Wizard, Science Lab and All-in-One. Each is equipped with basic blocks like a light sensor and adjustment knob, with the different kits featuring specialized blocks geared toward a child's interests, like cold cathode, WiFi and camera blocks. Others include a voice sensor, Bluetooth, ultrasonic and display module.

Once your kit is set up, you can program it using Makeblock's mBlock, a graphical and flow-based programming system, with "no prior coding knowledge necessary," the company says. It also promises steady updates to allow for new projects and capabilities. mBlock is based on Scratch 2.0, a code teaching program, so it should be easy for kids who've done some Arduino programming to pick up.

Other features include remote control via WiFi (letting kids water plants or feed pets via a smartphone), high durability, third-party software (including Microsoft's Cognitive Services AI platform) and Lego compatibility, presumably letting you marry Neuron with Mindstorms, or at least use Lego blocks as structural elements in projects. 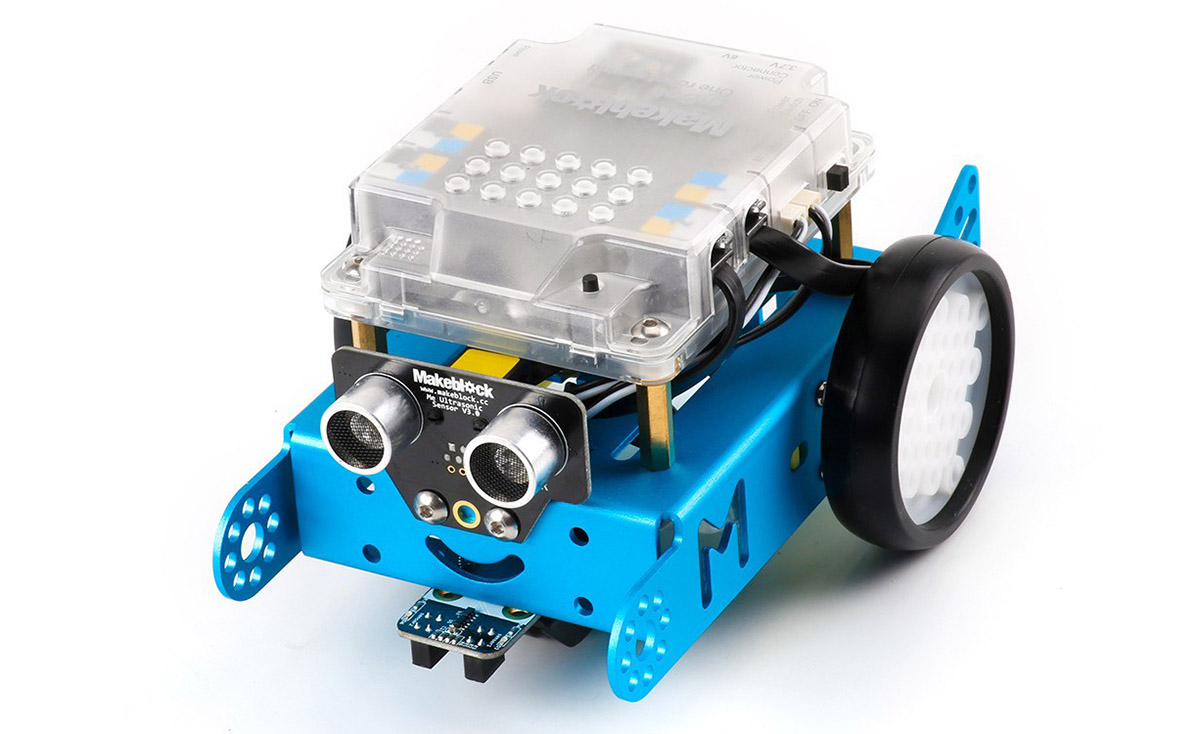 The Makebot Neuron project is launching on Kickstarter starting at $69, meaning you're taking a mild risk ordering it. However, the Shenzhen, China-based company says its products are in over 25,000 schools, and it has done a bunch of successful Kickstarter campaigns, including the mBot robot building kit (above), Codeybot code-teaching robot and Airblock drone-cum-hovercraft, which garnered $830,000 by itself. The Kickstarter campaign launches next week, and we'll update this post with a link once it does.

Source: Makeblock
In this article: Education, gear, home, iOT, Lego, LightSensor, MakeBlock, robots, STE, TL17TYCDE
All products recommended by Engadget are selected by our editorial team, independent of our parent company. Some of our stories include affiliate links. If you buy something through one of these links, we may earn an affiliate commission.