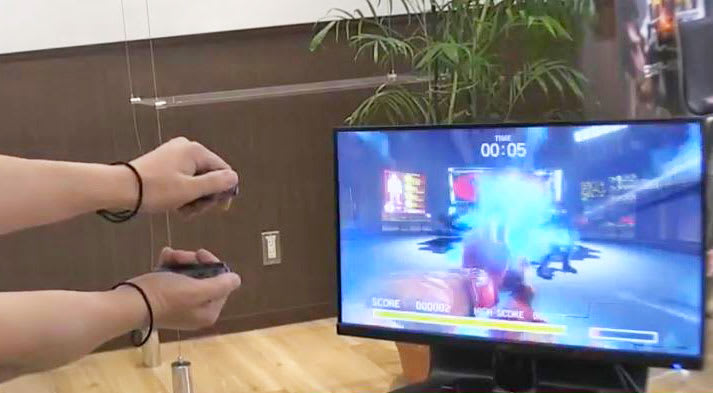 News keeps trickling in for the Switch as we await its public release next month. Befitting a Nintendo console, they range from exciting to bizarre, often taking the system's novel points and running into unpredictable territory. Such is the case with the upcoming Ultra Street Fighter II, as a new video emerged confirming rumors that we will, at last, get a first-person hadoken-throwing experience.

Alright, it's not perfect. The latest episode of Capcom TV showcased the new mode, "Way Of The Hado," which looks more like a House Of The Dead-style rail shooter than the fluid combat Street Fighter is known for. The host ends up flinging his motion-control Joy-Con controllers around to erratically activate Ryu's trademark fireball, uppercut and spin-kick special moves to take down waves of Shadaloo grunts. Maybe the activation gestures will get tightened up before release, but the video gave me flashbacks to the controller-flailing heydey of Wii Sports when precision took a backseat to spastic jabs and prayers.

Via: Nintendo Life
Source: Capcom TV
In this article: av, Capcom, gaming, joycon, MotionControl, nintendo, nintendoswitch, StreetFighter, switch, UltraStreetFighter2
All products recommended by Engadget are selected by our editorial team, independent of our parent company. Some of our stories include affiliate links. If you buy something through one of these links, we may earn an affiliate commission.