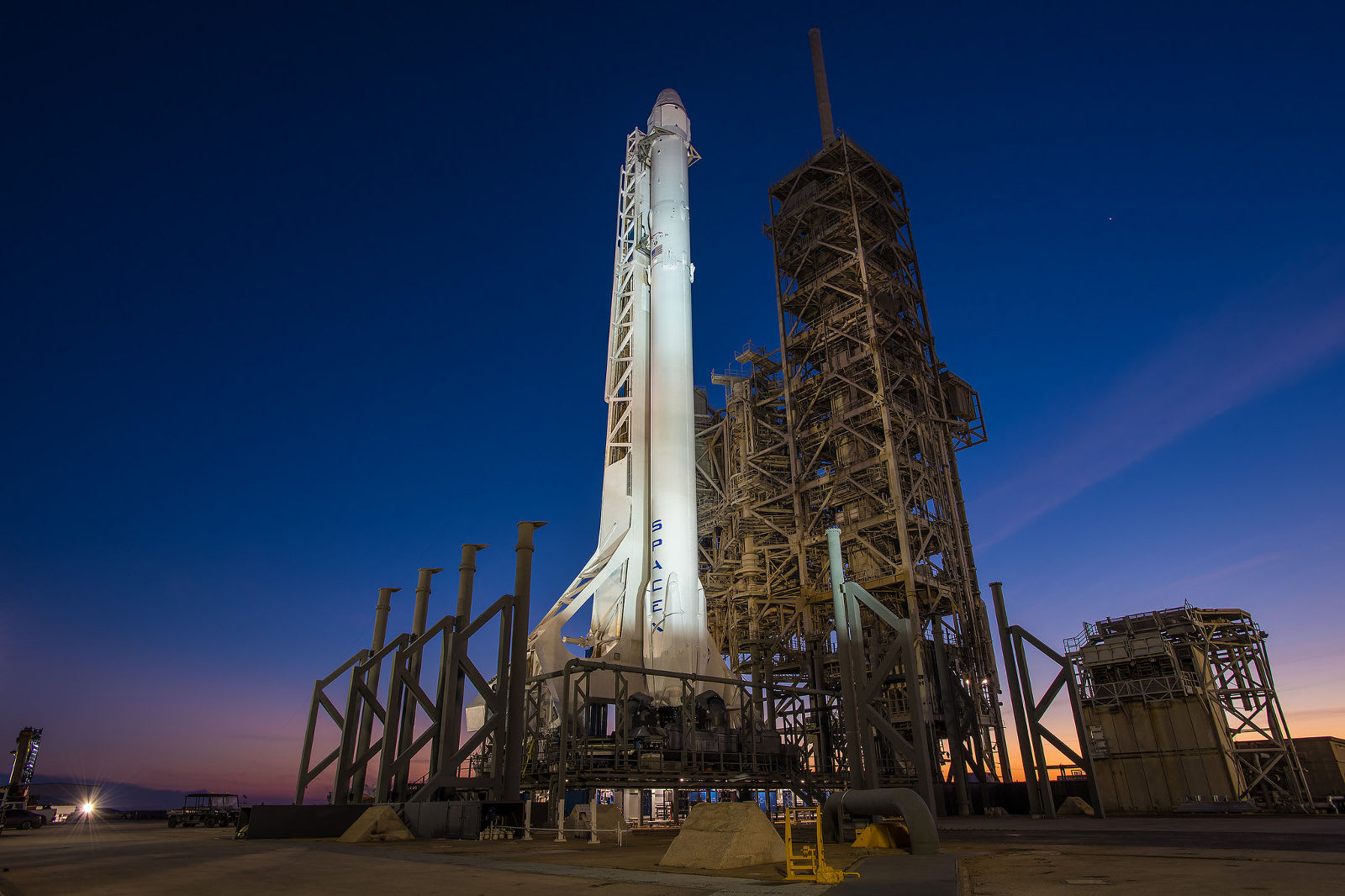 At 10:01 AM ET on February 18th, a SpaceX flight will take off from Launch Complex 39A for the first time since the company signed a 20-year lease for its use. The company will also attempt another first stage landing around 9 minutes after take off. Complex 39A is the same historic site where NASA used to launch space shuttles from the beginning through the end of the program. In 2013, the agency opened up the Kennedy Space Center launch pad to private space companies, which prompted Elon Musk and Blue Origin chief Jeff Bezos to bid against each other. After Musk won the bidding war, SpaceX began modifying the site for its Falcon 9 and Falcon Heavy rockets.

SpaceX's February 18th launch is an ISS resupply mission carrying quite a few new instruments and scientific experiments. One of them is Raven, a module that will test technologies designed for autonomous rendezvous in space. It has three different sensors that can image and track the vehicles visiting the ISS. Raven will convert those images into an "accurate relative navigation solution" to help the spacecraft steer toward the right location. Anything it learns during its tenure on the station can be used to make sure future unmanned spacecraft don't crash into each other.

You can watch the event on NASA TV, which will begin its live broadcast at 8:30AM. SpaceX actually almost canceled the flight after it found a helium leak -- a "very small" one, according to Musk -- in the rocket's second-stage booster. The company's personnel addressed the issue, though, and the FAA approved the flight on Friday afternoon. If the launch doesn't go as planned, the next possible launch schedule is February 19th at around the same time.

Update: SpaceX aborted the mission at the last moment (13 seconds before launch) out of an "abundance of caution" as it investigates potential issues with the thrust vector control system on the rocket's second stage. It's now trying for a launch on February 19th at 9:38AM Eastern.

All systems go, except the movement trace of an upper stage engine steering hydraulic piston was slightly odd. Standing down to investigate.

Looks like we are go for launch. Added an abort trigger at T-60 secs for pressure decay of upper stage helium spin start system.

Source: Space, NASA (1), (2), NASA TV
In this article: falcon9, iss, launchcomplex39A, science, space, spacex
All products recommended by Engadget are selected by our editorial team, independent of our parent company. Some of our stories include affiliate links. If you buy something through one of these links, we may earn an affiliate commission.