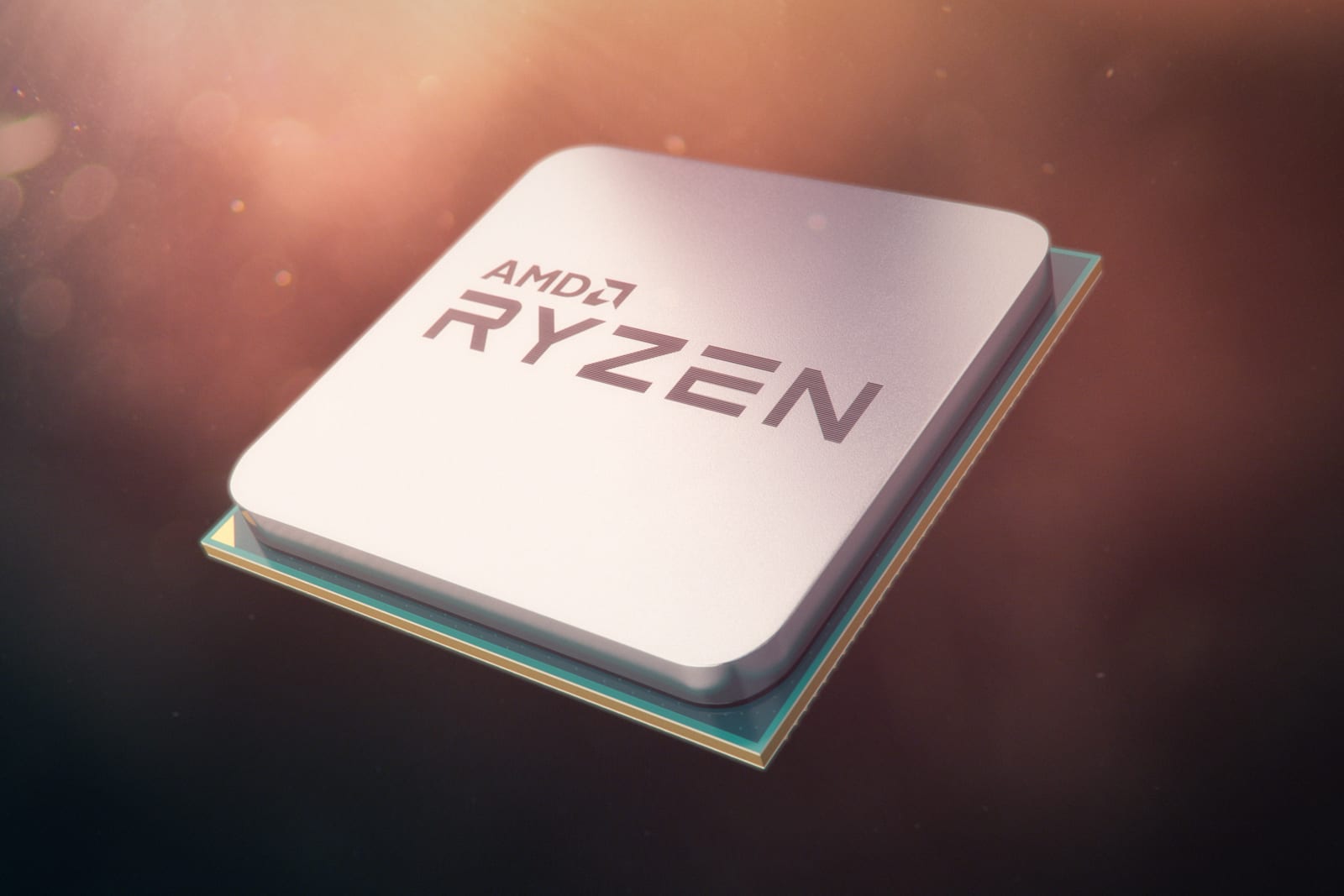 AMD has largely ceded the performance processor space to Intel in recent years. You typically get one of its chips inside a budget PC, not an all-out gaming rig. At last, though, you might have reason to get excited: AMD is launching Ryzen 7, a desktop CPU line based on its much-ballyhooed Zen architecture. The key is a dramatic improvement in the number of instructions the chip can handle at once. A Ryzen 7 CPU can do 52 percent more work every cycle than a similarly-clocked predecessor thanks to a newer 14-nanometer manufacturing process, five times the bandwidth and some overdue architectural upgrades. This is AMD's first processor with simultaneous multithreading (Hyper-Threading in Intel speak), so each core can execute two code paths at the same time.

Depending on what you get, you might even get a relatively quiet, efficient system. AMD claims the 3GHz Ryzen 7 1700 is the lowest-power 8-core desktop chip you can buy, with a 65W thermal design target. And if you snag the new Wraith Spire cooler (included with the 1700), you'll have a relatively silent system with a 32dB noise level.

The initial range arrives both by itself (including compatible motherboards) and in pre-assembled systems on March 2nd, and it unsurprisingly focuses on higher-end systems. AMD is still promising a lot of value for your money. though. Your selection starts off with the Ryzen 7 1700, which at $329 is supposed to beat Intel's slightly pricier Core i7 7700K in multithreaded chip tests. The 3.4GHz 1700X reportedly outperforms the Core i7 6800K at a lower $399 price tag, and the 3.6GHz 1800X can just edge out a not-quite-top-tier Core i7 6900K while costing less than half as much, at $499.

These are lofty claims, and there's good reason to be skeptical. AMD's performance claims largely revolve around one benchmark (Cinebench R15), and it's so far saying only that you can get a "comparable" 4K gaming experience. You'll likely have to wait until Ryzen 7 ships to see how it fares in real-world tests, which could easily be less flattering. Still, the fact that AMD is even in the same ballpark as Intel is a huge deal -- this promises real competition that gives you better choices, and could force Intel to lower prices.

Source: AMD
In this article: amd, b350, cpu, desktop, gaming, gear, personal computing, personalcomputing, processor, ryzen, ryzen7, x370, zen
All products recommended by Engadget are selected by our editorial team, independent of our parent company. Some of our stories include affiliate links. If you buy something through one of these links, we may earn an affiliate commission.