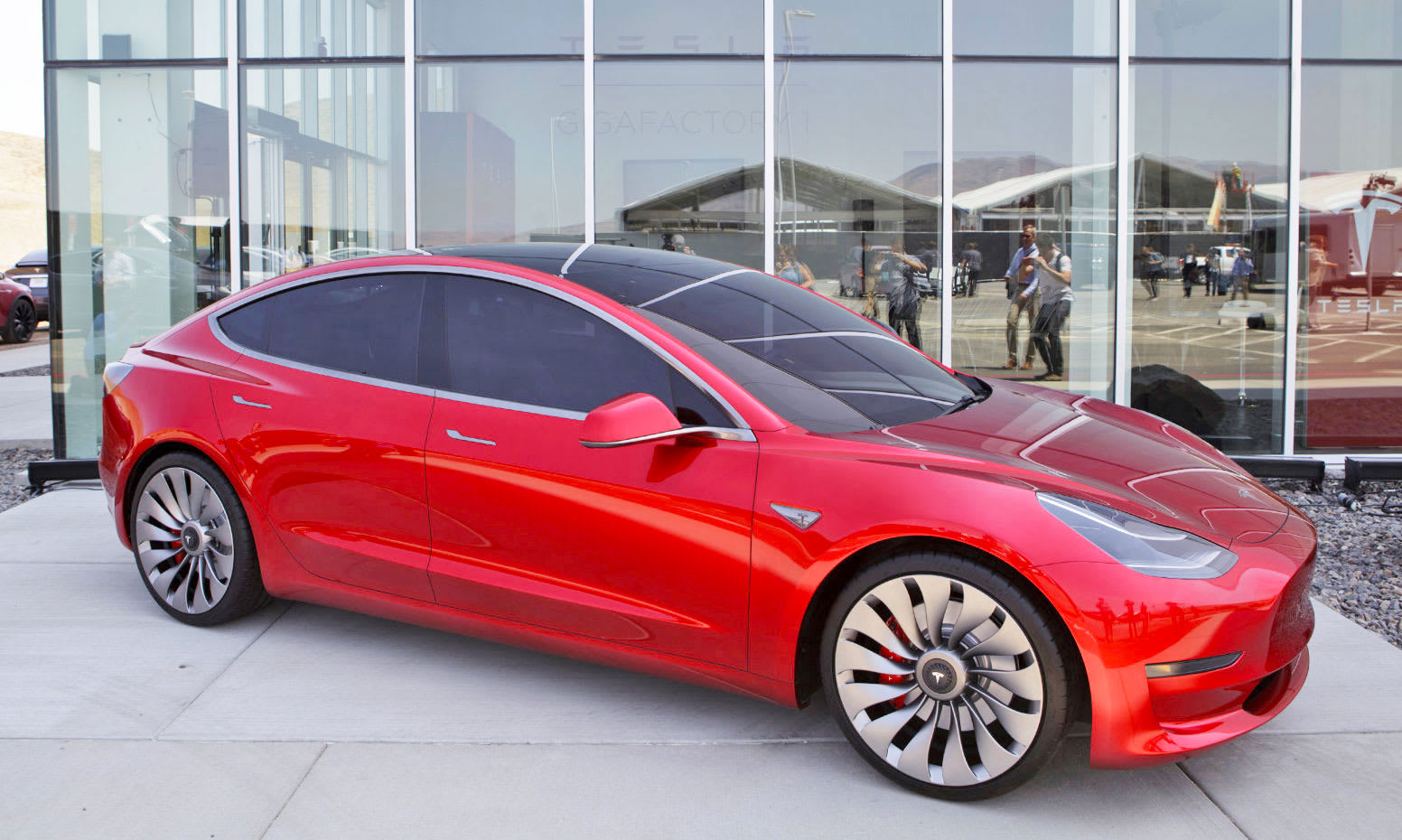 Tesla's final earnings report for 2016 is most notable for what it tells us to expect in the upcoming year. In a letter to shareholders (PDF), Elon Musk & Co. report that Model 3 production is on track to start in July, ramping up to full-scale production in September. As our friends at Autoblog note, that means the earliest pre-ordering customers could see their cars by the end of this year.

In the letter, Tesla also says it's planning to double the number of Supercharger locations in North America, which should make those cross-country trips even easier. Another convenience-enhancing move that is the expansion of its mobile repair service, as it claims that more than 80 percent of repairs can be performed remotely at owner's home or workplace. TechCrunch reports that on a call with investors, execs mentioned some customers in Asia have the opportunity to roll insurance and maintenance into the car's purchase price. Tesla VP Jeff Evanson said: "It's our vision in the future that we'll be able to offer a single price for the car, maintenance and insurance in a really compelling offering for the consumer."

Other items that came up included the departure of CFO Jason Wheeler, to be replaced by Deepak Ahuja, who was previously the CFO before leaving in 2015. Tesla also plans to produce 71 percent more cars (between 47,000 and 50,000) in the first half of 2017 as compared to the first half of 2016, and it will announce locations on Gigafactories 3, 4 and 5 later this year.

Source: Tesla Q4 2016 earnings (PDF)
Coverage: TechCrunch, Autoblog
In this article: earnings, electricvehicle, ev, financials, gear, Model3, ModelS, ModelX, Q4, Q42016, supercharger, Tesla, transportation, video
All products recommended by Engadget are selected by our editorial team, independent of our parent company. Some of our stories include affiliate links. If you buy something through one of these links, we may earn an affiliate commission.