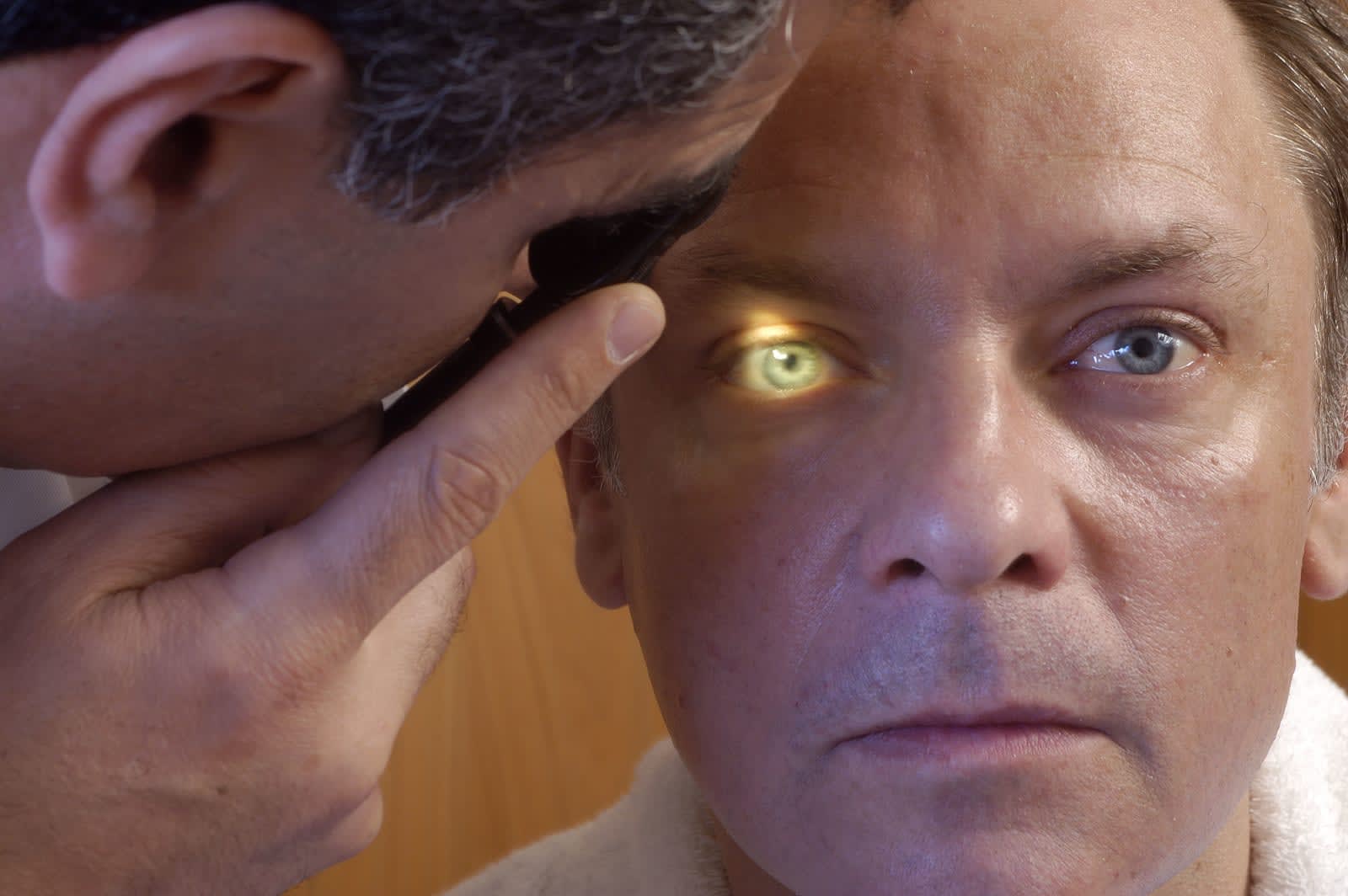 Scientists have been struggling to fight retinal degeneration in an elegant way. The most practical solution so far involves external devices that send wires to the back of your eyes. There might be a much more graceful approach before long, however. Researchers have developed an implant whose light-sensitive material could at least partially restore retinas and preserve your eyesight. Their invention combines a biocompatible substance (in this case, silk) with a conductive polymer and an organic semiconductor to send electricity to nerve cells whenever the implant is subjected to typical environmental light. Previous attempts at photovoltaic devices like this have required either exceptionally bright light or unusual light wavelengths to work, so this would be far more practical in the real world.

Early experiments are promising, although they do reveal some limits. Rats with the implants don't show any improvement over their afflicted peers in low light (since the light-sensitive material isn't kicking in), but their response to brighter light is nearly as good as that of a healthy animal. And since the materials are organic-friendly, the rats kept the implants in place for 6 months with no inflamed tissue.

Don't get too excited by the discovery. The scientists aren't entirely clear how the electrical charges turn into nerve responses, for one thing. And as Ars Technica explains, there's also the question of how much vision the implants are actually restoring. The rats may be responsive to light, but that doesn't mean that they have the eyesight they did before retinal degeneration kicked in. Look at it this way, though: even if a future human implant only offered a partial fix, it could give basic visual cues to people who might otherwise go blind.

Via: Ars Technica
Source: Nature
In this article: eye, eyes, eyesight, gear, implant, medicine, photovoltaic, retina, retinaldegeneration, RetinalDegenerativeDisease, science, TL18EYES, TL19EYEC, tomorrow, vision
All products recommended by Engadget are selected by our editorial team, independent of our parent company. Some of our stories include affiliate links. If you buy something through one of these links, we may earn an affiliate commission.