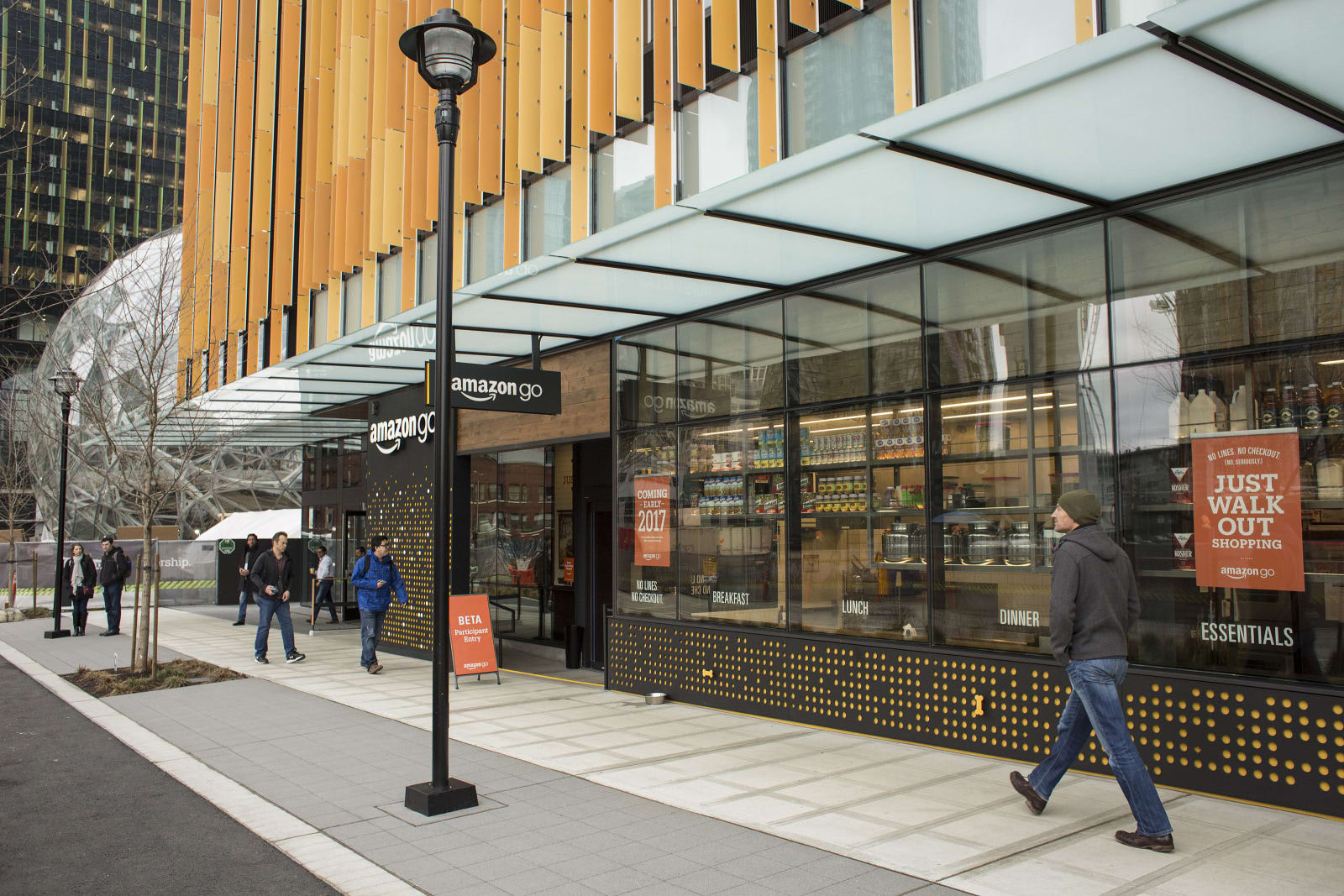 Amazon was planning on a public launch of its cashier-less Go convenience store at the end of March according to The Wall Street Journal, but the retailer has hit a few speed bumps. The test location in Seattle uses cameras, sensors and algorithms to track customers while they shop so they don't have to wait in line to check out. Unfortunately, the system has trouble keeping up if there are more than 20 people in the store at one time. It also has difficulty tracking items if they're moved from a specific location on the shelf.

Right now, the tech driving the Amazon Go store works well if there are only a few people inside and if they're moving slowly according to WSJ's sources. However, this isn't an accurate representation of a real-world environment where customers will expect to stop in, grab what they're after quickly and leave immediately. It seems that the company has delayed opening the lone Go location to the public until it can remedy the issues.

When it was first announced, Amazon said you would be able to stop by in "early 2017" and the Go information page on its site still lists the same estimate. We reached out to Amazon for a comment on the matter and we'll update this post when we hear back.

Source: The Wall Street Journal
In this article: amazon, amazongo, business, culture, shopping, stores, TL17AMAZSHP
All products recommended by Engadget are selected by our editorial team, independent of our parent company. Some of our stories include affiliate links. If you buy something through one of these links, we may earn an affiliate commission.