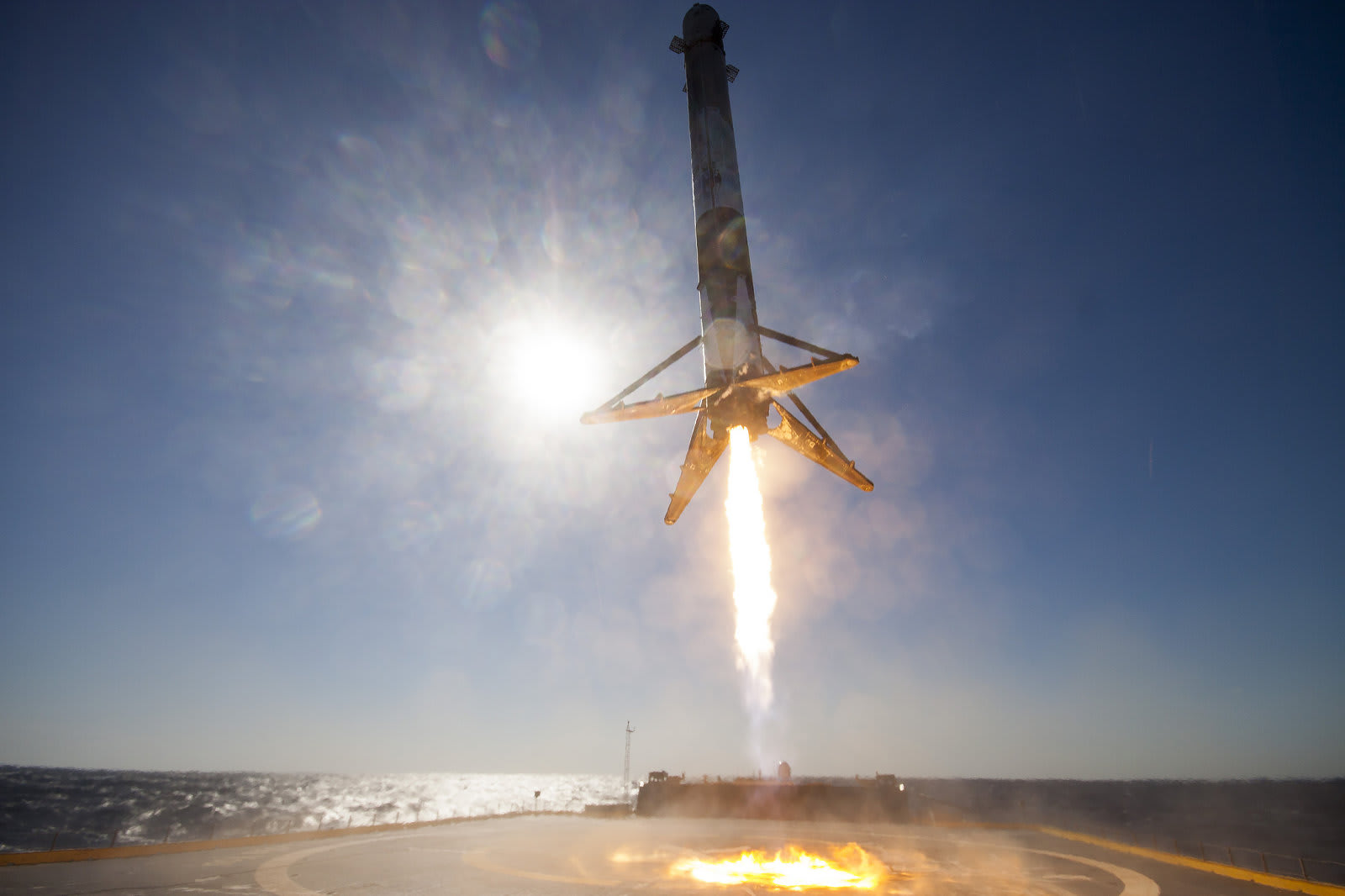 We might be days away from witnessing SpaceX make history. The private space corporation has conducted a static test fire (yet again) of the first rocket it landed on an ocean platform. SpaceX wants to make sure it's in tip-top shape for lift off, because it has finally decided on a date after almost a year of putting it off: March 30th. Jeff Bezos' Blue Origin already sent a used rocket back to space in early 2016. But if the launch on Thursday is successful, it'll be the first orbital mission ever to fly with a used rocket.

SpaceX has a lot riding on the mission, seeing as it'll prove that its Falcon 9 rockets truly are reusable. It's been working on the technology for quite some, as it will save NASA and companies sending payloads to space a lot of money. The first company to take a chance on SpaceX's booster is Luxembourg-based communications satellite owner SES S.A. In fact, Thursday's launch will ferry an SES-10 satellite into geostationary orbit to deliver direct-to-home broadcasting, broadband and mobile services in Mexico, the Caribbean, Central America and South America.

We'll let you know more about the launch once we hear more, but as always, it could be delayed due to weather issues and other factors. For now, check out NASA Spaceflight if you want to read up on the test fire's technical details.

Via: SpaceX
Source: SpaceX (Twitter)
In this article: crs-8, falcon9, rocket, science, spacex
All products recommended by Engadget are selected by our editorial team, independent of our parent company. Some of our stories include affiliate links. If you buy something through one of these links, we may earn an affiliate commission.