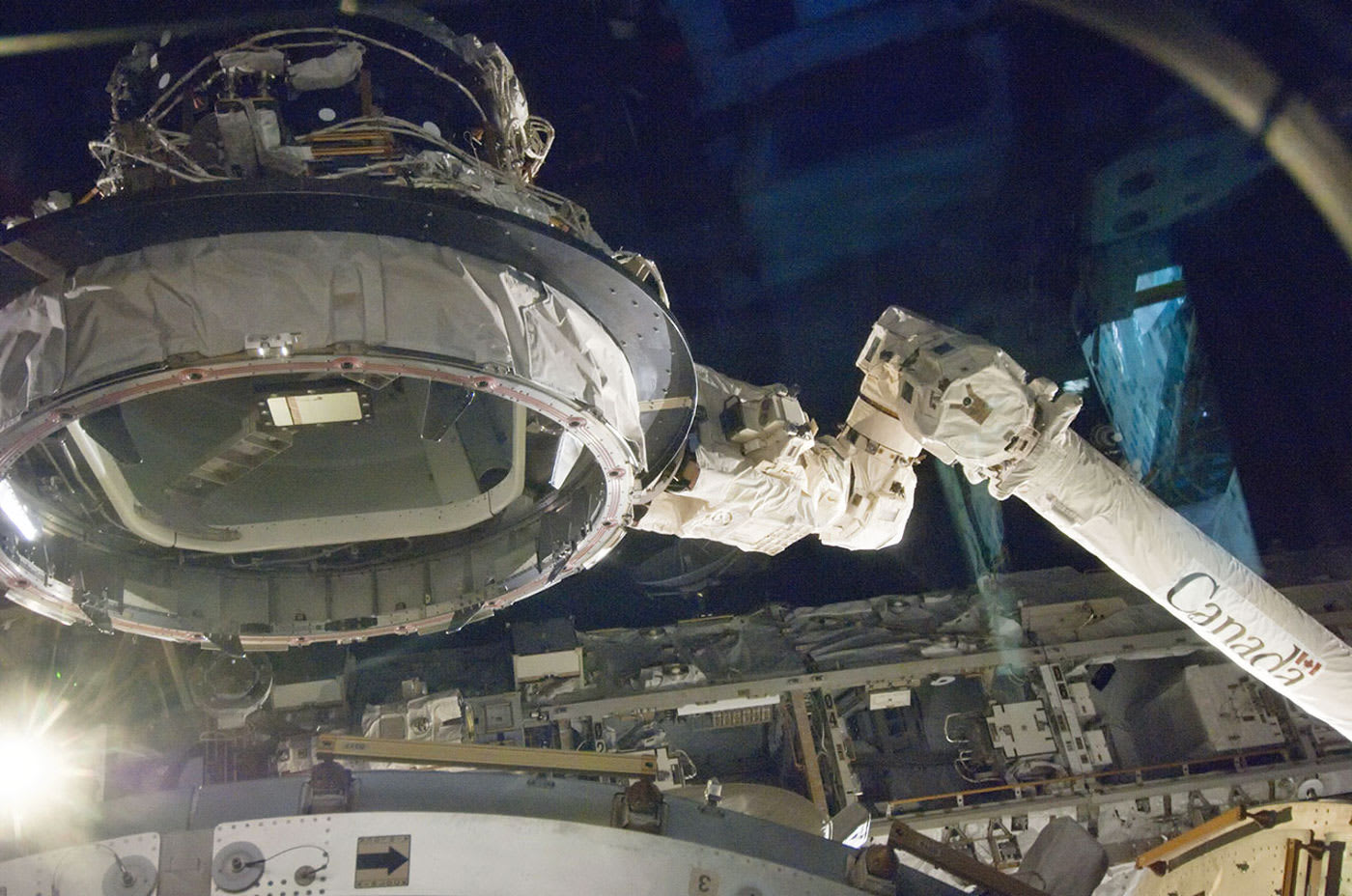 NASA has begun preparing the ISS' second space taxi dock for Boeing's CST-100 Starliner and SpaceX's Crew Dragon. Flight controllers at NASA Johnson Space Center have taken control of the station's robotic arm, the Canadarm 2, to relocate one of its Space Shuttle-era docking modules. To prepare for the move on March 26th, two crew members conducted a spacewalk to detach the power and data cables connecting the module to its old location. Now, it's placed right next to the first dock astronauts installed last year.

The 2,600-pound module called Pressurized Mating Adapter 3 (PMA-3) was flown to the ISS on October 2000. While it worked on its own for NASA's space shuttles, the agency has to install an adapter on top of it for the companies' space taxis that use a more modern docking system. It employs low-impact technology and can be used for both piloted and autonomous dockings.

On March 30th, ISS crew members will conduct another spacewalk to connect PMA-3 to its new power and data cables. They will then install a docking adapter on the module like crew members did for the first one when it arrives aboard SpaceX's CRS-16 flight. ISS' operations integration manager Kenny Todd said they'll "be ready to install a docking adapter [on PMA-3] at the end of the year [or] first of next year time frame that will provide that second docking port that we're going to desire when we start seeing commercial crew coming to station."

Source: CollectSpace
Coverage: Spaceflight Insider
In this article: iss, nasa, science, space, spacetaxi, spacetaxidock
All products recommended by Engadget are selected by our editorial team, independent of our parent company. Some of our stories include affiliate links. If you buy something through one of these links, we may earn an affiliate commission.