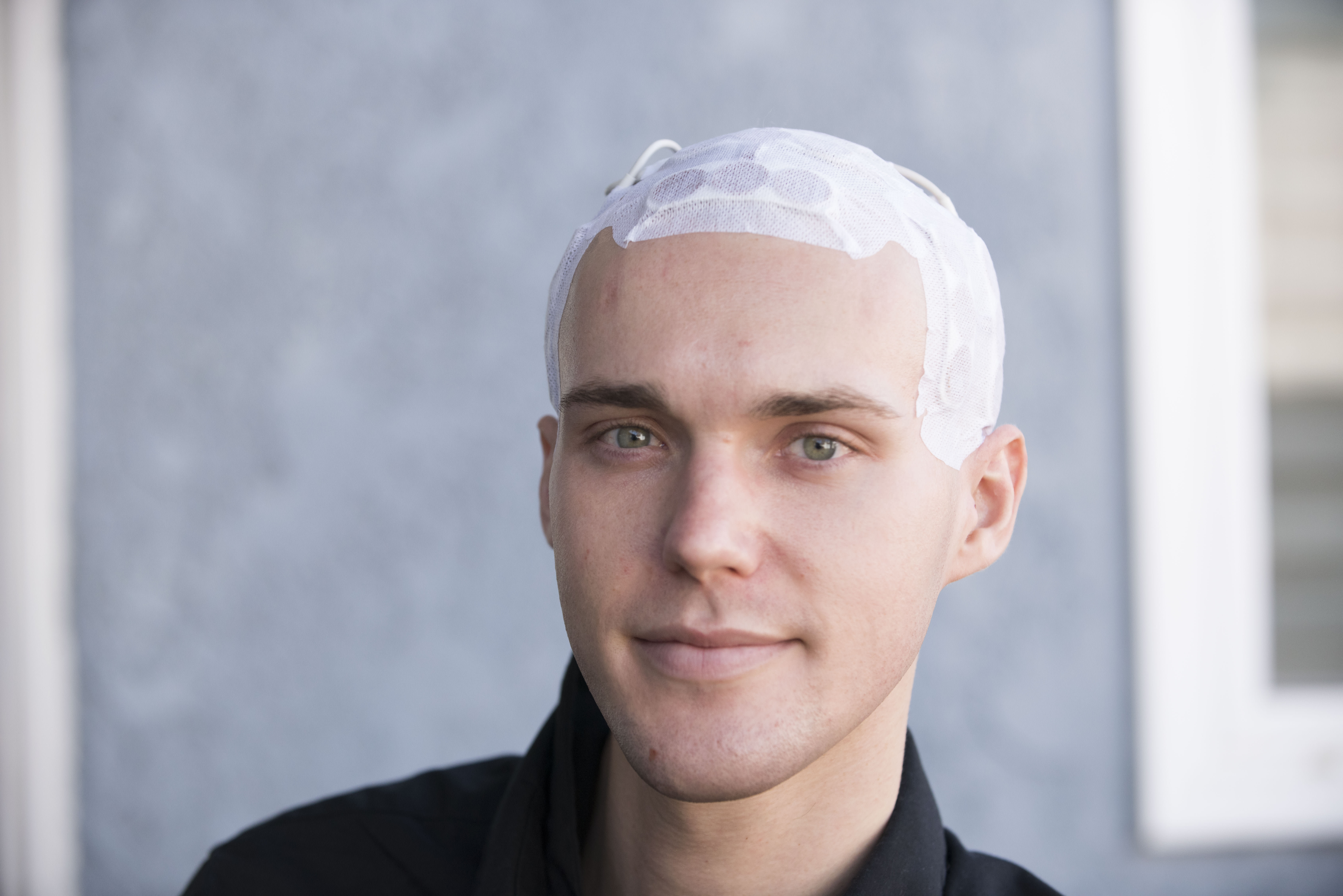 A skull cap that shocks tumors with low-intensity electric fields is helping people battle brain cancer. When combined with the oral chemotherapy drug temozolomide, it significantly improved survival rates in patients, according to a clinical trial presented at an annual meeting of the American Association for Cancer Research on Sunday.

The Optune medical device works by continuously delivering alternating electric fields to the brain. Researchers believe this has an anticancer effect because it blocks cell division. During the clinical trial, patients diagnosed with an aggressive cancer called glioblastoma were randomly assigned the Optune device and chemotherapy treatment, while others received chemo only. Those who used the cap had a median overall survival of 21 months, compared to 16 months for those who didn't. The two-, three-, four-, and five-year survival rates for patients significantly improved as well: 43 percent versus 31 percent; 26 percent versus 16 percent; 20 percent versus 8 percent; and 13 percent versus 5 percent.

Dr. Roger Stupp, professor of Neurological Surgery at Northwestern University, is excited by the study's findings. It's been more than 10 years since any form of treatment was shown to improve survival for people with glioblastoma, he said. "When I started treating patients with GBM 20 years ago, the majority of patients died within less than one year and long-term survival was nearly absent," he said in a press release. "Now, we see a meaningful improvement in survival at two years and beyond. With the combination of Optune and temozolomide, one out of seven patients is living longer than five years."

As promising as the device may be though, it has a downside -- it costs roughly $700 per day, the Associated Press reports. While most US insurers will cover it, Medicare won't. But, oncology company Novocure, which funded the clinical trial, said it'll pay for the treatment if need be. "We've never refused a patient regardless of insurance status," Novocure Executive Chairman Bill Doyle told the AP.

Via: Ars Technica
Source: American Association for Cancer Research
In this article: BrainCancer, medicine, Novocure, Optune, science
All products recommended by Engadget are selected by our editorial team, independent of our parent company. Some of our stories include affiliate links. If you buy something through one of these links, we may earn an affiliate commission.