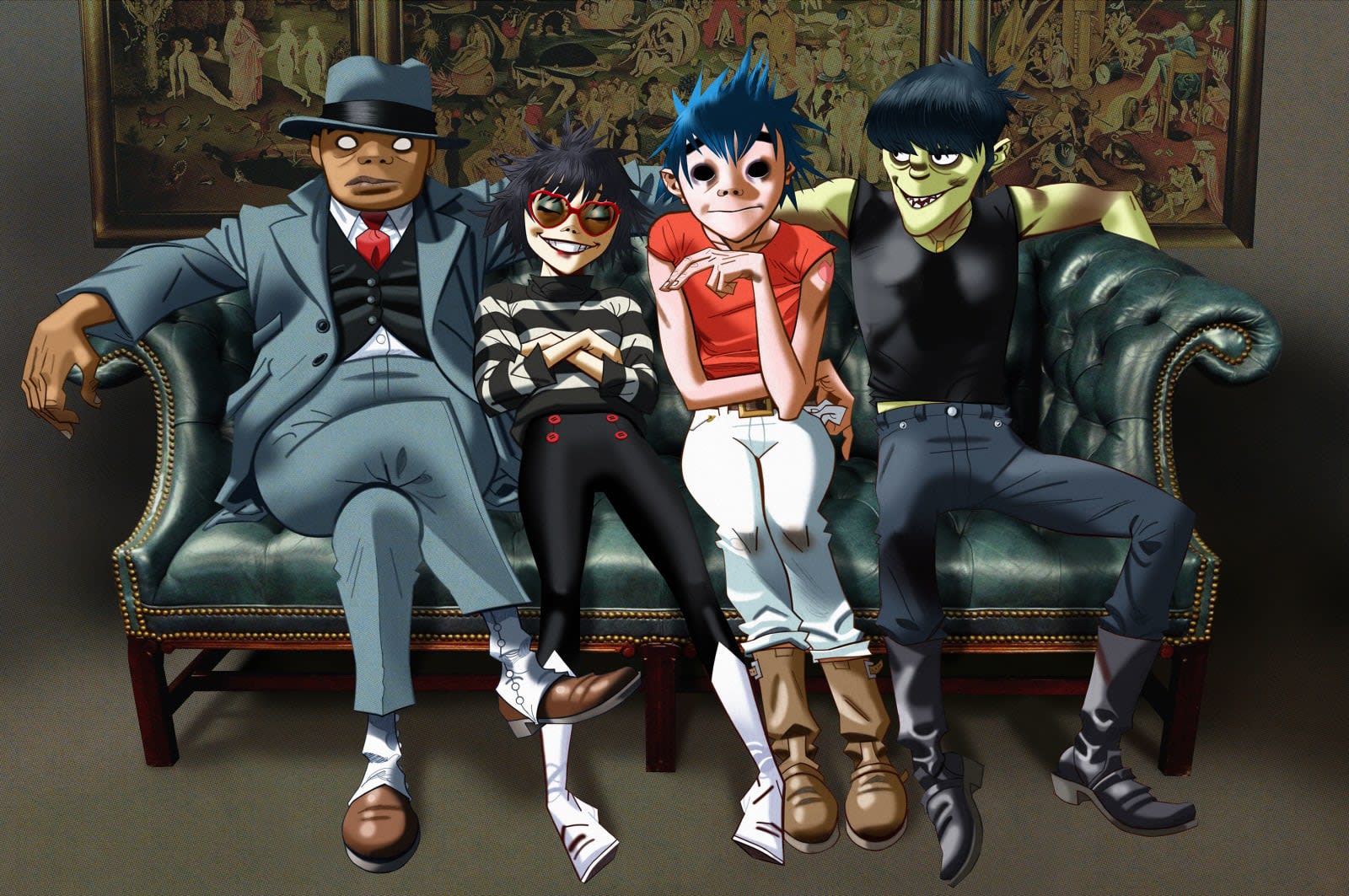 Your favorite virtual band Gorillaz has a new album called Humanz on the way (as well as a TV show, it seems), and the record has had an active promotional campaign so far. The group has shared a series of social media "books" that detail what the band members have been up to the past few years, they've shared some new songs, and now, they've just released a mixed reality app.

The Gorillaz app, available now on Android and iOS, allows fans to explore Gorillaz's house thanks to a combination of virtual reality, augmented reality, and 360-degree video technology. Users can interact with virtual band members 2D, Murdoc, Noodle and Russel in a narrative environment that will receive updates over time, so the story will gradually evolve.

It's compatible with Google Cardboard, so headset users can take advantage of their phone's accelerometer and gyroscope to fully immerse themselves in the Gorillaz house. The app also serves as a ticket to The Humanz House Party, a virtual listening event for the new album that will take place around the record's April 28th release.

Gorillaz is always pushing creative boundaries, so this isn't their first time dealing with 360-degree technology. They released an immersive music video for "Saturnz Barz (Spirit House)" back in March, and in general, it seems like they're always a step ahead of everybody else. We wouldn't put it past Gorillaz, the first virtual band, to continue embracing VR after the album arrives.

Source: Gorillaz/YouTube
In this article: 360degreevideo, android, app, apps, AugmentedReality, av, entertainment, googlecardboard, gorillaz, ios, MixedReality, mobile, VirtualReality
All products recommended by Engadget are selected by our editorial team, independent of our parent company. Some of our stories include affiliate links. If you buy something through one of these links, we may earn an affiliate commission.