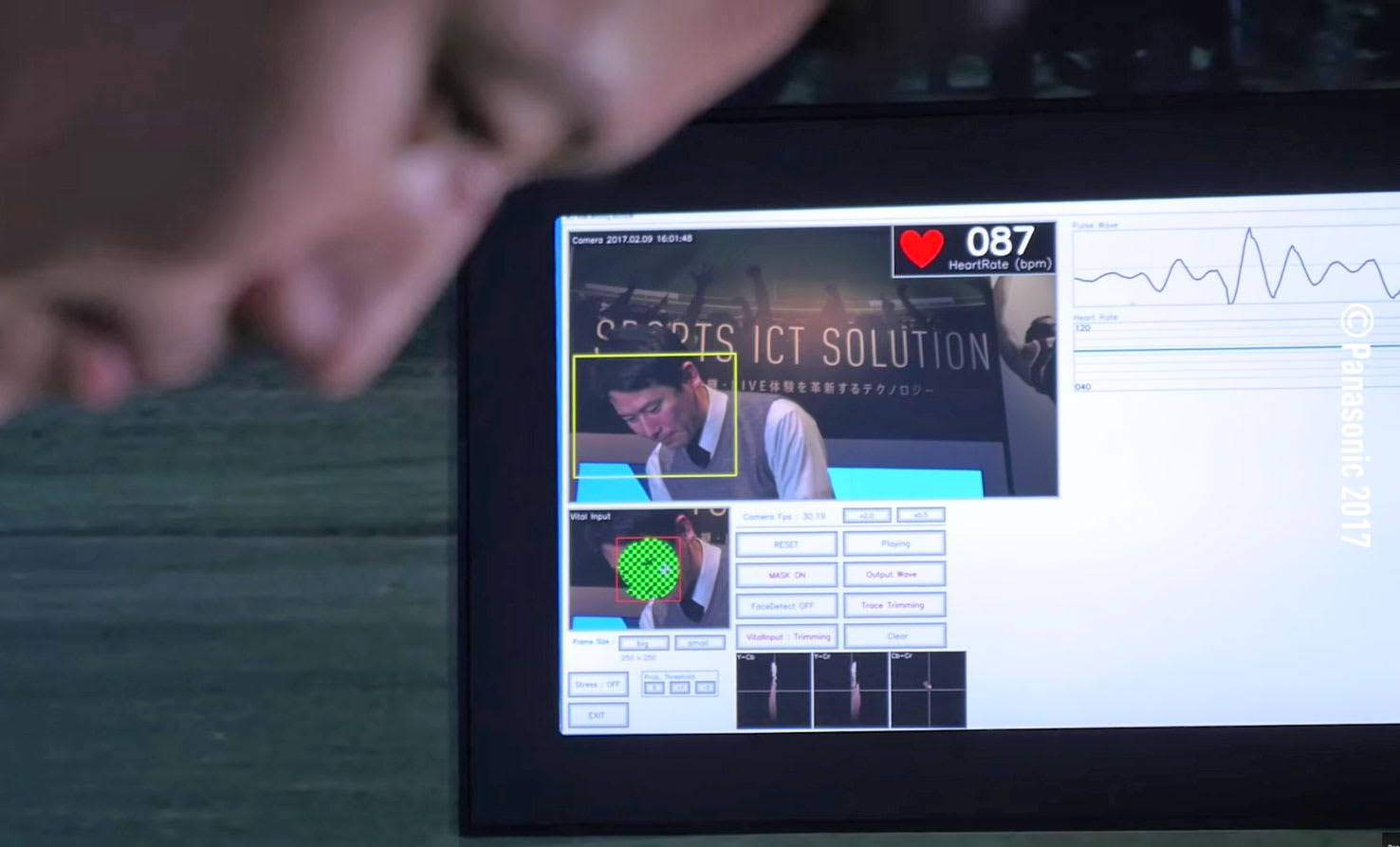 Being a sports professional means keeping calm in high-pressure situations, or at least pretending you are when actually freaking out. Spectators are typically none the wiser, but Panasonic will be giving viewers some additional insight into the mind of golfers competing at the Panasonic Open Golf Championship 2017, which tees off in Japan later this month. Coverage of the tournament, which is being broadcast on Japanese TV and online, will show the heart rate of golfers on-screen, so you can watch the nerves kick in as someone steps up to attempt a clutch, chip-in birdie. It's intended to add a bit more drama to the otherwise slow proceedings, but just as interesting is how Panasonic plans on making this happen, using what the company calls "contactless vital sensing" by way of a special camera.

Including heart rate measurements in sports broadcasts isn't entirely new. Televised basketball, volleyball and rugby events, for example, have previously used this kind of data to make for more engaging viewing; but the vitals of players and coaches have always been measured by wearable devices of some form or another. At the upcoming golf tournament, though, Panasonic will instead use a kind of camera that estimates heart rate based on "the subtle color change on the player's face caused by vascular constriction."

If your immediate reaction is to be skeptical about the accuracy of such a measurement, we're right there with you. But Panasonic isn't messing around. The sensor technology was developed in collaboration with Kyoto University, and uses "millimeter-wave spread-spectrum radar" to track the minor changes in skin coloration. There's even been a proper study done comparing the estimates of the sensor tech to readings from a traditional body-worn ECG monitor, with results confirming a "very strong correlation" between the two measurements. In other words, what you'll be seeing on the broadcast will be a pretty reliable indicator of a pro golfer's stress level as they compose themselves for a must-sink putt.

Source: Panasonic (1), (2), (3)
In this article: av, biometric, cameras, contactlessvitalsensing, entertainment, gear, golf, HeartRate, HeartRateMonitor, KyotoUniversity, panasonic, PanasonicOpenGolfChampionship, sports
All products recommended by Engadget are selected by our editorial team, independent of our parent company. Some of our stories include affiliate links. If you buy something through one of these links, we may earn an affiliate commission.