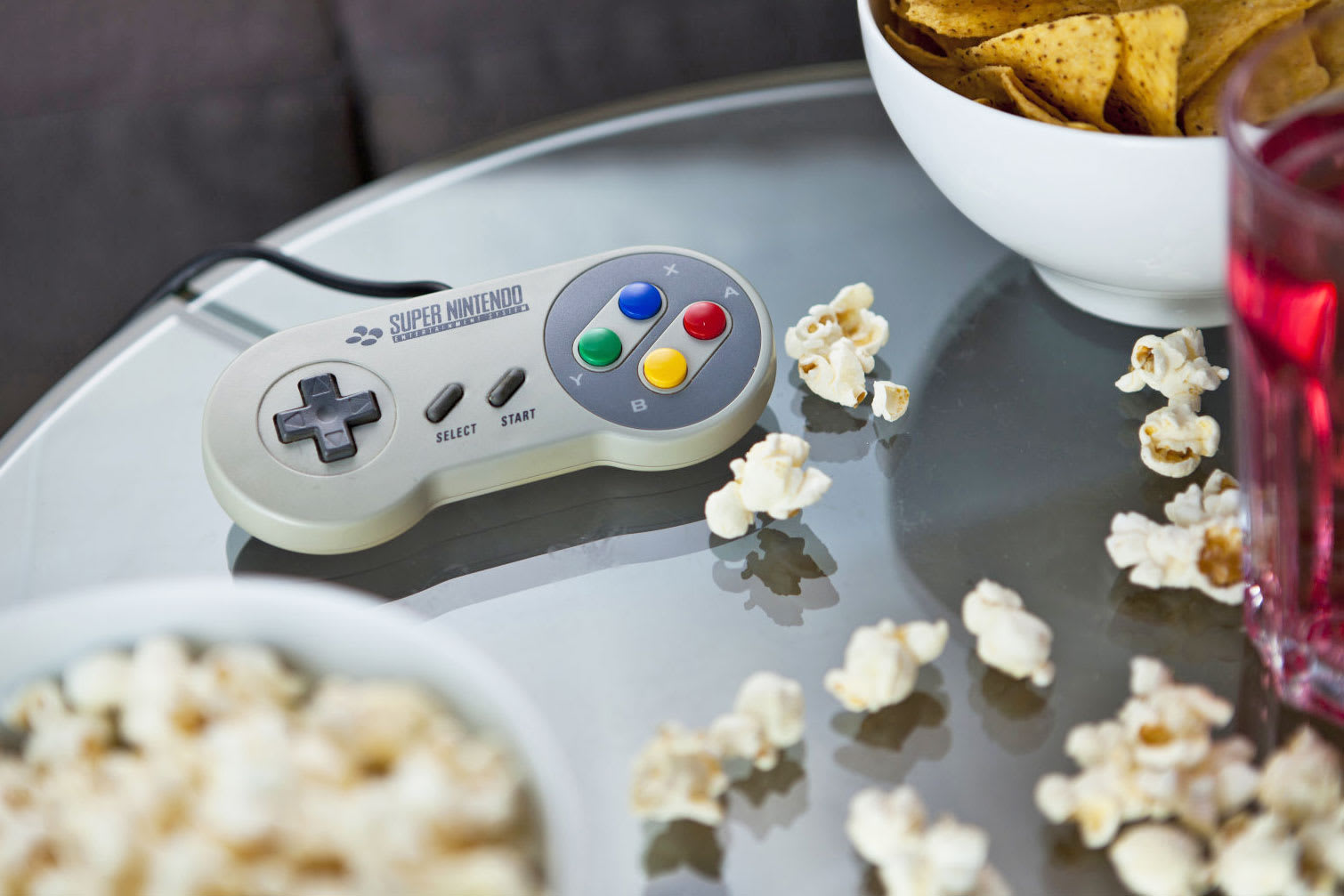 Nintendo's decision to retire the NES Classic left many fans disgruntled. The system, a reimagined version of the iconic 80s console, was a hit last Christmas -- for those that could find one, that is. Stock problems meant it was notoriously difficult to acquire, and rather than solve these supply issues, Nintendo simply killed the product completely. While frustrating, there could be a silver lining: Eurogamer reports that a SNES Mini is in the works. Citing anonymous sources, it says the new hardware is scheduled to launch this holiday season, and that development is already underway.

For now, file this story under 'rumorville.' Eurogamer has a solid track record when it comes to Nintendo scoops, however. It successfully nailed the Nintendo Switch concept last summer, calling it a "portable, handheld console with detachable controllers." A SNES Mini would make sense too given the overwhelming popularity of the NES Classic. The nostalgia for the old system, combined with a comprehensive library, made the Classic a tempting, borderline impulse purchase last winter. The SNES is an equally iconic console, with games such as Super Mario World, Chrono Trigger, Super Metroid and The Legend of Zelda: A Link to the Past. A new version preloaded with the best titles would be a sure-fire hit for Christmas.

The bulk of Nintendo's business, of course, now rests on the Nintendo Switch, and ensuring it has a steady stream of high quality games. Super Mario Odyssey is due this holiday, but should that game slip into 2018, the SNES Mini could be a handy fall-back for Nintendo. It begs the question though: If you could guarantee one game for the system, what would it be?

Source: Eurogamer
In this article: eurogamer, gadgetry, gadgets, gaming, nesclassic, nintendo, retrogaming, snes, snesmini, SuperNintendoEntertainmentSystem
All products recommended by Engadget are selected by our editorial team, independent of our parent company. Some of our stories include affiliate links. If you buy something through one of these links, we may earn an affiliate commission.