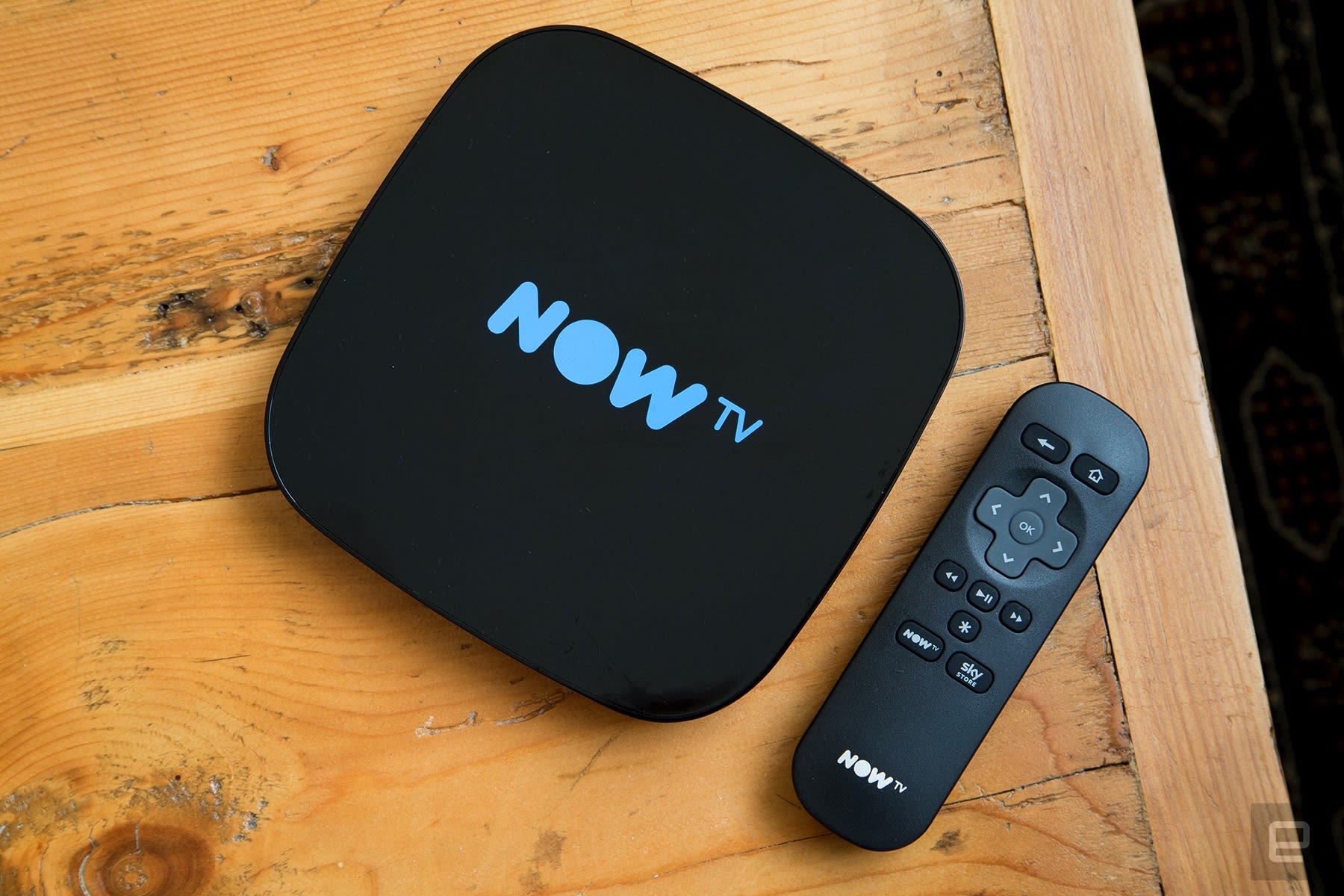 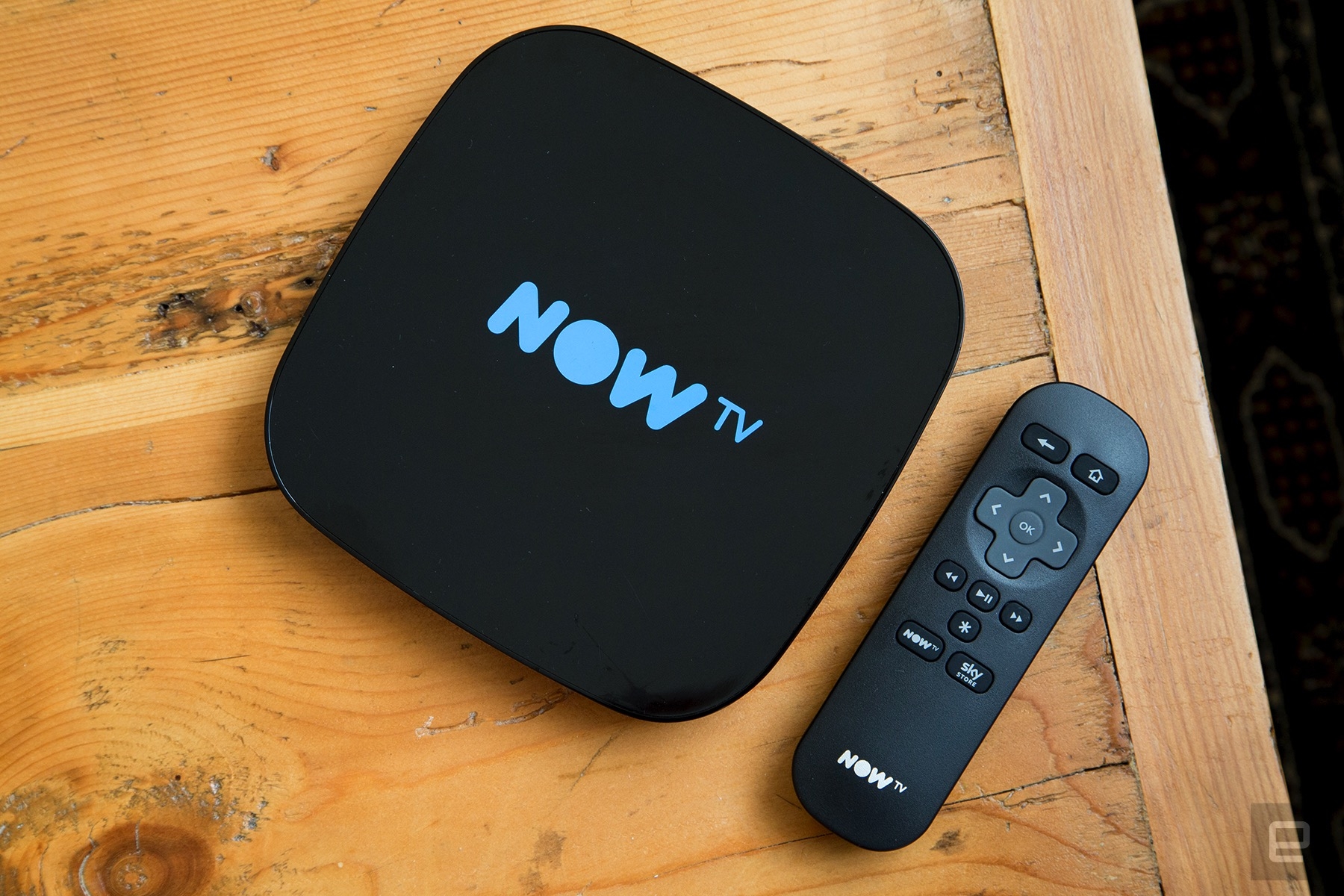 Going head-to head with rivals Netflix and Amazon Prime Video, Now TV is Sky's contract-free subscription streaming service. You can pick up a Sky Cinema Month Pass for £10 a month, granting access to over 1,000 films and a new premiere every day. Here's our pick of the best movies on the service right now.

Astronaut Mark Watney (Matt Damon) is stranded on Mars after his crew assumes him dead, leaving him to survive using his wit and ingenuity in the hope that he might be rescued. NASA was heavily involved in the making of this comic survival thriller to make it as realistic as possible. 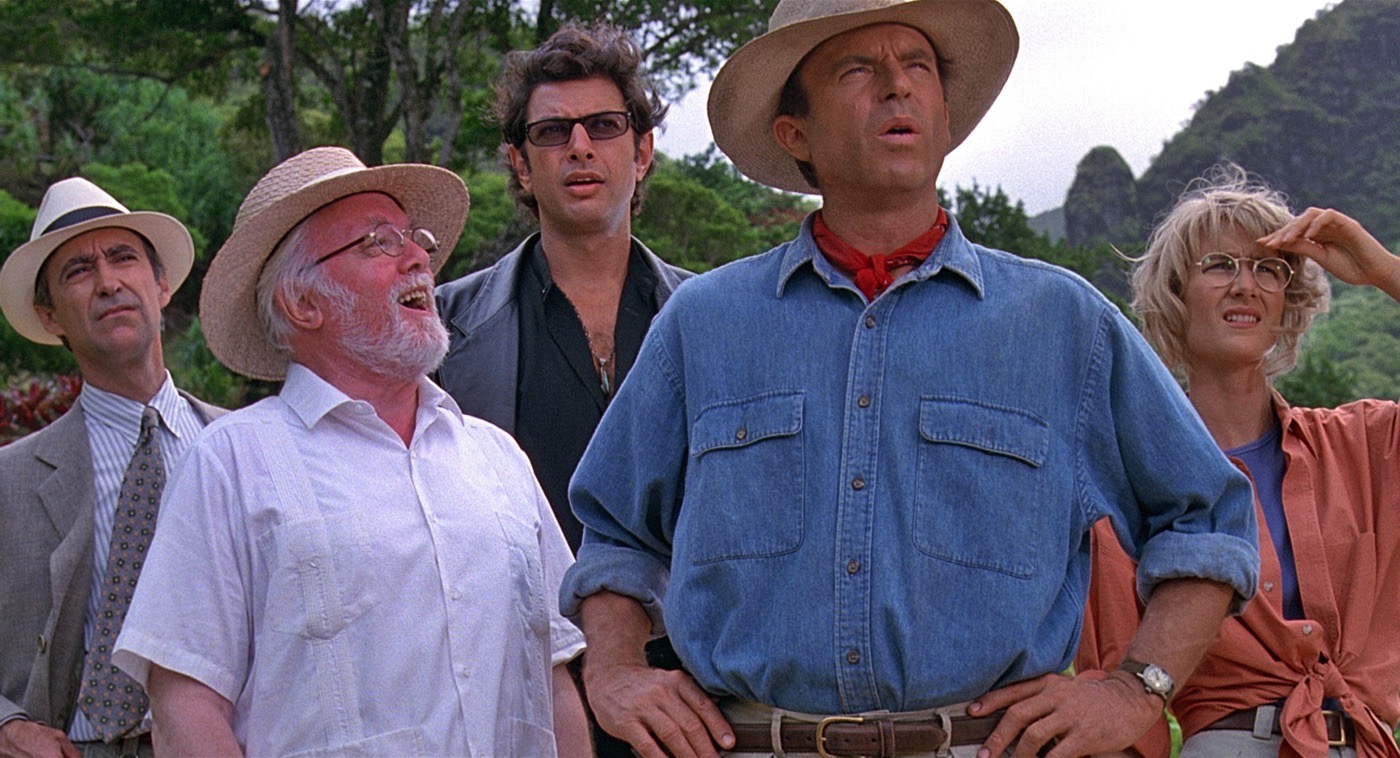 What could possibly go wrong with a theme park packed with cloned dinosaurs? Lots, obviously. This 1993 Spielberg yarn about bioengineering gone awry is pretty much a perfect film from the groundbreaking CGI dinos and snappy script to John Williams' majestic score.

A remake of the original 1932 film about Italian-American Chicago mobsters, Brian De Palma's 1983 classic updates the action to 1980s Miami. Al Pacino stars in a career-defining role as Cuban crime lord Tony Montana, best known for being nose-deep in a pile of Peruvian marching powder while shouting "say hello to my little friend!". 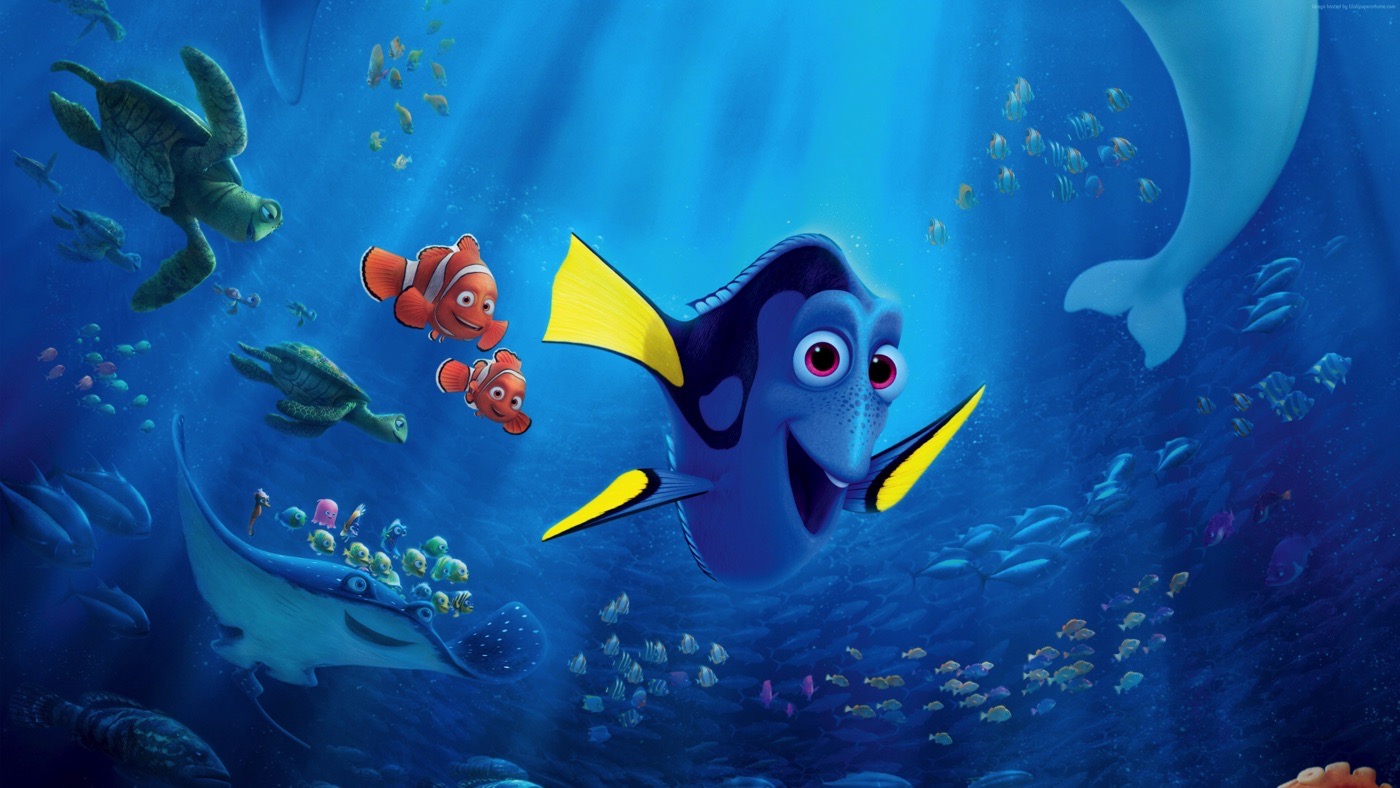 This Finding Nemo sequel is even better than the original and sees the adorably forgetful blue fish searching for her long-lost parents. Idris Elba and Dominic West (The Wire's Stringer Bell and Jimmy McNulty) are on top form in cameos as a pair of lazy sea lions, deserving of their own spin-off movie.

The very first film in the UK to be given the 12 certificate, to plug the gap between PG and 15, Tim Burton's gloriously dark Batman sees Michael Keaton donning the caped crusader's mask while Jack Nicholson's murderously insane Joker wreaks havoc on the comic book metropolis of Gotham City.

This cross-dressing comedy classic from 1959 was well ahead of its time and sees Tony Curtis and Jack Lemmon as two musicians who witness a mob hit and flee in fear of their safety, disguised as women in an all-female band alongside singer and ukulele player Sugar Kane (Marilyn Monroe).

For some reason, only three of the five 'Dirty' Harry Callhan movies are currently available, including this one. The original movie sees Clint Eastwood as the maverick San Francisco detective with the big revolver and a stack of pithy one-liners on the trail of the psychopathic 'Scorpio' serial killer.

Marlon Brando stars as New York mafia Don Vito Corleone who sets about transferring his power to his son. Needless to say, the transition does not go smoothly. Packed with powerhouse performances and fascinating glimpses into the inner workings of the Cosa Nostra, this is one of the best films ever made.

After the heartbreakingly poor prequels, The Force Awakens swooped in to remind everyone just how fun Star Wars used to be. Gone are the tedious plot lines about trade federations and midi-chlorians, replaced by a familiar tale about the evil First Order (the baddies) building a space station/super-weapon to wipe out the New Republic (the goodies).

This superb thriller focuses on the real-life search for the Zodiac serial killer who terrorised San Francisco in the '60s and '70s, taunting police with cryptic letters (and also served as the inspiration for Dirty Harry's Scorpio killer). Despite the in-depth investigations by police and journalists, the case remains unsolved.

Alfred Hitchcock's terrifying 1960 horror sees secretary Marion Crane (Janet Leigh) going on the run after stealing from her employer, ending up at a seedy motel owned by Norman Bates and his er, mother. An absolute triumph from the 'Master of Suspense', Psycho features some of the most shocking scenes in cinematic history.

The sequels are best left alone, but the original Matrix is a classic. Keanu Reeves stars as computer hacker Neo who learns that we're all part of a massive computer simulation created by sentient machines. With its truly groundbreaking 'bullet time' special effects, incredible fight choreography and thought-provoking premise, this remains a must-watch.

During the Invasion of Normandy in World War II, a group of American soldiers are sent on a mercy mission to retrieve a fellow soldier whose three brothers have been killed in action. Steven Spielberg's incredible war drama is probably the most gruesomely realistic portrayal of the bloody conflict ever captured on film.

Back to the Future

Michael J. Fox stars as teenager Marty McFly, who's sent back in time to 1955 thanks to eccentric scientist Doc Brown and his time-travelling DeLorean. Marty bumps into his teenaged parents, changing the course of history, which he must put right to ensure his own future existence. In the incredibly unlikely event that you've never seen it, you're in for one hell of a treat.

Following a run of incredibly poor horror films in recent years, this low-budget supernatural thriller is a welcome change. Set in 17th century New England, it tells the story of a puritanical family banished from their local community to a remote spot near the woods. What follows is a chilling tale of witchcraft and paranoia as the family slowly turns on each other.

Written by the unsurpassable Nora Ephron, this whipsmart comedy stars Meg Ryan and Billy Crystal as a pair of platonic pals who grapple with the question of whether a man and a woman can really be close friends without romance getting in the way. Unlike the vast majority of romantic comedies, this is an unmissable classic.

Like Mary Poppins, this Disney gem mixes live action with animation but unlike the tale of the do-gooding nanny, it stars Angela Lansbury as a witch in search of a spell that will help to scupper a Nazi invasion on British shores. Packed with excellent songs, football-playing cartoon animals and an anthropomorphic army of bewitched armour, it kicks Mary Poppins' butt.

The Silence of the Lambs

Anthony Hopkins is unflinchingly sinister as intellectual cannibal Dr Hannibal Lecter in this gripping horror. Jodie Foster plays the rookie FBI agent tasked with obtaining Lecter's help in a race against time to save the latest victim of the equally terrifying serial killer Buffalo Bill. Gruesome, but brilliant.

It's entirely possible you've never seen the sequel to Grease but it's really worth making a return trip to Rydell High. This time, the roles have been reversed and it's a nerdy boy who reinvents himself as a motorcycle god to win the heart of cool girl Stephanie (played by Michelle Pfeiffer in a role she'd probably rather forget). So bad it's actually brilliant.

Roman Polanski's perfectly crafted horror stars sees Rosemary (Mia Farrow) and her husband (John Cassavetes) as a young couple who move into a beautiful Manhattan apartment block. Once pregnant, Rosemary becomes increasingly paranoid that their elderly neighbours may have devilish plans for her unborn child.

In this article: av, entertainment, movies, nowtv, sky, streaming
All products recommended by Engadget are selected by our editorial team, independent of our parent company. Some of our stories include affiliate links. If you buy something through one of these links, we may earn an affiliate commission.