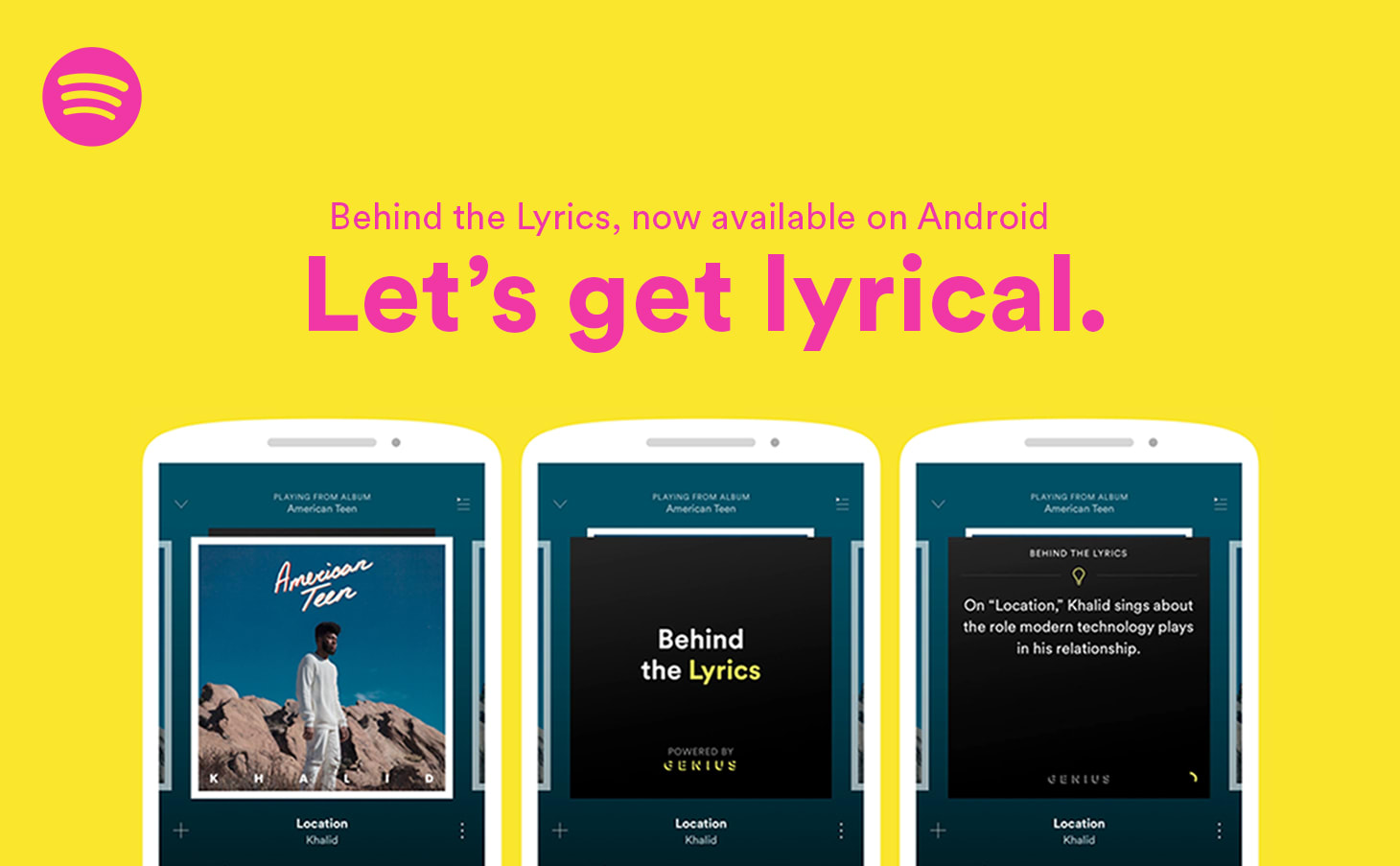 Over a year ago, Spotify rolled out a slick new Behind the Lyrics integration on iOS that connected the song you were currently listening to with annotated lyrics from Genius. Like a cross between VH1's Pop Up Video and a karaoke machine, Behind the Lyrics draws on Genius's extensive database of music trivia to give you a bit of the track's backstory. Unfortunately, it took Spotify a solid 18 months to bring those features to everyone on Android.

According to an announcement from Spotify, Behind the Lyrics has "just landed" on Android. If you, devoted Android user, feel like you've been left out of the music trivia party, Spotify suggests the best way to check out the feature is to jump into their curated Behind the Lyrics: Hip Hop and Today's Top Hits playlists, which include artists' notes, fun facts and other lyrical excerpts. They're also doing a promo around the release of R&B star Khalid's latest album American Teen.

"You listen to a record, and you interpret it your own way," the 19-year-old Khalid said. "But with this, you can see what the artist felt. 'You know what? Maybe it doesn't mean what I thought. Maybe it means this.' But at the same time, music is universal. Music can mean anything you want."

Source: In this article: android, av, behindthelyrics, entertainment, internet, services, spotify
All products recommended by Engadget are selected by our editorial team, independent of our parent company. Some of our stories include affiliate links. If you buy something through one of these links, we may earn an affiliate commission.