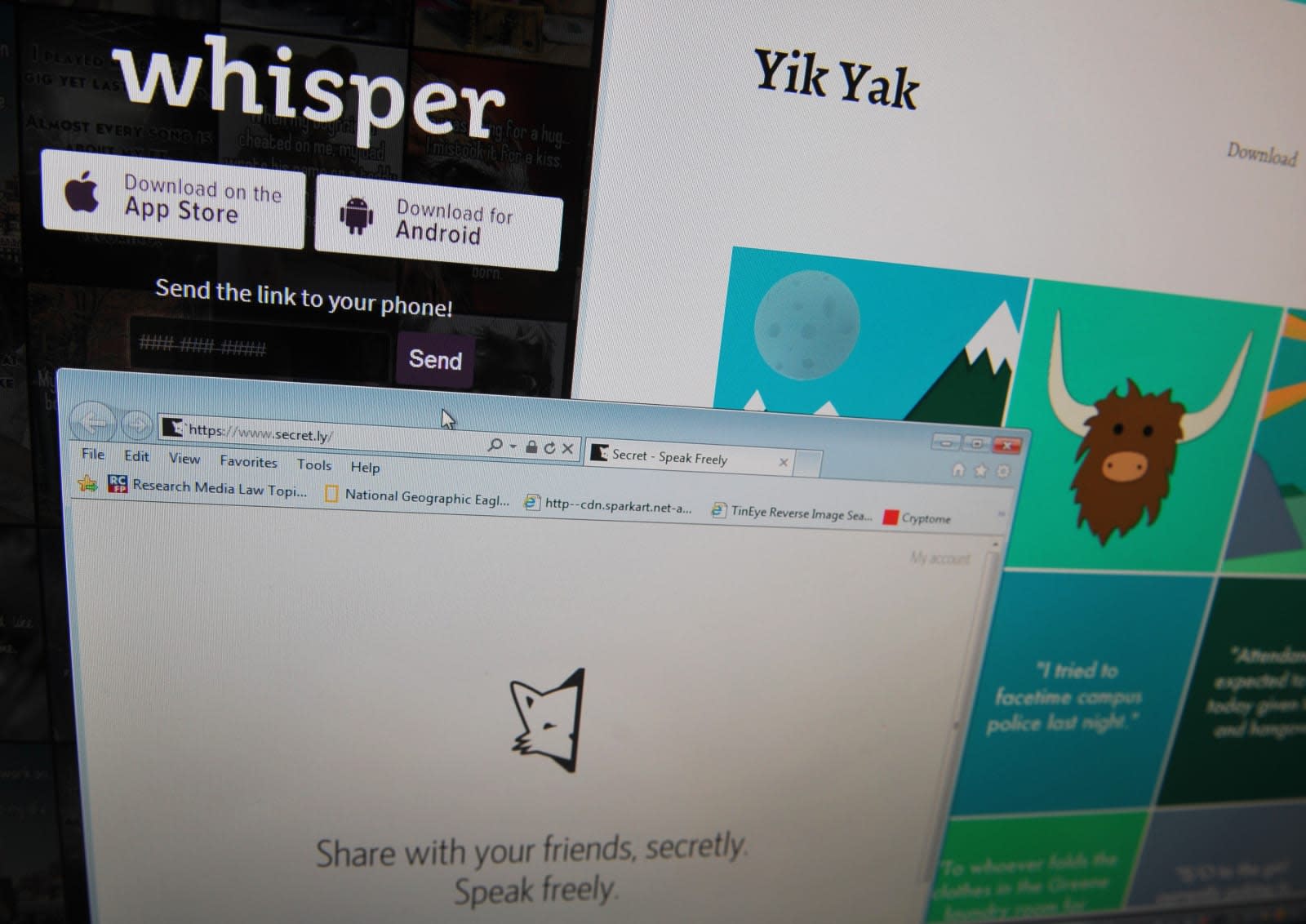 Just four years after it started, Yik Yak is shutting down. In the past couple of years, issues like bullying have taken a toll on the allure of the anonymous internet, while this app had its own issues with threats and harassment. In a blog post, the Yik Yak team didn't explain their reasons for shutting down, but did confirm earlier reports that a "few members" will join Square. In 2015 we recounted the rise and fall of Secret, however others like Whisper and Confide are still going. Business Insider reports that it raised more than $73 million in venture capital, but struggled to keep its users as students migrated to other apps like Snapchat.

Via: Business Insider
Source: Yik Yak
In this article: acquihire, anonymous, business, gear, messaging, Square, YikYak
All products recommended by Engadget are selected by our editorial team, independent of our parent company. Some of our stories include affiliate links. If you buy something through one of these links, we may earn an affiliate commission.