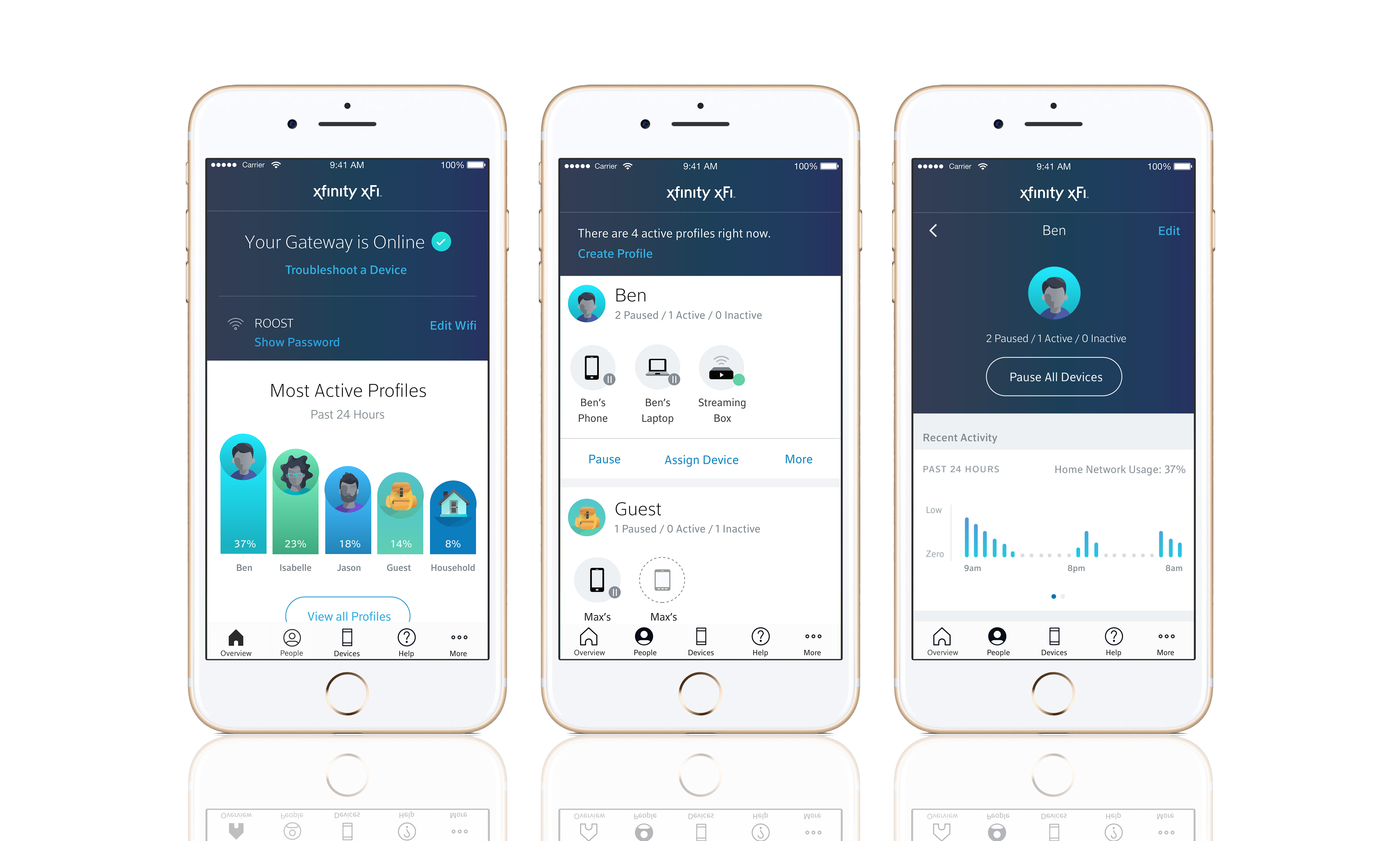 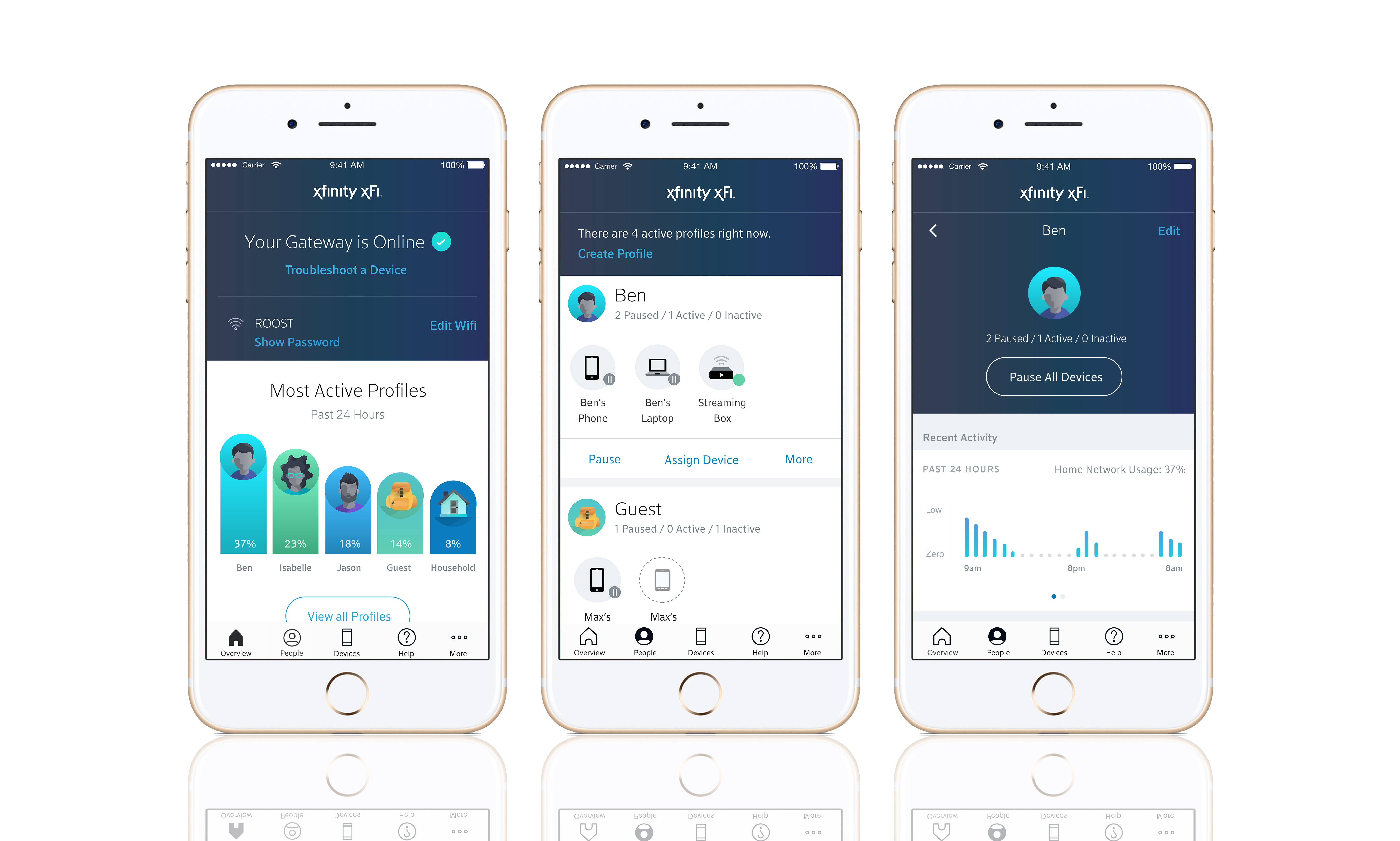 There are plenty of great routers on the market, but most of them have simply horrible interfaces for setting up and configuring your WiFI network. Companies like Google and Apple have built smartphone apps that make managing WiFi much easier, but it's still not a commonplace experience. Comcast, of all companies, is looking to change that. Today, it's launching a new app for Xfinity internet customers called xFi, and judging from the demo we saw, it'll make it much easier for the average user to control their WiFI network.

The xFi app for iOS and Android works with the internet "gateway" boxes that Xfinity customers can rent. They work as both a cable modem and wireless router; while we'd probably recommend buying your own gear rather than leasing from your service provider, the truth is that millions of people just go with what Xfinity offers. Comcast's chief product officer Chris Satchell said that about 10 million customers have the company's standard gateway, and more will be getting the xFi Advanced Gateway the company announced at CES -- it supports the Gigabit speeds that Xfinity is rolling out.

Similar to the Google WiFi app, xFi uses simple visuals to walk you through setting up your router -- it gives you suggestions for where to place it and which cables to hook up. Once that's set, the app makes you give the new WiFi network a name and password, perhaps one of the best features. If you've ever spent any time at your parent's house trying to update their router's name or password, this should hopefully help.

Once set up, the xFi app lets you set up "profiles" for each member of your household and assign the different devices you connect to the network to each profile. That comes in handy if you're managing a network with kids on it and want to set up parental controls. Once you assign devices to profiles, you can pause internet to an entire profile all at once -- so if you don't want your kids online after 10PM, for example, you can shut down all associated devices at once. 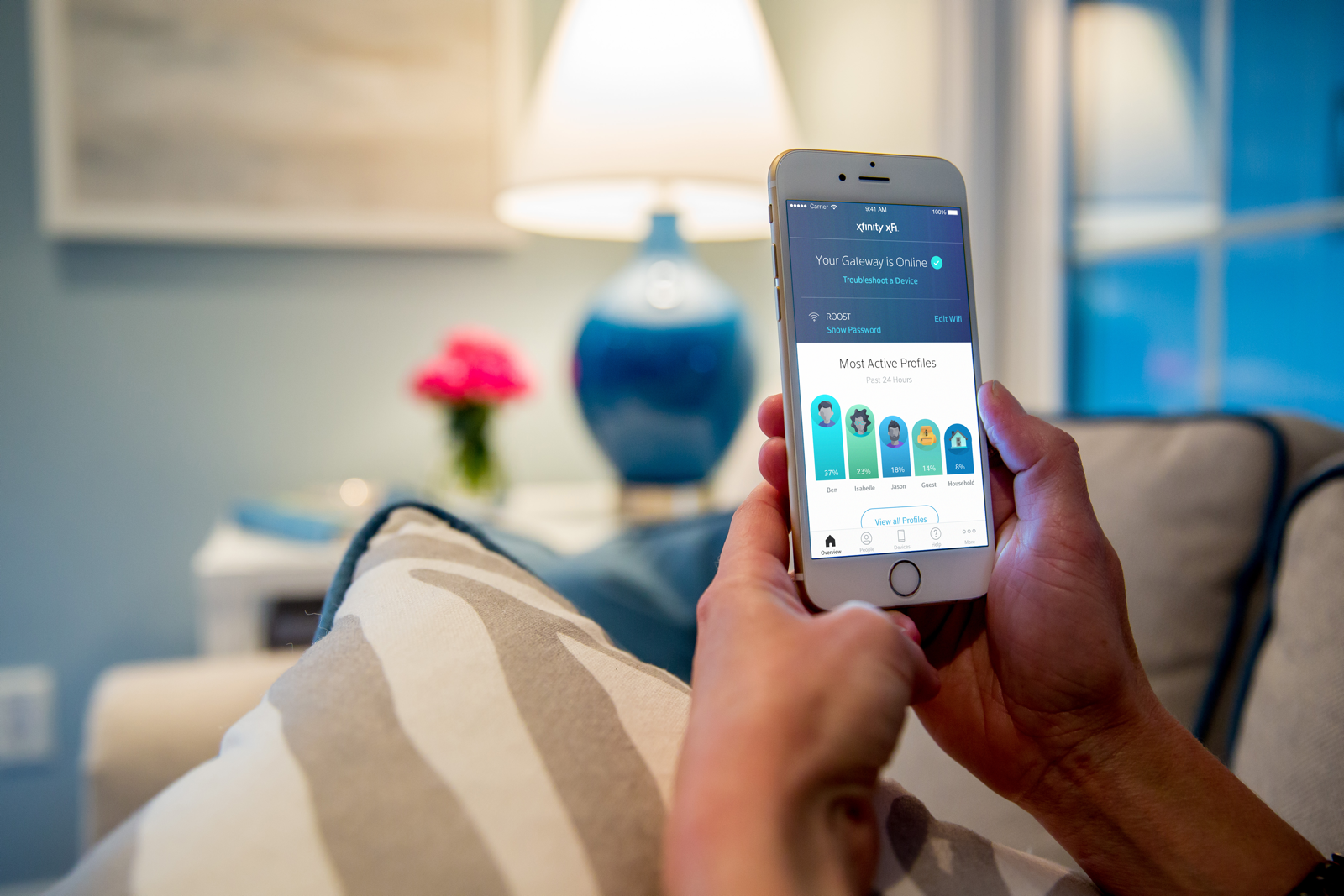 The app is smart enough to classify devices as they're added -- so it can differentiate between a set-top streaming box and a laptop. It also shows you how much bandwidth each profile uses and exactly how much data is being used at various hours of the day. The xFi control panel is also available through the web as well as any TV using Xfinity's X1 cable box.

Comcast is also announcing a partnership with Plume, a company making dead-simple mesh WiFi adapters. The tiny Plume devices plug into a wall socket and extend your WiFi network into rooms that have bad coverage; Comcast says it is working with Plume to make its products work seamlessly with Xfinity hardware and the new xFi setup app, but the fruits of that collaboration won't be available until later this year.

If you're a Comcast customer and want to use the xFi app to manage your network, that's all available today. Millions of customers will be able to use the app with the gateway they rent -- but if your hardware isn't compatible with the new app, Comcast says that it'll upgrade your hardware for free. Like we said earlier, you're probably better off with your own cable modem and router. But, if your parents happen to be using Comcast's own hardware, this might make it easier for you to manage their network.

In this article: comcast, gear, internet, wifi, wifisetup, xfi, xfinity
All products recommended by Engadget are selected by our editorial team, independent of our parent company. Some of our stories include affiliate links. If you buy something through one of these links, we may earn an affiliate commission.